by Nathan Sandhu
in Automotive 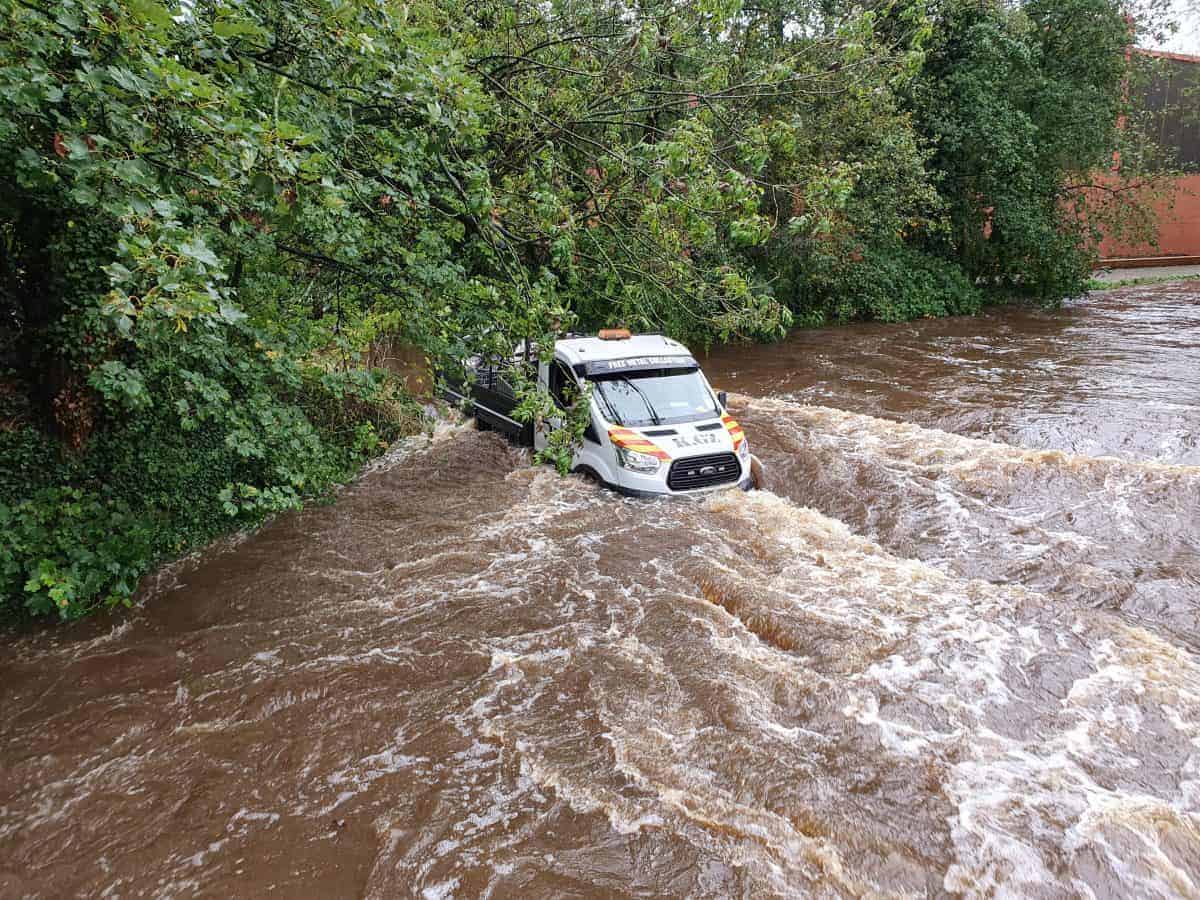 A van driver who had to be rescued from a fast-flowing river after following directions from his SAT NAV has been dubbed ‘unbelievably stupid’ by fire crews.

The transit driver, a passenger and a dog had to be rescued from his van when it became part-submerged in the river which had been swollen by torrential rain.

Four fire engines had to deal with the rescue – at a cost of thousands of pounds to the public purse – after the van was in danger of being swept down the raging river.

North Yorkshire Fire and Rescue were called at 3.52pm yesterday (Mon) to reports of people trapped in the flowing water as stormy weather lashed the region.

Fire station manager Andy Creasy criticised the van’s occupants after he asked them why they had attempted to cross the River Ure in Ripon, North Yorks., only to be told “my Sat Nav said this way”.

Mr Creasy, who is also the district manager for Ripon, Boroughbridge, Lofthouse and Masham, shared the incident with photos of the submerged van on Twitter.

He said “Ripon Blue Watch along with multiple FRS resources from North Fire and Rescue Service were mobilised along with North Yorkshire Police to this.

“I had one question only, why did you attempt this? “The response was my SatNav said this way. Unbelievable stupidity.”

They rescued two men and a dog from the transit van marooned in the tributary of the River Ure.

They said “Crews from Ripon have rescued two male occupants and a dog from a transit van that drove into a fast-flowing river when crossing a ford.

“Please avoid fast-flowing water with current weather conditions as they are.”

The van was later hauled from the river with winches and pulleys.