The haul was discovered by Border Force officers who stopped a Volkswagen Passat arriving at the Port of Dover from Calais on Friday. 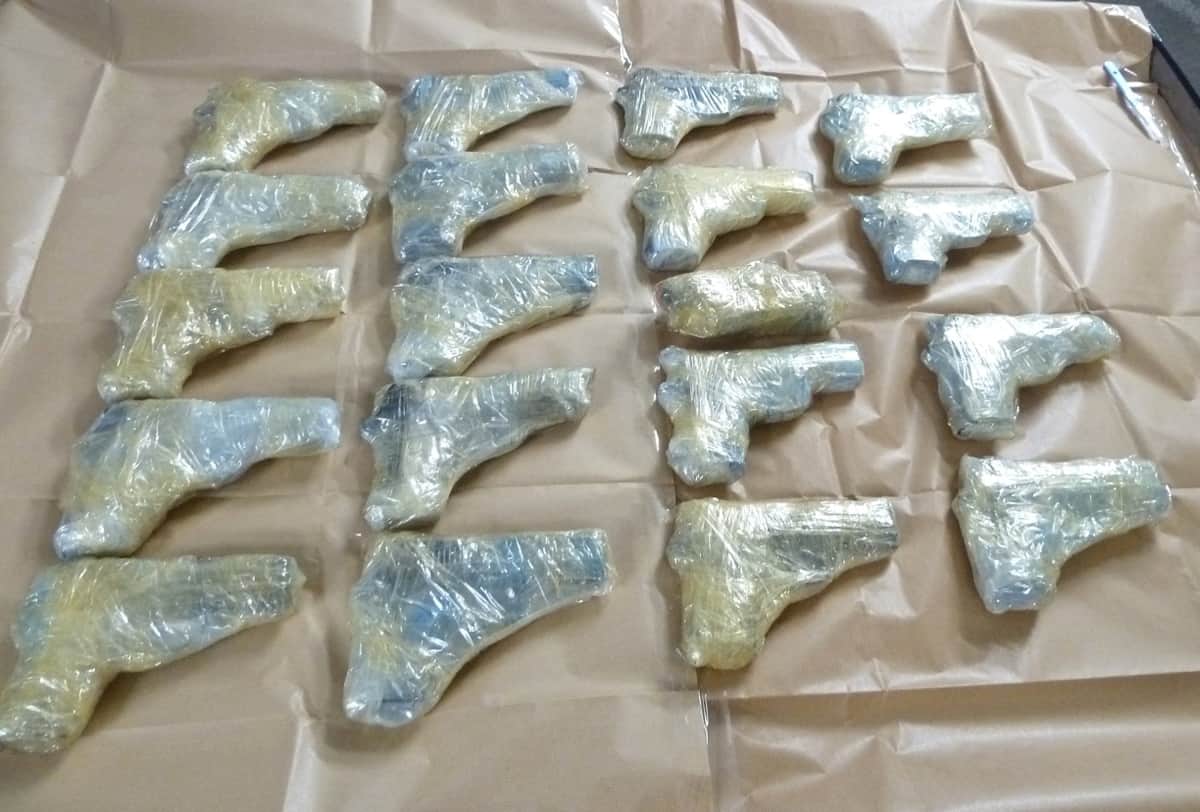 A man has been charged with  illegally importing firearms after 60 guns were found hidden in car.

The National Crime Agency (NCA) said the haul is believed to be the largest seizure of lethal purpose weapons at a port in the UK.

It was discovered by Border Force officers who stopped a Volkswagen Passat arriving at the Port of Dover from Calais on Friday.

The Border Force said the find has “undoubtedly saved many lives” while the NCA believes it could have a “significant impact” on the organised crime groups who tried to smuggle in the weapons.

A Sig Sauer P226 blank firing handgun, with a barrel converted to fire live ammunition was the first weapon to be discovered.

It was found in the car’s rear-left quarter panel.

Specialist search officers then unearthed another 59 firearms hidden deep inside the car’s bumper and both rear quarter panels.

Robert Keogh, 37, of Dublin, is to appear at Margate Magistrates’ Court on Monday charged with illegally importing firearms.

Andrea Wilson, the NCA’s head of regional investigations south, said: “This is a major achievement. The NCA and Border Force have removed a huge haul of lethal firearms and will have made a significant impact on the organised crime group responsible for this attempted importation.

“Our investigation into the seizure is ongoing but there’s little doubt that these weapons would have gone on the criminal market and into the hands of seriously dangerous individuals.

“The level of gun crime in the UK is one of the lowest in the world.

“But these weapons pose massive potential for harm, making their criminal use a priority for the NCA and wider UK law enforcement.

“The NCA works internationally to halt the flow of guns trafficked to the UK and Border Force is a vital partner in this work to protect the nation.”

Nick Drinkal, regional director of Border Force south east & Europe, said: “This is a significant seizure of lethal firearms that could have reached the hands of criminal gangs operating within the United Kingdom.

“The actions of the officers involved in this event have undoubtedly saved many lives and by doing so has highlighted the vital role Border Force plays, together with our partner agencies, in the fight against organised crime.”