The truck is stuck in Rock Street in the small village of Croscombe near Shepton Mallet, Somerset 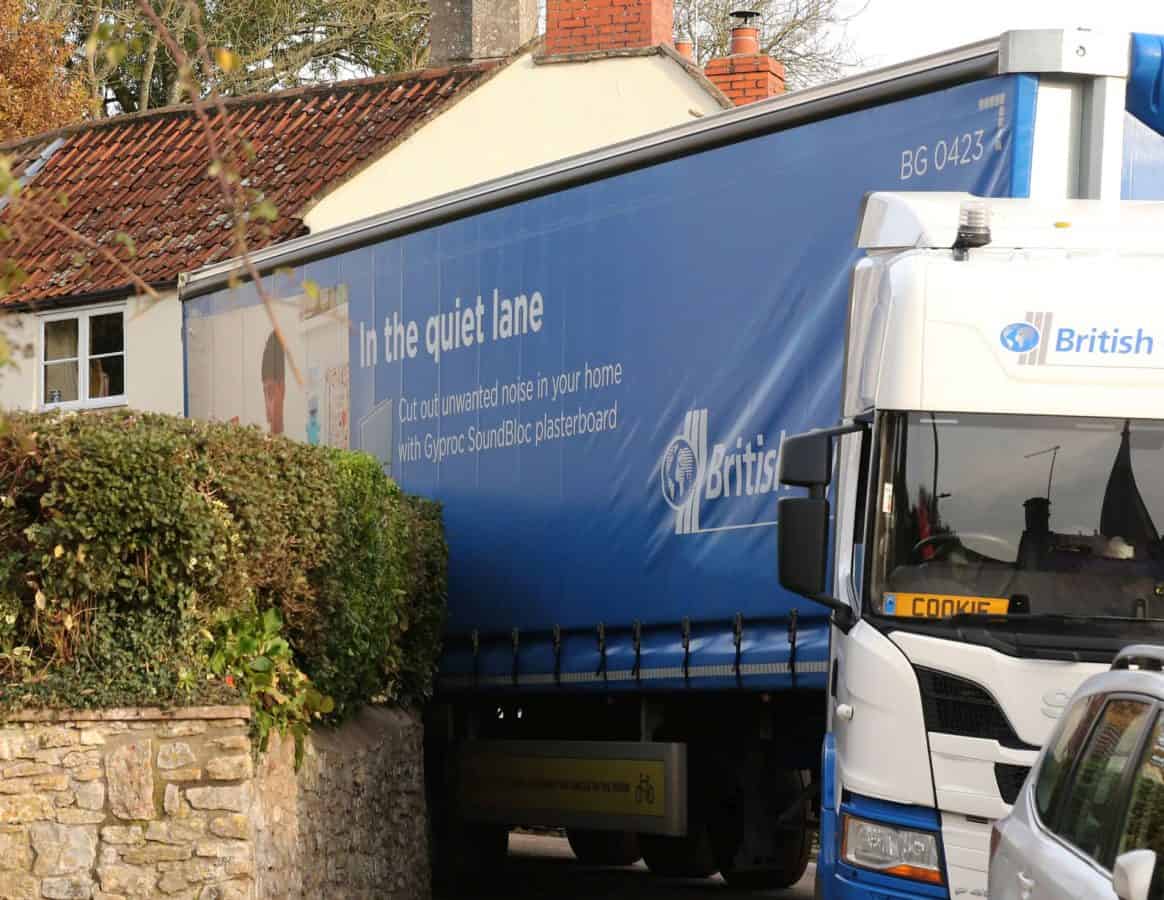 These pictures show a massive lorry featuring the slogan ‘in the quiet lane’ stuck in a narrow village road – for two days.

The truck is stuck in Rock Street in the small village of Croscombe near Shepton Mallet, Somerset.

Stranded on a steep hill in the rural village it appears the lorry is certainly in a tight spot with one local describing it “as well and truly stuck.”

One resident said this sort of incident is “a regular occurrence” on the narrow lane.

Reportedly the lorry has been jammed in place since lunch time on Tuesday.

The truck appears to belong to British Gypsum which makes soundproof plasterboard and features the slogan: ‘in the quiet lane’.

Andrew Plant, @BeebJournalist, said: Chaos in Croscombe. Locals say this happens half a dozen times a year – but this is by far the biggest blockage they’ve had in their village.

”The lorry came through the village yesterday following a sat nav. Now it can’t go forward – or back – and is blocking the road. Locals say it was wedged between houses at one point.”