Locals are seeing red over temporary lights, which have been in place for three years, that give them just SIX seconds to run 50ft across a busy road - and change only once a minute. 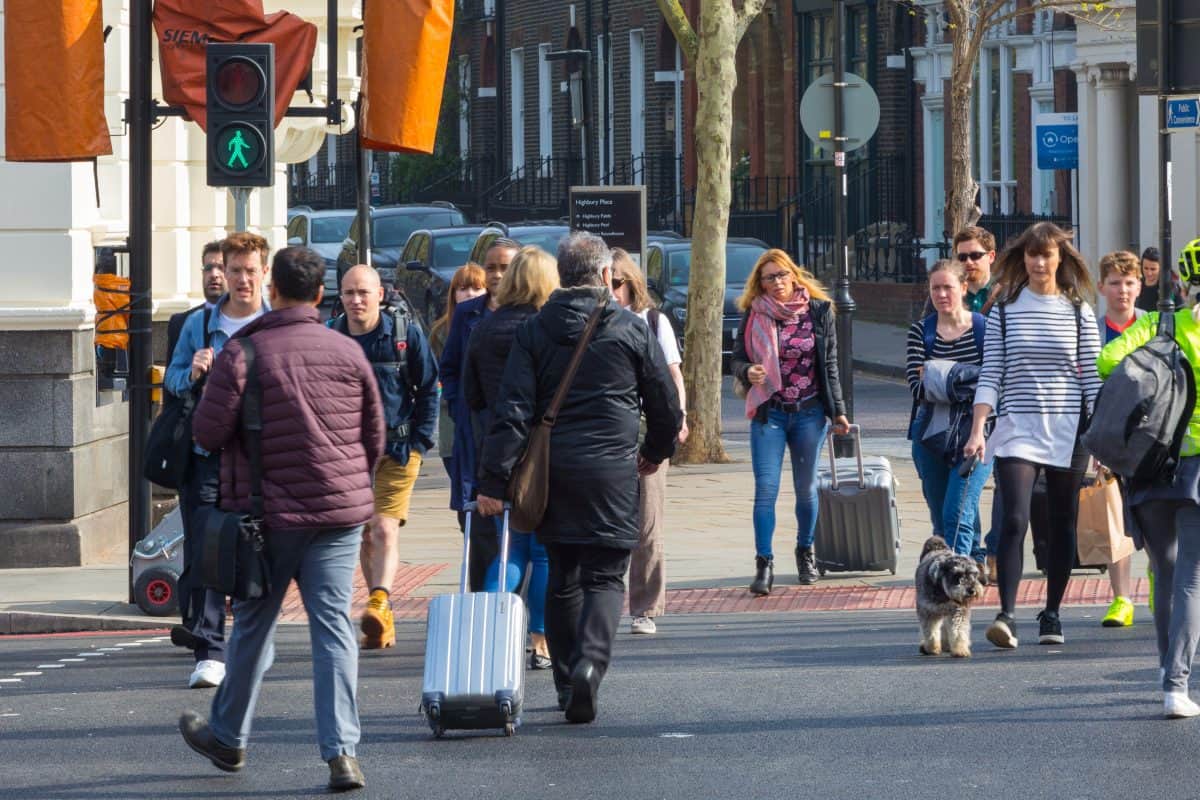 Pedestrians are being forced to run for their lives because a new crossing forces them to wait a minute to cross – and gives just SIX seconds to dart across the busy road.

Locals are seeing red over temporary lights, which have been in place for three years, that give them just SIX seconds to run 50ft across a busy road – and change only once a minute.

A councillor has joined in the criticism claiming transport chiefs were planning to make a hated scramble across the junction at Highbury Corner, in north London, even worse – by increasing the wait.

Despite its “extraordinary” minute-long waits for the green man, a councillor said the waiting time was set to get worse.

Cllr Caroline Russell said: “It’s the main crossing for everyone to get to the Tube station to get to work and where ever they are going.

“There’s six seconds of green and five seconds of black out before the light goes red for pedestrians.

“If you’re in a wheelchair or walking with small children you need enough time when you get across the road.

“What it feels like is that the pedestrians are being left with scraps of time whereas the roundabout traffic is being given a lot more priority.

“You’ve got a huge disproportionate number of pedestrians waiting to cross being inconvenienced, allowing this steady stream of vehicles.

“They feel like second class citizens. People just feel that they’re being left with an unfair deal.

“You do get people trying to cross in the gaps in the traffic which is dangerous.

“You see a lot of people waiting for what just feels like an extraordinary length of time.”

The temporary crossing is more than 50ft across and opposite the busy Highbury Corner tube station in north London.

Roadworks are turning a major roundabout used by lorries heading out of London next to the station into a two-way street with segregated cycle lanes.

Local Sam Sleight said: “Not on. It’s inaccessible for people that walk under 5mph.”

Another local, who asked not to be named, added: “You basically spend half your life waiting for the lights to go green, and then it all flashes before your eyes when you have to sprint across the lanes.

“There’s simply no time for little old ladies or less able people to make it across.

“It’s a disaster waiting to happen – you’re literally running for your life.”

Cllr Russell, also a London Assembly Member, added: “By Highbury Corner, it takes a minute from pressing the button.

“This weekend it switched over to a new arrangement – I understand it’s potentially an even longer wait for pedestrians.

“They have been putting up with temporary signals and living with roadworks literally for the last three years.

“We shouldn’t have people waiting forever after they’ve pressed the button to get a signal to cross.

“I think that what Transport for London needs to do is to think about what does healthy streets mean for temporary traffic signals – and it should mean giving pedestrians more time.

A TfL spokesperson said: “We are aware of the issues raised regarding the pedestrian crossing at Highbury Corner and are looking into what we can do to resolve these.”