The couple heading were heading to the British GP for a birthday celebration did not know their driver had no MOT, tax or insurance. 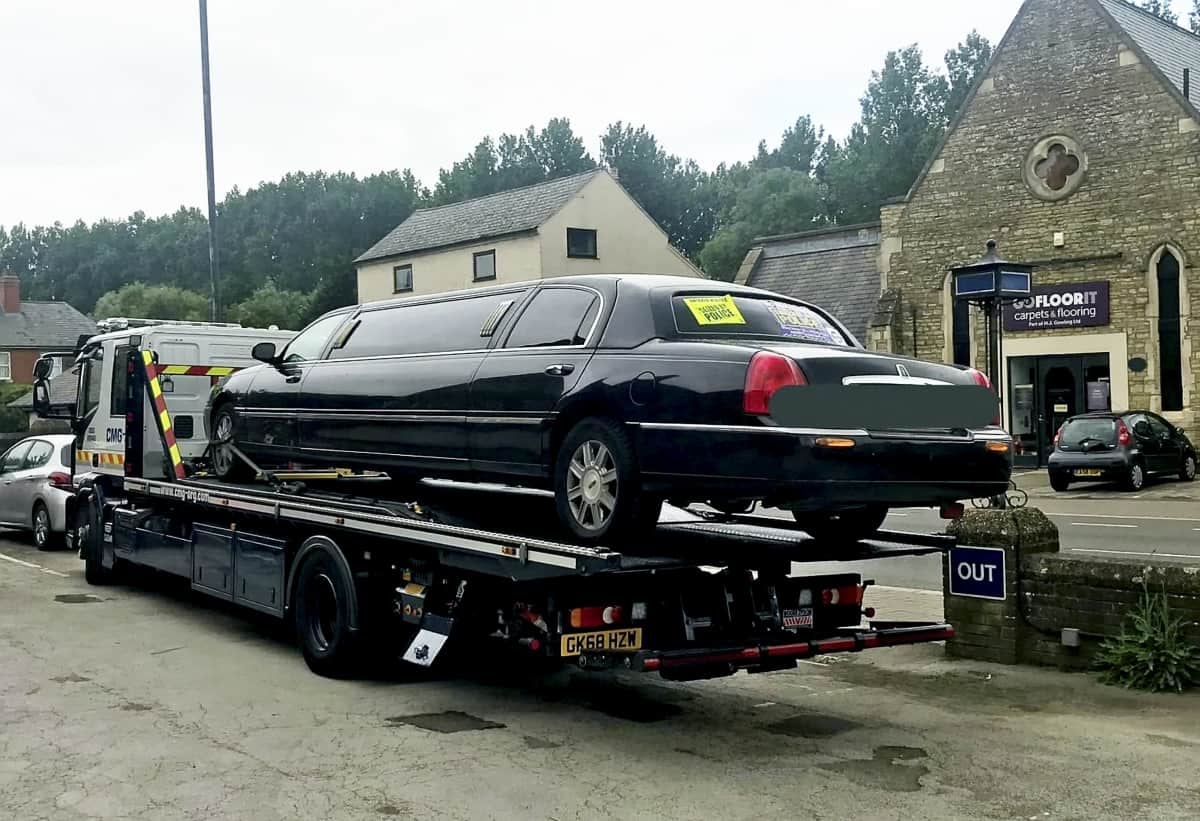 Police gave VIP Formula 1 guests a lift to the British Grand Prix after their limo was impounded.

A couple heading to Silverstone for a birthday celebration did not know their driver had no MOT, tax or insurance.

Officers got them on time to the track after the limo was taken to a secure compound on a low-loader.

PC Dave Lee said on Twitter: “This lovely couple were in the back of this Limo when we stopped it.

“They were on their way to the F1 for a Birthday Gift, not realising the driver had no insurance, tax or MOT.

“Least we could do was get them to the circuit in a bit more style.”

Lyn Jennings posted: “Nice one and to round it off Lewis Hamilton won! A birthday treat to remember.

Carol McDonald wrote: “Policing at its best I would say.”