Louis Moore, 21, was jailed for two and a half years following the horror smash in Birmingham 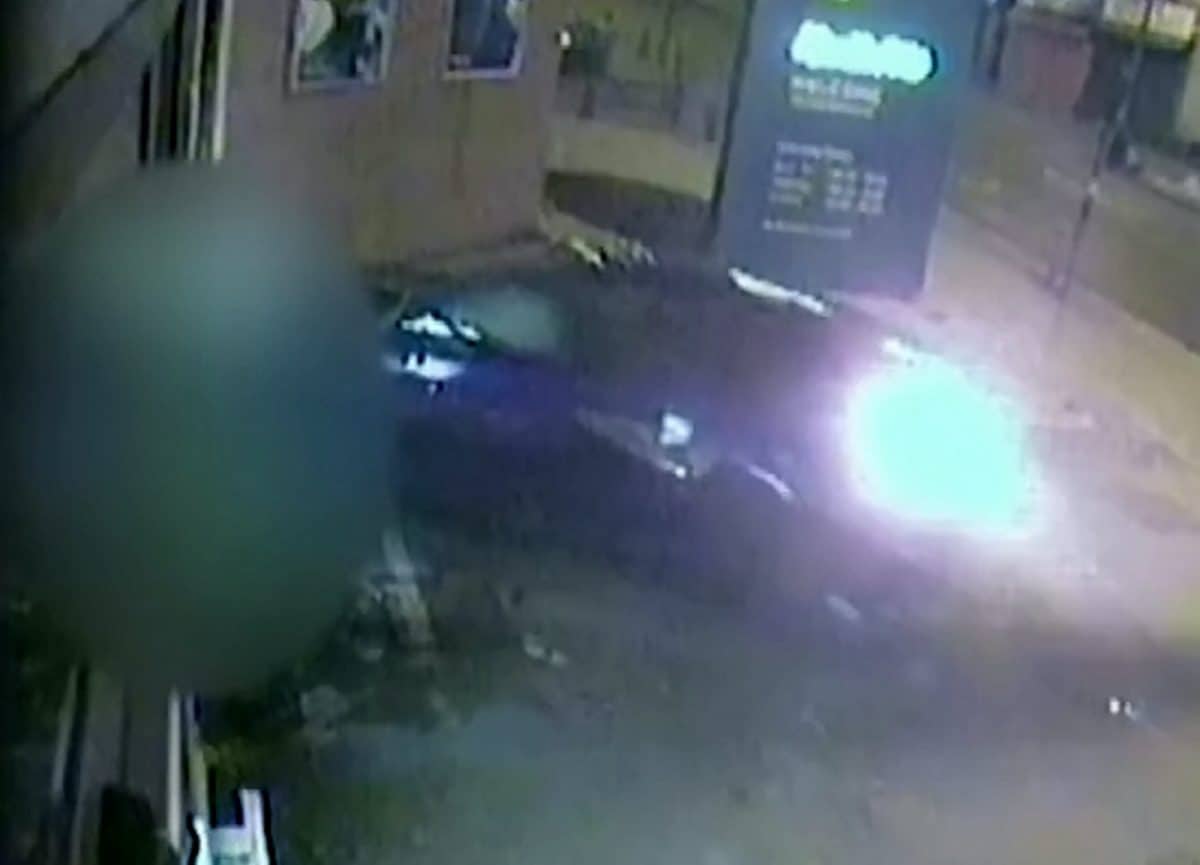 Heart-stopping footage shows a pedestrian avoiding death by a matter of centimetres after a drug-driver crashes into a wall following a 100mph police chase.

Dramatic CCTV shows Louis Moore, 21, leading officers on the high-speed pursuit though the streets of Birmingham on January 4 last year.

The motorist can be seen hurtling along 30mph residential roads in the Cotteridge area of the city before losing control of a stolen Ford Fiesta.

Shocking video, released by West Midlands Police, shows a man withdrawing money from a cashpoint as the car ploughs towards him.

The pedestrian manages to leap out of the way at the last second as Moore smashes his vehicle into a Kwik Fit garage next door scattering debris across the car park.

The shaken pedestrian can be seen hobbling away as a police officer checks on his welfare, before he returns to the ATM to collect his money.

Moore, of Northfield, Birmingham, was found to be over the twice the permitted cannabis level for drivers and only had a provisional licence.

He was jailed for two-and-a-half years and disqualified from driving for four years and three months at Birmingham Crown Court last Thursday (14/3).

He previously pleaded guilty to two counts of causing serious injury by dangerous driving after his teenager passengers were also badly hurt in the horror crash.