Graham Allen was almost double the limit when he bashed into 14 cars after downing booze with friends. 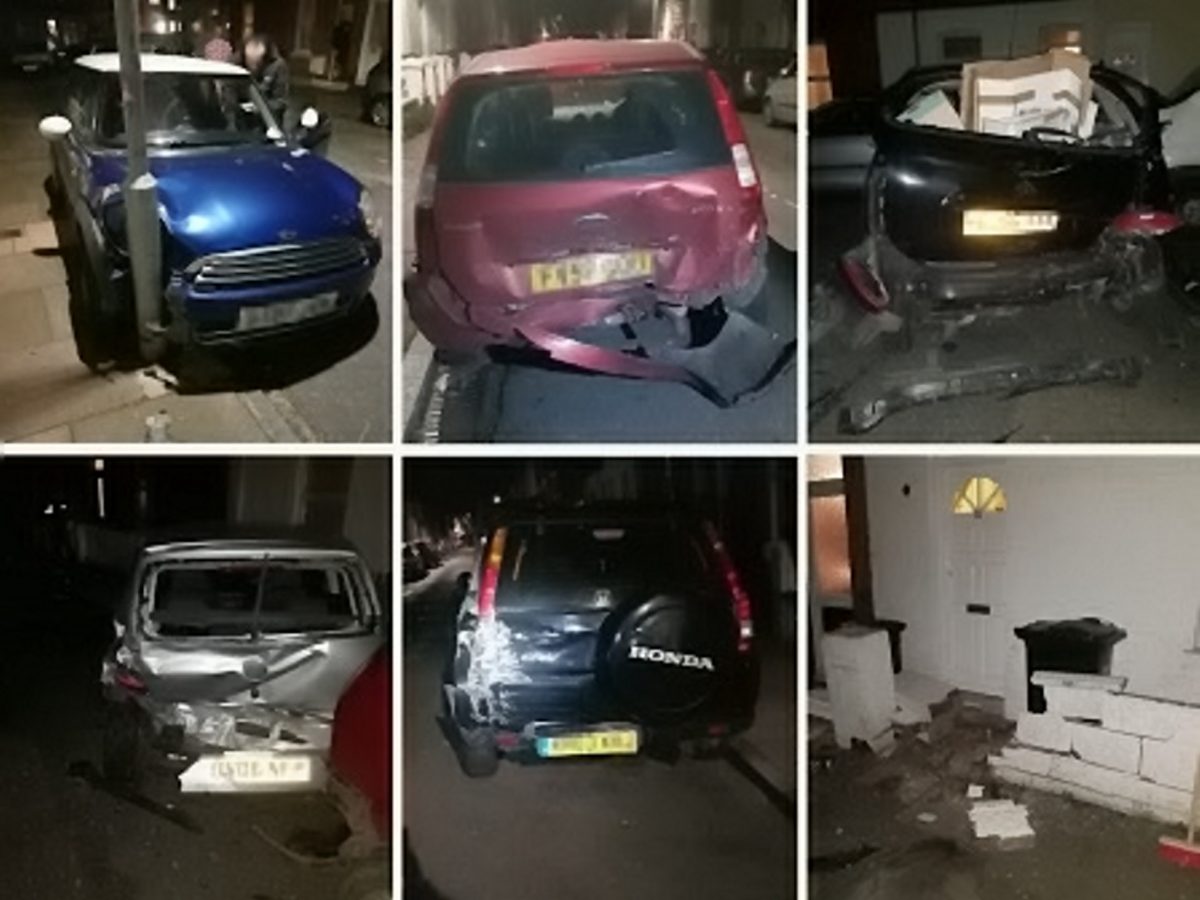 A drunk drove home after a night on the town with pals and smashed into a wall – and more than a dozen parked cars.

Graham Allen was more than double the drink-drive limit when he got behind the wheel of his Land Rover and tried to drive home, by bouncing off 14 parked cars.

The 56-year-old, of Eastbourne, East Sussex, hit two of the stationary vehicles so hard they spun round in the road.

Sussex Police were called to the scene, at around 9:30pm on January 5, after a member of the public told them they had seen someone pull up in a badly damaged Land Rover.

Removals operative Allen was found to have had 71mcg of alcohol per 100ml of breath in his system, more than double the legal limit of 35mcg.

In police interview, Allen stated he had been out drinking with friends, but did not count the number of drinks he had consumed.

He claimed he had only gone back to his car to get his coat, but then decided to drive in a “moment of madness.”

Sergeant Vicki Rees, of the East Sussex Roads Policing Unit, said: “Driving under the influence of drink or drugs is extremely dangerous and it can have dire consequences.

“Last year in Sussex, a total of 74 people were killed or seriously injured as a result of a collision involving a drink-driver.

“The level of damage caused in this case was clearly extensive, and had there been a pedestrian or a cyclist in the road at the time, it could have been a whole different story.”

Allen pleaded guilty to drink-driving and failing to stop after crashing into 14 vehicles and a wall, at Hastings Magistrates’ Court last Wednesday.

He was disqualified from driving for 20 months and sentenced to a 12-month community order, requiring him to carry out 150 hours of unpaid work – as well as a £450 fine and costs.