A total of 17 people were injured in the collision in Stevenage. 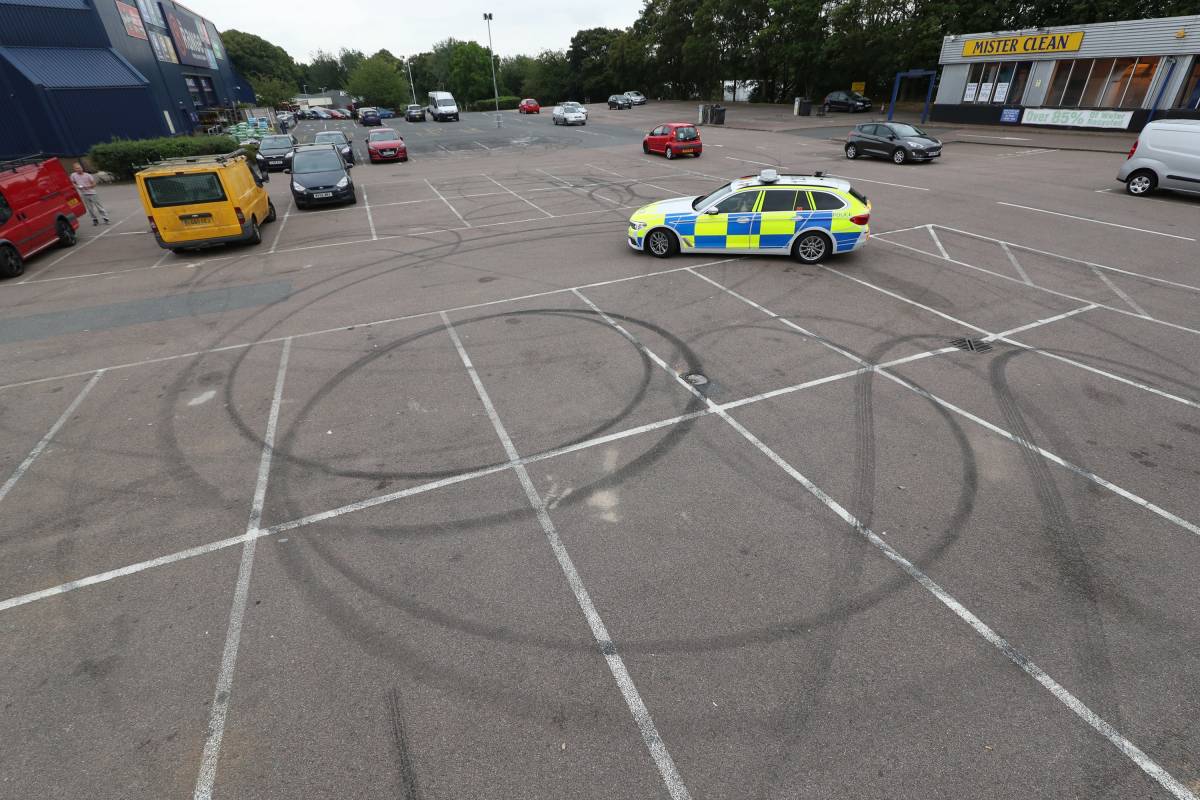 The drivers of two cars which crashed into crowds in Stevenage have been identified, Hertfordshire Police said.

In a statement, Assistant Chief Constable Nathan Briant said the pair had been interviewed as part of the force’s ongoing investigation.

A total of 17 people were injured in the collision that happened on Monkswood Way at around 9.45pm on Thursday.

Spectators claimed at least one of the vehicles involved, a Nissan 350Z and a Toyota GT86, was travelling at up to 70mph when the crash occurred.

In an update on Friday afternoon, Mr Briant said: “Hertfordshire Constabulary is continuing to work with partners to fully understand the events of yesterday evening in Stevenage.

“To date we have identified the drivers of both cars involved in the collision and they have been interviewed as part of the ongoing investigation.

“Hertfordshire Constabulary has never received prior warning of events such as the one yesterday evening, however we have previously responded to such gatherings where concerns have been raised by the public.

“Whilst the events do occur regularly, the meeting yesterday evening appeared far larger in nature than previous events, and it is now understood that an organiser had publicised the meeting on social media as a charity event.”

Mr Briant said police had identified 130 witnesses on Thursday night, with an investigation team formed to collect their statements.

He said a large number of people who left the area before police arrived are likely to be further witnesses to the collision.

People who were at the scene, particularly anyone with video or dashcam footage, are being urged to contact Hertfordshire Police.

Static meets are often held in closed-off spaces to allow enthusiasts to show off their modified vehicles.

Crowds had lined the main road to capture footage of the vehicles at speed.

A “devastated” event organiser, Rix Sidhu, said the crash was the first time the Cruise-Herts group had suffered a serious incident in its 17-year history.

Mr Sidhu said organisers urged people not to go out on roads, but some “went a bit rogue”.

He said the meet was held in support of the 4Louis charity, an organisation which supports those affected by miscarriage, stillbirth and the death of a baby or child.

Organisers were first-aid trained and a liaison officer worked with police to pass on the registration plates of anyone causing trouble, Mr Sidhu said.

He described witnessing the Toyota car “recklessly do a donut manoeuvre” before pulling out of a car park on to the main road and being hit by the Nissan which was travelling at speed.

“It was horrific, the crash,” Mr Sidhu said.

He added: “I’m thankful that nobody died.

“Nobody wanted this, we try so hard to make sure this doesn’t happen, we beg people not to race on the roads, if they want to race, there are places they can go for that, tracks where they can go at speed.”

He said organisers had decided to cancel all further meets.

The East of England Ambulance Service said it had taken 12 people to three hospitals, Lister Hospital in Stevenage, Watford General Hospital and The Princess Alexandra Hospital in Harlow.

The single carriageway section of A-road is in a non-residential area and passes a retail park near to Stevenage Football Club.

In July 2015, some 17 people were injured when a Ford Fiesta ploughed into a group of bystanders at a car cruise event in Plymouth, Devon.

A 19-year-old woman died and four others suffered life-changing injuries at an unofficial “car cruise” at Trafford Park, Manchester, in May 2018.