He was taken to Hinchingbrooke Hospital, in Huntingdon, Cambs., for a check after the incident which happened yesterday (14/7) in Manea, Cambs., 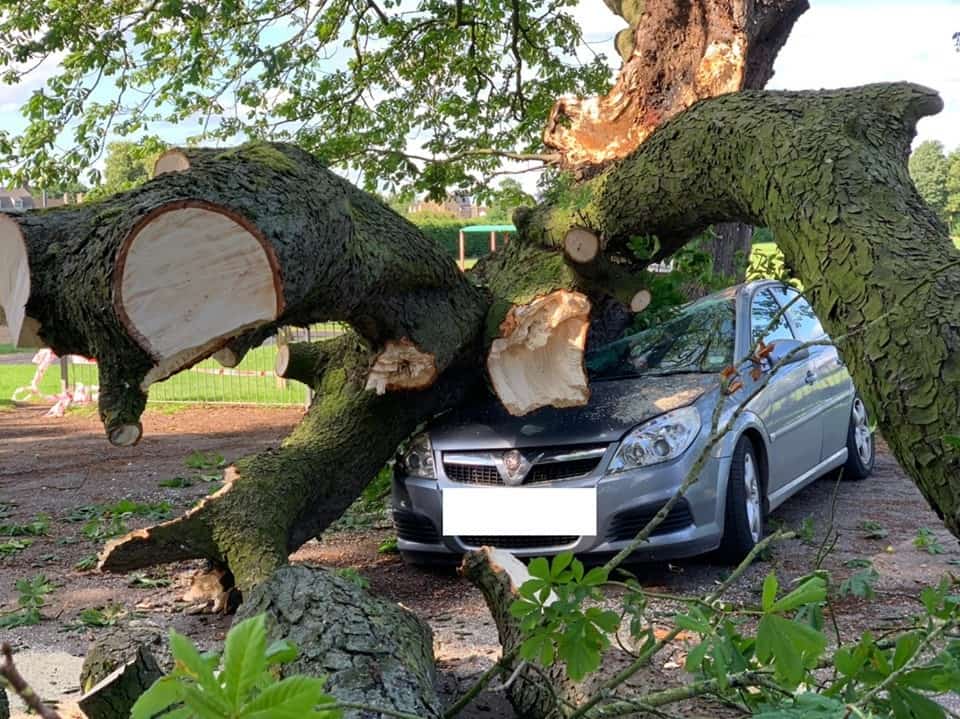 A motorist had a miraculous escape from death when a huge tree crashed down on his car completely crushing the passenger side.

The man, who was the only person is the car, escaped with minor injuries after part of a tree suddenly broke away and came crashing down on top of him.

He was sitting in the driver’s seat of the parked car when the incident happened.

The un-named man was taken to Hinchingbrooke Hospital, in Huntingdon, Cambs., for a check over after the incident, which happened yesterday (14/7) in Manea, Cambs.,

Police and firefighters rushed to the scene and the road was closed after workmen were called to clear the scene.

Sharing the shocking pictures of the crushed car, which appears to be a Vauxhall Vectra, Fenland police wrote: “Police along with Cambs Fire & Rescue attended the location this afternoon after a report that a tree had fallen on a vehicle that was parked.

“A male has been taken to hospital with slight injuries.

“On behalf of Cambs Police I would like to thank the members of the public who rallied round to clear the large tree from the road and the car.”

On the Facebook page for Manea one villager said he had visited the scene and “the huge tree is still standing; it looks like a massive part of the tree has come off the side.”

Another said she felt lucky as she was with her daughter who had earlier been in the area and at one time was under the tree.