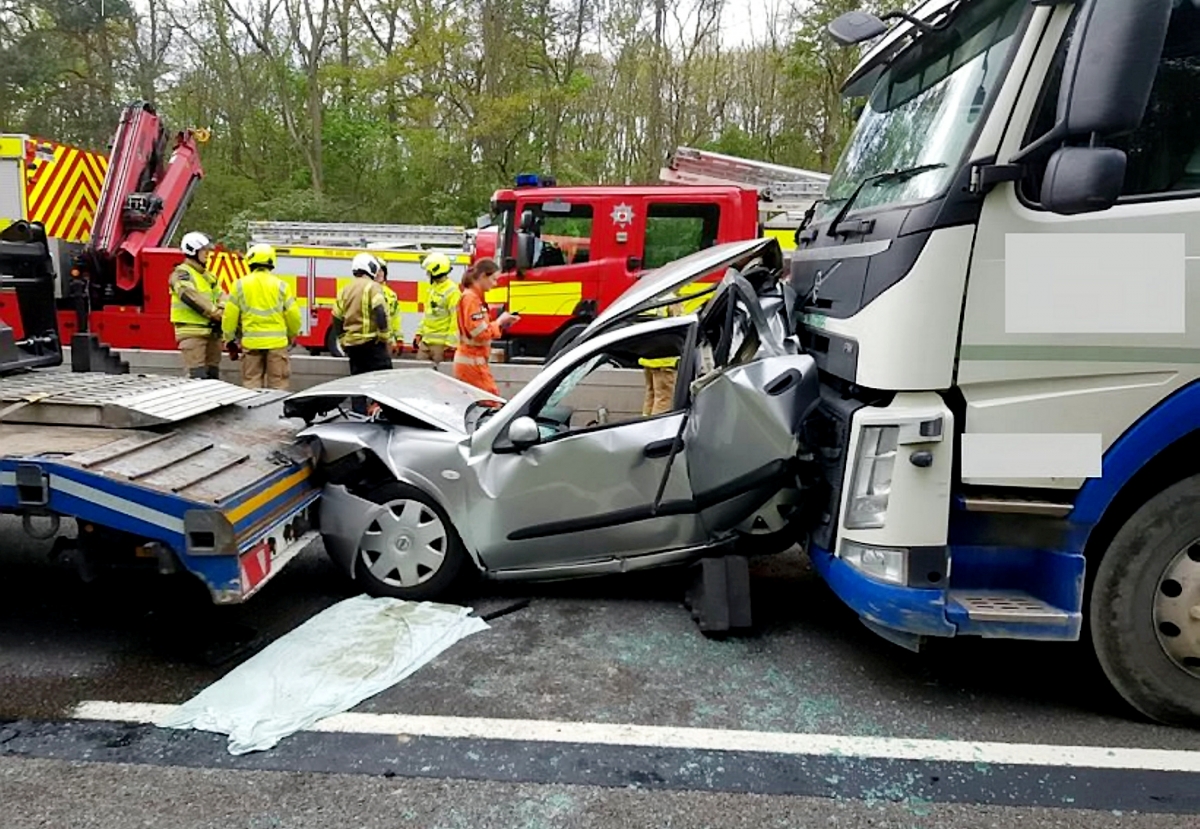 A driver had a “miracle” escape when his car was completely crushed between three lorries in a horrific motorway crash caused by tailgating.

Police issued graphic pictures of the wrecked silver Nissan Almera with its back half totally buckled by the impact.

Despite the devastating damage to the car, the driver, in his 40s, escaped serious injuries.

He was driving between two lorries and behind another HGV on the M1 southbound between junctions 14 and 15 when the crash happened.

Rescue teams dashed to the carriageway following the pile-up at 12.30pm on April 29 and were stunned to see half the Nissan crushed flat.

Northamptonshire Police have released pictures of the crash to warn motorists of the dangers of tailgating.

PC Dave Lee, of the Safer Roads Team, said: “As you can see from the photos, the car in this crash was completely crushed.

“For the driver to walk away with only minor injuries is nothing short of a miracle as it’s often a very different outcome when we deal with crashes on the motorway.

“Had there been people in the backseat, they would almost certainly have been killed that day.

“We’re releasing these photos because we’re hoping the damage caused will encourage people to think about the distance they’re driving from the vehicle in front when they’re on motorways.

“Leaving that gap could save lives.”

Highways England’s Head of Road Safety, Richard Leonard, said: “We know that tailgating is a factor in one in eight casualties on the strategic road network and if you get too close to the car in front, you won’t be able to react and stop in time if they suddenly brake.”
ENDS