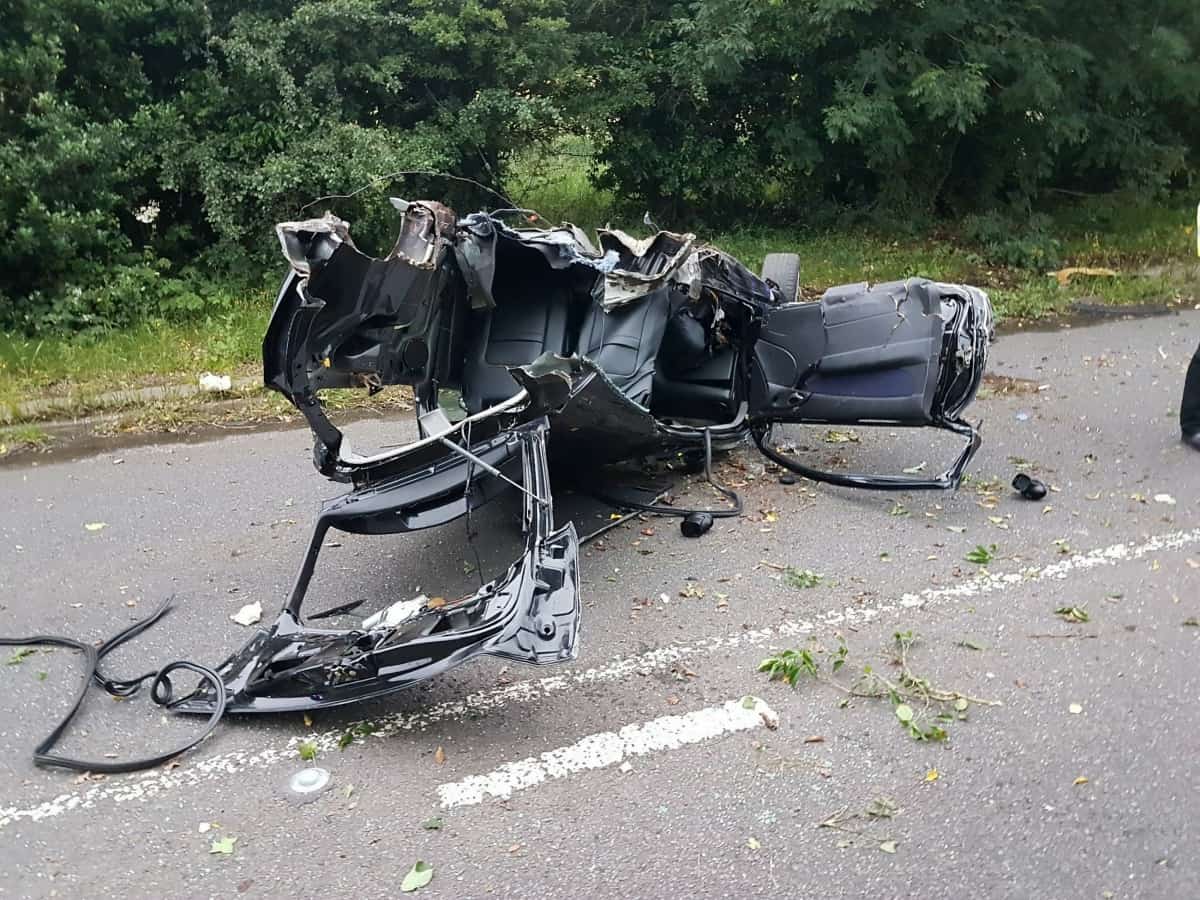 A driver miraculously escaped with minor injuries from the mangled wreckage of his car which split in TWO following a horror crash on a busy main road.

Shocking images show the extent of the damage to the vehicle, one half of which had overturned in the road while the other ended up in a field.

Two ambulances attended the scene and both the motorist, a man in his 40s, and the driver of the other car, a woman in her 50s, were taken to hospital.

The horrific smash occurred at 8.20pm on Wednesday (26/6) on the 40mph limit A34, near Pine Trees Farm at Huntington, Staffs., just after the Pottal Pool roundabout.

“One car had split in two with one half overturned with the other half in a field.

“Somehow the driver, a man in his 40s, had managed to get out of the wreckage himself.

“He was assessed at the scene before being taken to the major trauma centre at Royal Stoke University Hospital as a precaution, although initially his injuries did not appear to be too serious.

“Ambulance staff worked with firefighters to extricate the driver of the other car, a woman in her 50s.

“She was assessed and treated at the scene before being taken on blue lights to New Cross Hospital in Wolverhampton.”

Staffordshire Fire and Rescue Service tweeted: “We are currently at a road traffic collision involving two cars on A34 between Cannock and Stafford.

“Two people have gone to hospital by West Midlands Ambulance Service. We are working with Staffordshire Police to get the road open again.”