Frustrated your existing car doesn’t connect seamlessly to your latest phone or you want better fuel economy? To keep pace with consumers’ demand in the real world, the global automotive industry is relying on a more ‘virtual’ world of development Since the late 1970s car manufacturers have trumpeted the use of computers to design and […]

by Guest Contributor
in Automotive 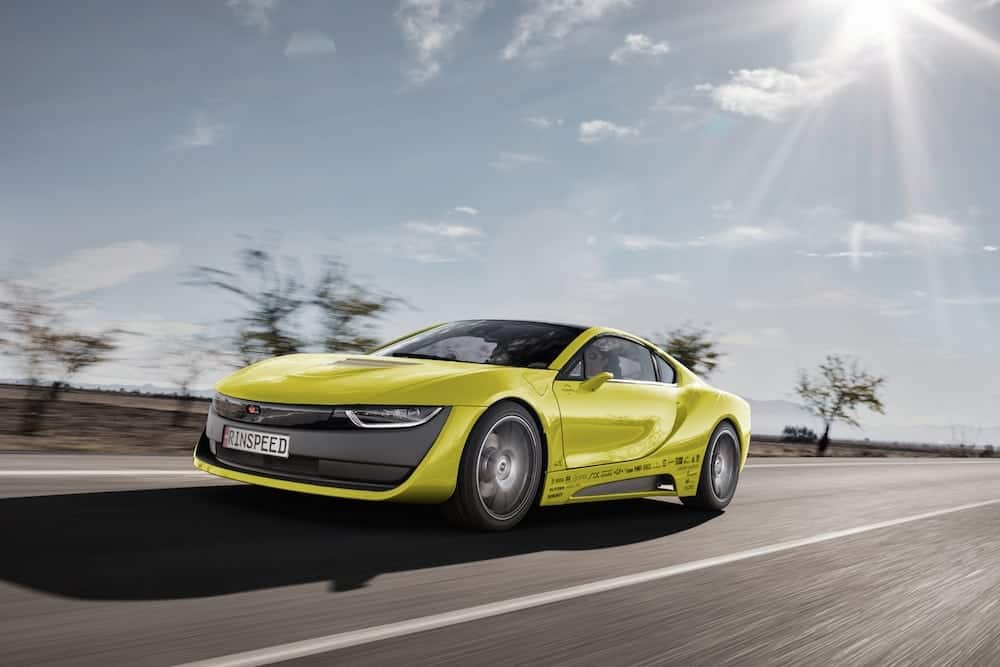 Frustrated your existing car doesn’t connect seamlessly to your latest phone or you want better fuel economy? To keep pace with consumers’ demand in the real world, the global automotive industry is relying on a more ‘virtual’ world of development

Since the late 1970s car manufacturers have trumpeted the use of computers to design and build better cars. Whilst there was a considerable marketing spin to many of those earlier claims, just cast your mind back to the car adverts of the time, today’s strides in computing power mean the last forty-odd years may have simply been just a warm-up to the digitisation the automotive industry is embracing.

Digitisation is increasingly having an impact at every stage of the life-cycle of a car with major ramifications for the way they are designed and validated. The appeal to the car industry to look towards developing vehicles in a virtual world is, perhaps unsurprisingly, the potential cost savings it offers alongside the gains in time that are possible. 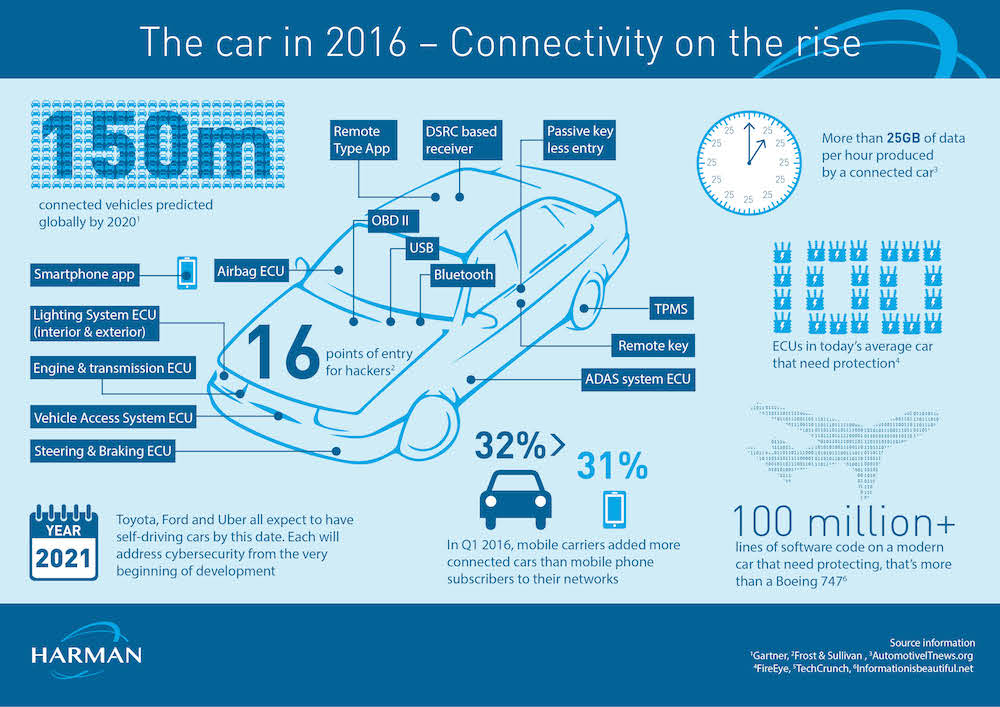 I want it now

Accustomed to the flexibility of today’s smartphones, consumers increasingly expect the very latest products and services in their cars too. In the near future, say the next three years, the car you buy at the dealership might not have the same options as the one you hand back two years later. Just like a phone, you will customise new features or services. To keep pace, car manufacturers are working with innovative suppliers such as infotainment giant HARMAN who is developing flexible electronics pioneering ‘over the air’ (OTA) updates to add or improve what the car can offer.

Research firm Gartner has suggested that by the end of 2020, up to 30 percent of connected vehicle models will have built-in, function-level OTA software update capabilities. Software fixes, feature upgrades and security patches can be deployed conveniently, efficiently and cost-effectively.

HARMAN and others will be able to eliminate software recalls and associated warranty costs, preserving the OEM’s brand image and improving customer satisfaction. “We are witnessing a step change in connectivity, fuelled by device-hungry consumers demanding to be ‘in touch’ wherever they go,” says Phil Eyler, executive vice president of HARMAN. “80% expect the car of the future to provide the same connected experience they experience at home, work and with their mobile phones.”

Car makers are starting to deliver but it’s early days. BMW, for instance, now offers support for the SmartThings app, which means you can change your household heating settings or even pre-heat the oven from the comfort of your car’s dashboard. 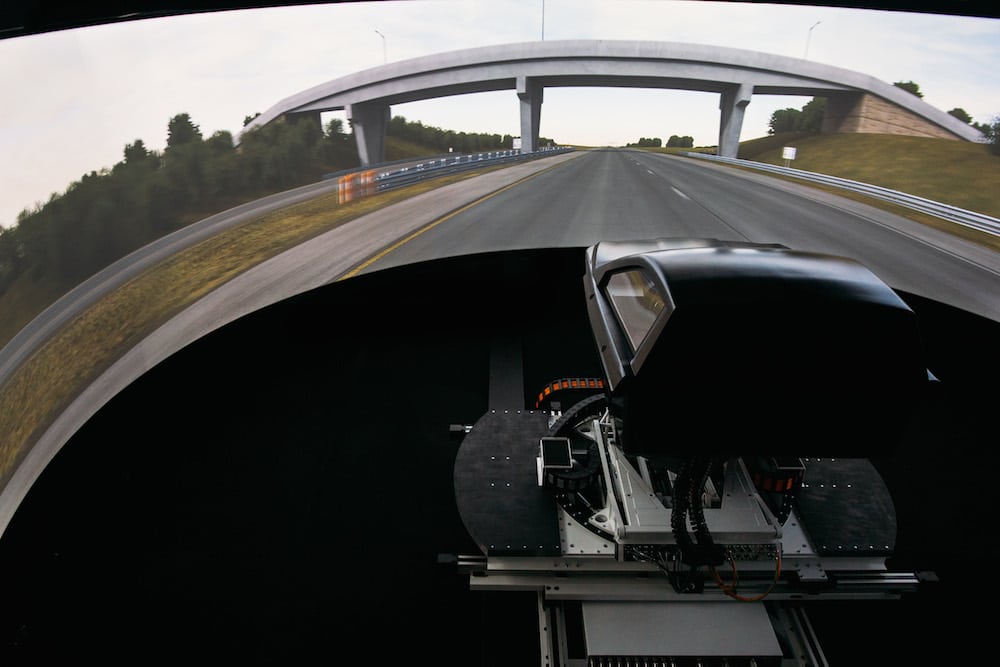 Starting from a virtual blank sheet of paper

Such examples highlight how digitisation will help the consumer during the life of the vehicle but how will it assist those developing the car in the first place? According to Convergent Science, developers of software that can determine the performance and emissions of an engine without actually building a real one, virtual design tools such as computational fluid dynamics (CFD) can save vast amounts of time.

“With our CONVERGE CFD software we’re aiming to introduce a more predictive workflow – one where engineers have the confidence to take virtual prototyping much further before they invest in physical testing. Once engineers put their faith in tools like it, they can realise step-changes in time saving. Engineers at UK engine manufacturer Ilmor say using our CONVERGE CFD software slashed development times by around 50 per cent whilst also providing a 75 per cent reduction in prototype build cost for its 2016 Indycar engine,” says Rob Kaczmarek, marketing director at Convergent Science.

“It’s an important cost-saving but it’s also allowing engineers to be more creative. They can try unorthodox solutions that might have been a high risk to build in real world but developing a virtual prototype allows engineers to be imaginative without worrying about spending lots of money! It’s not just race engines. The engineers at Peugeot said it is possible to do up to ten times more simulation in the same time with CONVERGE technology.” 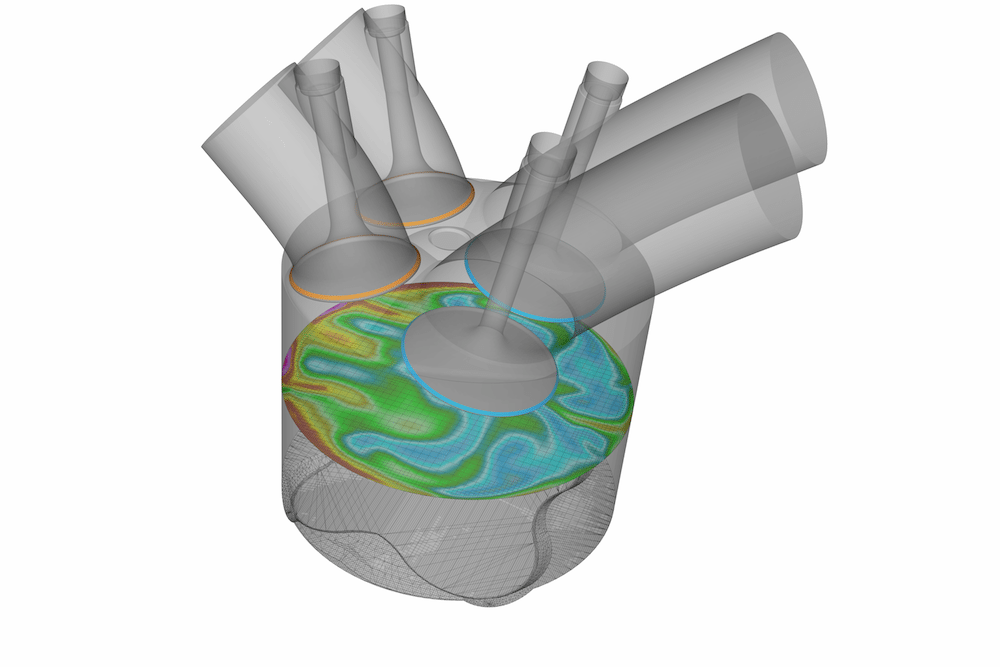 The example highlights the potential savings at the start of the design process but digitization will also enable the testing of new cars to become simpler and more cost-effective according to simulation engineers. “Building prototypes is a costly process,” says Phil Morse, technical liaison at Ansible Motion. “Using an ‘engineering-class’ simulator enables car makers to ‘virtually’ test a car anywhere in the world, at any time of the day or night, on any road, from your simulator housed in your engineering facility.

“One of the great benefits of simulator testing is repeatability,” adds Morse whose company supplies some of the top car makers as well as F1 teams. “You can test time and time again without wear and tear, round the clock. It also saves fuel, travel to far-flung places and time. More car makers are accepting it as a vital tool for validating the increasingly complex car.”

Just like CFD, driving simulators have existed since at least the 1970s – but recent developments in hardware and software have led to a step change in realism. Ansible Motion embeds a model of the human vestibular system, that’s the inner ear, in its software so the simulator stimulates the part of the body that perceives movement. Professional race drivers such as British rising star Callum Ilott, who have tried the firm’s development simulator, describe it as “more immersive, creating a more realistic driving environment than ever before.”

As well as assessing how a car could drive, Ansible Motion’s simulator can tackle some of newer challenges the car of the future will face. “Our simulator offers car makers the ability to monitor a human driver in controlled conditions and see how they respond when an autonomous car hands back to the driver.” You can also test the myriad of sensors that will grace autonomous cars. “Foam cut-outs and inflatable cars have been used for testing autonomous vehicles but only go so far,” says Morse. “However, some sensors need exactly the same input as it would in the real world. So you either use a simulator or ask one of your engineers to drive at two tons of oncoming vehicle.”

Digitisation won’t stop at the development phase. Smart factories, additive manufacturing and the growing prospect of Industry 4.0 have seen the production phases become increasingly digitised too. Designers, engineers and manufacturers are now sharing a common domain. Virtual reality headsets and other advanced 3D visualisation techniques are now commonplace in design studios. Integrate this data with engineering models right from the start it opens up a dialogue that would traditionally be delayed until later in the process. This can even be extended to allow customer focus groups to ‘experience’ concepts in the virtual world. 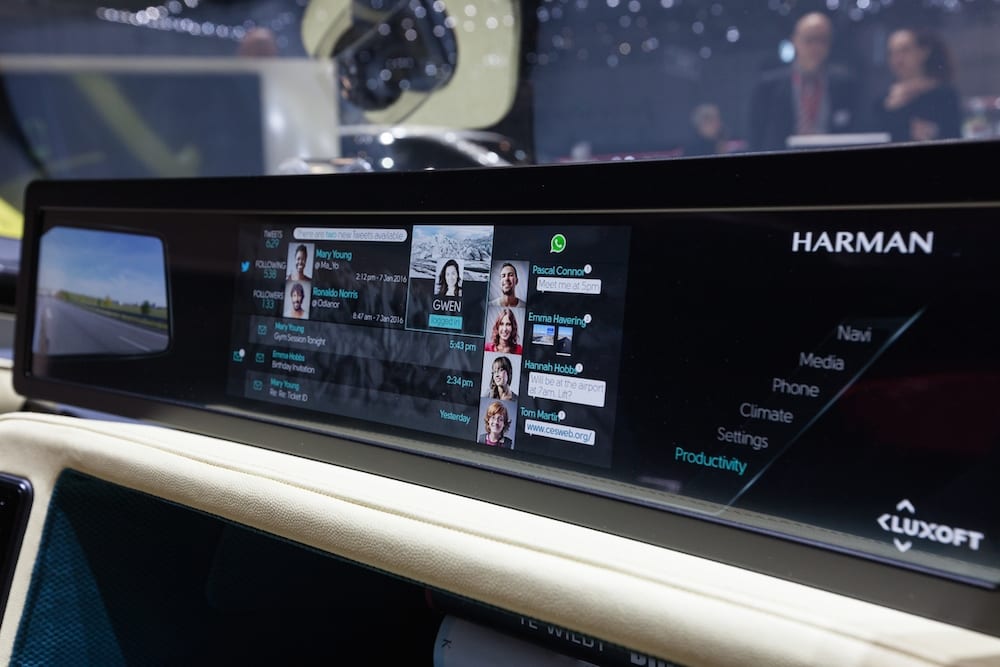 And that in essence is what it’s all about – reliable, repeatable and sharable data that allows engineers and designers to experiment with new ideas more freely. Ironically, it’s the digital world that’s putting human creativity firmly back in the driving seat of the next generation of car.