Apple is one of the most innovative and consistently interesting companies in terms of research and development. By following the course of the company’s extensive patent applications, it’s possible to find out what could be on the horizon for consumers. Its latest patent filing to be published is United States Application US2019003957. Originally filed in […] 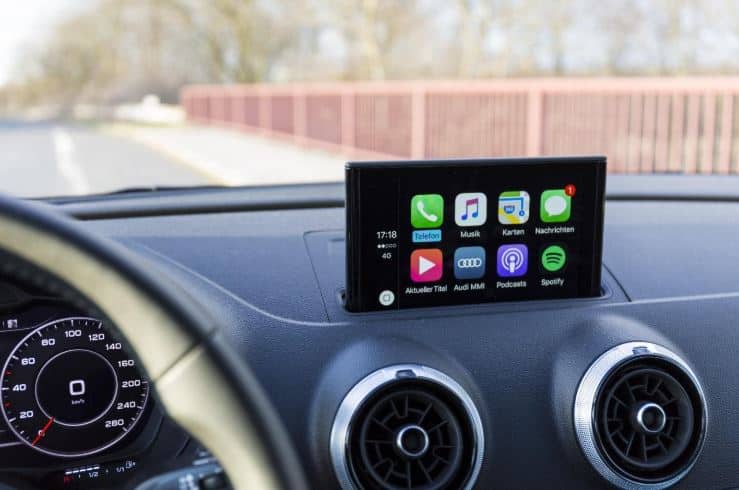 Apple is one of the most innovative and consistently interesting companies in terms of research and development. By following the course of the company’s extensive patent applications, it’s possible to find out what could be on the horizon for consumers.

Its latest patent filing to be published is United States Application US2019003957. Originally filed in February 2017, it was published recently on 9 February 2019. The patent is titled: ‘System and Method For Vehicle Authorization’. It describes technology that could create a vehicle unlock system using biometric authentication. Could this mean one day we will be unlocking our cars using facial recognition technology? Let’s look at the details of the patent for more clues on Apple’s plans.

What can the patent filing tell us?

The patent explains a system that allows a vehicle to be unlocked using mobile biometric authentication. It says: “Vehicles may be accessed and operated using a key or key fob. Typically, the key fob may provide a remote keyless entry system that provides access to the vehicle by unlocking the doors and additional functionality such as starting the engine. However, most conventional key fobs or keyless entry systems are single factor security systems that offer only a low level of security.”

It also talks about how some remote keyless vehicle unlocking systems are more vulnerable to security issues. For example, the car or vehicle can’t identify the person using the key or key fob, allowing anyone who can get their hands on it to open the door.

If the car can identify who is unlocking it, then not only is security improved, but it could tailor various functions towards the person opening the door. For example, a shared family vehicle could set a music play list for the identified person opening the car. Driver settings could automatically change for each individual too, such as the seat and steering wheel position and personal preferences for heating and air conditioning.

It would work in a similar way to a shared computer having separate user profile settings for each person, based on an individual logging in system. Biometric unlocking has become popular on smartphones and other devices that can use fingerprints and, in some cases, facial recognition technology to allow users to gain entry.

How likely is the patent to go into development?

Given that the patent filing was made in 2017, the two-year gap between then and it being published has seen many changes within Apple’s self-driving vehicle plans. This could also affect the likelihood of patents like this one coming to fruition.

For example, in January 2019, CNBC reported on Apple slashing its workforce on its secret ‘Project Titan’ autonomous vehicle project by 200 people. Despite this, Apple says it sees “huge opportunity” in this sector. The layoffs appear to be part of a planned bout of hiring reductions, but CEO Tim Cook was quick to issue a statement to investors reiterating that the division remains important to Apple. A statement released by Apple says: “We continue to believe there is a huge opportunity with autonomous systems, and that Apple has unique capabilities to contribute.”

As with all patent filings, it’s impossible to predict whether the technology will go into development and eventually come to market. However, it does show that biometrics and car security are likely to come into focus, particularly as companies move further into the field of developing autonomous vehicles. Perhaps opening our cars using facial recognition isn’t too far into the future.