The wayward centre lines were painted on Brockhurst Road in Birmingham 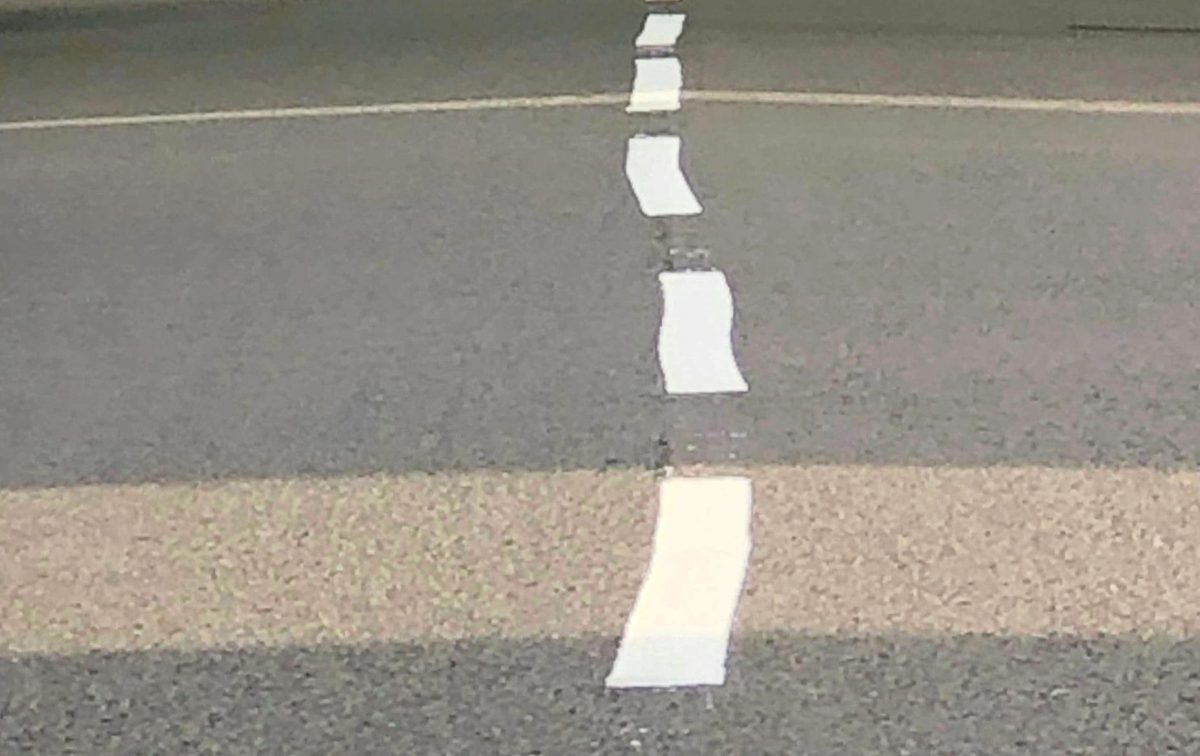 A council has ordered contractors into line – after they left these wonky road markings on a smart residential street.

He said: “I am appalled by the shoddy workmanship with curved lines, paint strewn over the highway and large splodges everywhere.

“I have had several complaints from residents and firmly believe the markings are not roadworthy which could lead to an accident.

“I have written to the head of highways requesting that the work is carried out again to a good standard.”

One said: “It’s a joke and looks like someone did it at night while drunk.

“It’s actually worse than having no lines at all. This is a nice area of the city but the road markings are rubbish.”

Contractors Amey have apologised and promised to re-paint the markings.

A spokesperson said: “Following an assessment of the road markings on Brockhurst Road, the decision was taken to redo the work at no extra cost to the city council.

“Failures like this are rare and Amey apologises for any inconvenience.”