RelatedPosts Despite international headwinds, Japan is on track for the Olympics ‘Crystal Palace Pandemic of Apathy’ – Are fans correct as they take on Brighton? Leicester and Maddison show their winning personality as they face Liverpool Super Bowl LV: Bucs vs Chiefs and Brady vs Mahomes Sport News 24/7 By Alex Dinsdale  @dinsadelic  @TLE_Sport Vicarage […]

Vicarage Road has been a busy place this summer.  New players, a new manager and even hundreds more new seats have all arrived in a flurry of activity to prepare Watford for their first season in the Premier League in eight years, and only their third of all time.  With the long awaited Elton John Stand finally completed after what seems like decades and the club restored to the top flight, there is a real buzz of excitement around the Vic.  Gone are the days of summer boredom for Watford fans, with the club’s Italian owners getting their wallets out and stepping up to the level expected of a Premiership club.

Watford have become one of the most prolific movers in the transfer market this season, so far bringing in an astonishing twelve players.  The club has invested wisely, adding players where the squad needed them last season and leaving those areas that worked well untouched, showing confidence in those that brought them up.  Most of the additions have come in defence as the forward trio of Troy Deeney, Odion Ighalo and Matej Vydra, who scored well over fifty goals between them last year, have been allowed to prove they have what it takes to be Premier League strikers.  Ighalo has certainly started on the right footing, scoring a wonderful solo goal in the opening 2-2 draw against Everton, leaving a certain £30m-rated John Stones flat on his back in the process.

The back four has been completely reshaped in light of last season’s poor defensive displays.  Only Craig Cathcart managed to keep his place for the Everton opener.  New boys José Holebas from Roma, Sebastian Prödl from Werder Bremen and Allan Nyom of Granada, another of the clubs owned by the Pozzo family, have come in to add steel and have also given Watford a back four of internationals, something promoted clubs don’t tend to boast.  Prödl has looked the most sturdy, although his lack of pace has not been seriously tested yet.  Nyom remains intriguing yet frustrating.  The right-back’s first instinct is to drive forward and dribble, taking on everything in sight.  Some may find this adventurous spirit endearing, but he will need to look for a pass every now and then if he is going to be a success.  With Napoli’s Miguel Britos and Chelsea loanee Nathan Ake yet to play, the defence has certainly been improved but whether it can hold out against the likes of Aguero, Hazard and Sanchez is another matter.

Even bigger names have been brought in to bolster the midfield.  Tottenham let Etienne Capoue travel a few miles north to join the Hornets, much to the surprise of many French observers who were very impressed by his performances for ‘Les Bleus’ and thought Tottenham never got the best out of him.  Along with Swiss international Valon Behrami, the two have formed an impressive defensive midfield partnership that managed to hold on for over an hour against Everton and gained a clean sheet against West Brom in a very entertaining 0-0, in which Capoue showed his attacking capabilities as well as his defensive stability.  Jose Jurado, signed from Spartak Moscow but known to manager Quique Sanchez Flores from his time at Atletico Madrid, is adding much needed width, something the young and promising Dutch winger Steven Berghuis will surely help with as well. Having scored 10 goals in 18 starts for AZ Alkmaar in last year’s Eredivisie, the fans are excited to see Berghuis start soon.

After two draws, the mood is still positive and hopeful, although the desire for a win still bubbles under the surface.  Not that the Golden Boys haven’t shown what they can do yet, having led twice against Everton and completely dominating a very defensive West Brom side.  Unbeaten in their first two games is a fantastic start to build upon and much better than the previous Premier League season under Aidy Boothroyd, where Watford coincidentally also began their campaign at Goodison Park but lost 2-1 and never looked like winning.  It is hard for any Watford fan at the moment to get too attached to a manager, Flores being the fifth in just over a year, but so far he has not disappointed.  Always smiling and well dressed, he reminds many of the Zola period only a few years ago, when Watford committed to attractive, attacking football just as they have attempted to do in their first few games.

Fans will not mind thrashings from the top teams, as long as the players give everything they have and try to win every game they can without resorting to negative tactics.   It will be a long and exhilarating season, with the threat of relegation never likely to be too far away.  There is still even time in the transfer window for one or two more names, with the latest linked name bizarrely being out of favour Kop flop Mario Balotelli, one sure to divide supporters.  But with all the additions that have been made, Watford have a serious hope of staying up and establishing themselves as a top flight club.  With the new TV deal billions about to be poured into the game, it is even more vital than ever to survive and remain one of the twenty best in the country.  Watford have a golden chance. 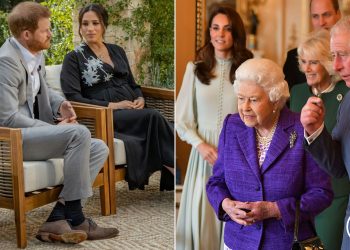