Sport can be wonderful, passionate, heart wrenching, but often it can simply be funny. So i’ve put together a top ten sports funniest moments…enjoy 10. Olivier Bernard – A French knockout. The former Newcastle fullback was minding his own business, when out of nowhere he felt the full force of a Laurent Robert bullet on […]

by Jack Lennie
in Sport 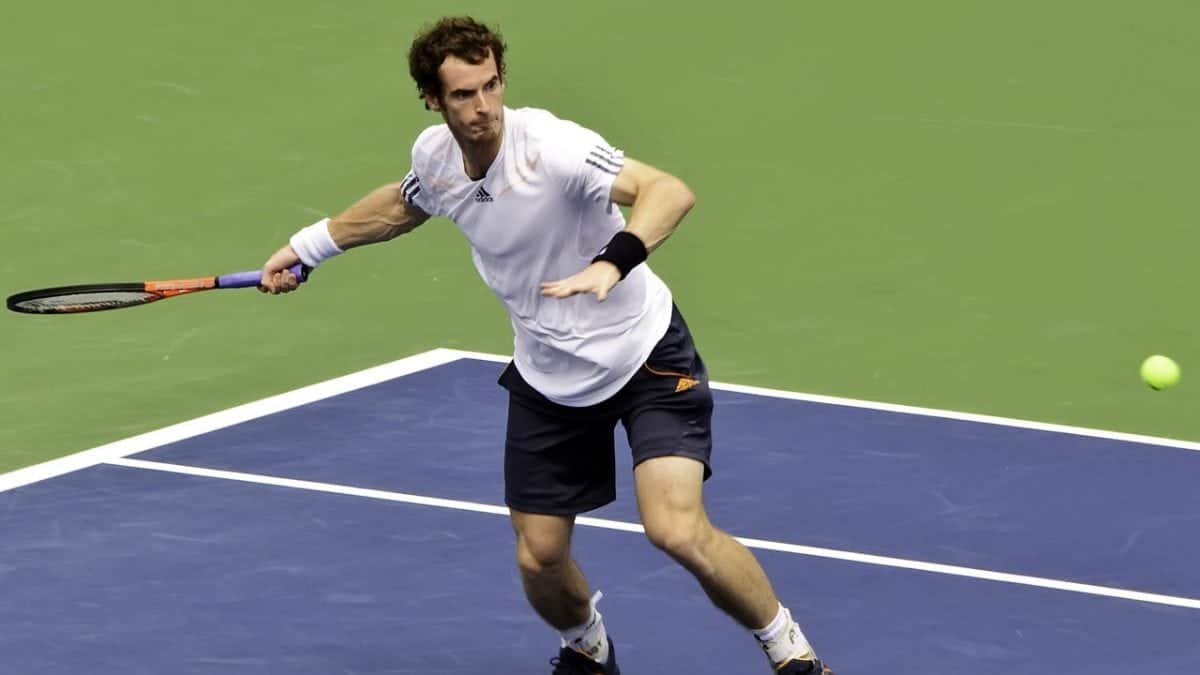 Sport can be wonderful, passionate, heart wrenching, but often it can simply be funny. So i’ve put together a top ten sports funniest moments…enjoy

The former Newcastle fullback was minding his own business, when out of nowhere he felt the full force of a Laurent Robert bullet on the side of his head. The way he sways around, dazed, and finally staggers backwards, is a work of pure, comedy genius.

9. Andy Murray – Loses in the final…again.

The sight of Murray losing another Grand slam final to Roger Federer wasn’t unexpected but his loser’s acceptance speech certainly was. The usually monotone Murray finally showed his human side, complete with high pitched sobs. This display of emotion helped the country fall in love with Andy, we all saw a different side to his robotic personality, and it was funny and endearing in equal measure.

8. Norwegian commentator – “You’re boys took a hell of a beating”.

After Norway beat England 2-1 in a World Cup Qualifier in 1981, Norwegian commentator, Bjorge Lillelien took it upon himself to rub salt in the wound, by calling out some famous Brits. Since then England have beaten Norway twice, but I’m still waiting for Clive Tyldesley to extract revenge by lauding it over all the famous Norwegians…such as chess champion, Magnus Carlsen and Musician, Vag Vikernes (I’ve never heard of them either).

We’ve all seen this by now, the former England manager getting himself into a pickle when being interviewed on Dutch TV. Arshenal, Masshive underdogs, Championsch League! To be fair to Schteve, he started a craze, with the likes of Joey Barton following in his footsteps, with his faux French accent. McClaren, you’re a trendsetter!

6. The Shockmaster – Worst debut ever.

World Championship Wrestling used to be the wrestling show to watch back in the 90’s. In this clip, new boy “The Shockmaster” has a mare when he trips over and loses his fabulously, glittery Stormtroopers helmet. Poor lad. Wrestling might not be a sport, but it’s funny, so it counts.

At the last Olympics in Rio, I was glued to my telly, watching the diving. But it wasn’t because Tom Daley was executing perfect double somersault tucks, with a half twist from the 10 metre board. It was waiting to see what these Philippine athletes would attempt and fail at next. 10/10 for effort.

When Phil Jones burst on the scene as a Blackburn youngster, he looked every bit a future England centre back, and that’s exactly what he became. His journey to international stopper has been full of incredible facial expressions and gurning that wouldn’t look out of place at Creamfields.

Quite simply the best ever answer given in a sporting interview. Asked “what he would be if he weren’t a footballer”? The former England hitman quipped, “A virgin”. It’s hard to disagree with Crouchy, I don’t know many women who go for the giraffe look. But there’s someone out there for everyone…step forward, model, Abbie Clancy.

2. Chris Eubank – How to walk backwards.

When I first watched this, I thought he was taking the piss. But it’s Chris Eubank, so probably not. Straight faced, explaining that it’s a skill he learnt from a young age. It’s walking backwards, Chris, we all learn that from a young age. He’s not even good at it, slipping and falling, whilst his colleague shows off by nonchalantly, walking forwards next him. Brilliant from Eubank.

1. Stuart McCall – Falls off a car

When Bradford gained promotion to the Premier League, you couldn’t blame Stuart McCall for celebrating with his teammates and the clubs fans. We are all glad he did because after a few too many, he decides to climb on top of a car and perform a dive that would be a bookable offence these days. I could watch this clip all day.