Team GB’s 366 athletes will wear illuminated shoes in the closing ceremony on Sunday night. With 56 medals so far and a fighting chance of coming in second place in the medals table, the Brits have certainly lit up the Games so far. Using Rio’s reputation for being the home of the carnival as its inspiration, Accrington-based Simon […] 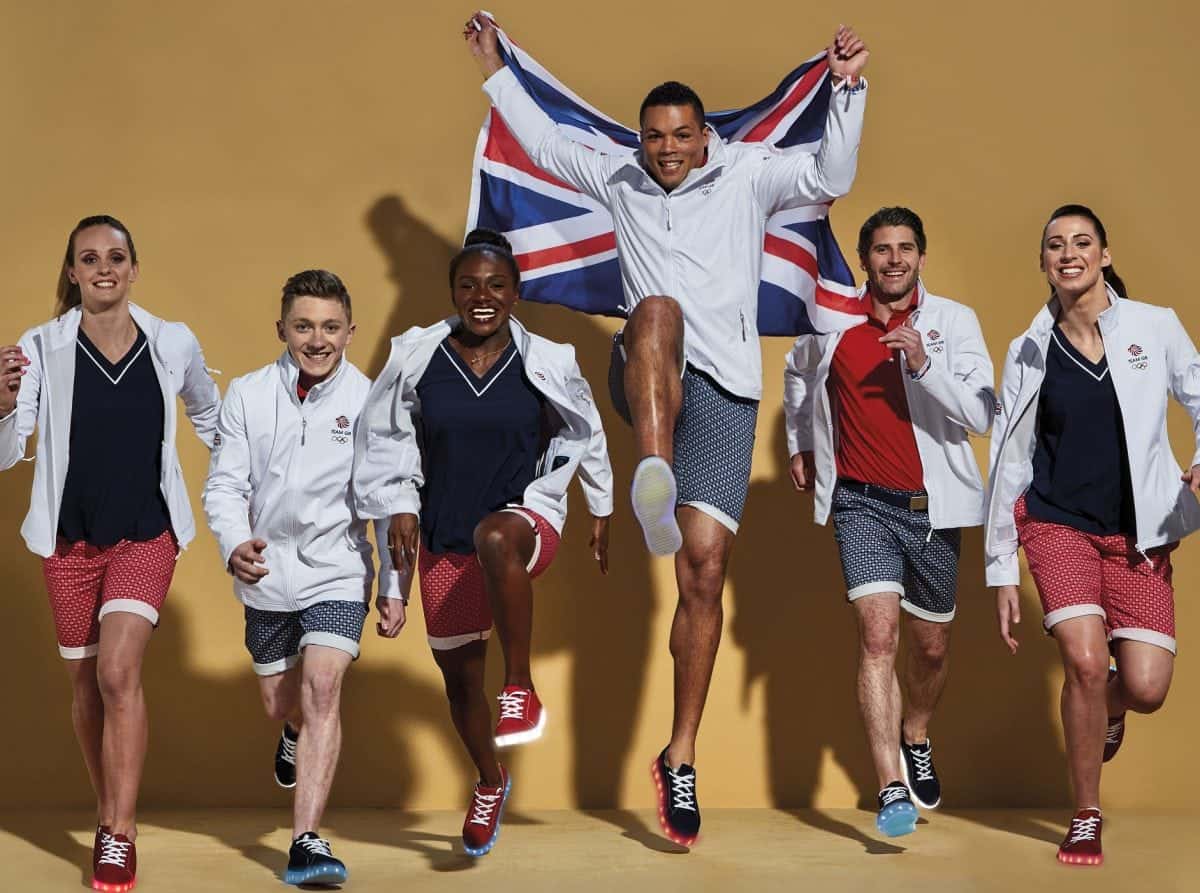 With 56 medals so far and a fighting chance of coming in second place in the medals table, the Brits have certainly lit up the Games so far.

Using Rio’s reputation for being the home of the carnival as its inspiration, Accrington-based Simon Jersey has created the sports stars’ Closing Ceremony outfits to help them draw their most successful ever away Games to a close.

Athletes will be wearing a pair of shorts – red for women and blue for men – and a white jacket, both of which incorporate the Team GB emblem of a lion’s head. The jacket will also feature a ‘thank you’ to Brazil in Portuguese and a ‘hello’ to Tokyo, the host nation of the next Olympic Games in 2020.

But to finish the outfit off, every athlete will be wearing a pair of red or blue shoes, with built-in lights in the sole – complete with a USB charger.

A spokesman for Simon Jersey said: “Rio 2016 has been another great Games for the team and after the buzz of London 2012, we wanted to mark the Closing Ceremony with something a little different.

“Rio is known for its love of parties and carnivals and wearable tech is becoming more popular, so we thought the most fun and patriotic way to use this in the outfits is through lights.

“The athletes all loved the shoes and are looking forward to wearing them. We just hope they remember to charge them before the ceremony.

“Creating two outfits which suit such a diverse team – from petite gymnasts to Amazonian rowers, has been a challenge, but it’s what we do for our customers every day – uniting teams of any size across the globe through our designs.”