By Geo Craig  After finally being appointed manager of Chelsea FC on 14 July,  taking over from Antonio Conte, eyebrows were raised at how late the London club had left it to appoint Maurizio Sarri. Promising an attractive, free-flowing style of football, fans were optimistic yet left wondering how long it would take for him […] 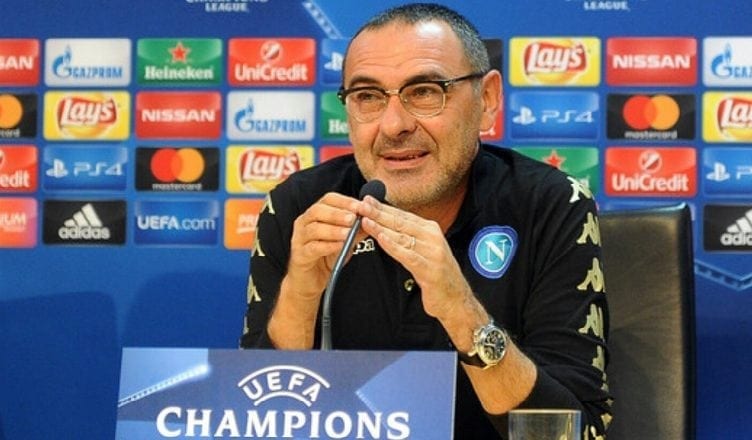 After finally being appointed manager of Chelsea FC on 14 July,  taking over from Antonio Conte, eyebrows were raised at how late the London club had left it to appoint Maurizio Sarri.

Promising an attractive, free-flowing style of football, fans were optimistic yet left wondering how long it would take for him to impose his ‘Sarri-ball’ style of football on a side so accustomed to the more traditional footballing styles of previous managers.

With an unbeaten start to life in the Premier League, a near perfect record and the talismanic Eden Hazard playing the best football of his career, it’s safe to say Sarri has answered the doubters, here’s why;

Sarri wasted no time in imposing his style of football on the Chelsea team, immediately ditching the 5 man defense, favouring a 4-3-3.

Out went the arduous, tactically rigid system that brought success at the expense of the enjoyment of the players.

In came a high-tempo, high-pressing passing game aimed at controlling possession with quick, sharp play. David Luiz was returned to the heart of the defence due to his ball-playing capabilities and Jorginho, a pass-master was brought into the heart of the engine room.

With Chelsea currently top of the Premier League passing stats (5,728 completed), and key squad members such as Hazard, Willian, Fabregas and Luiz publicly expressing their love for his style of football, Sarri is definitely getting the best out of a squad full of players that look a perfect fit for his tactics.

Sarri managed to make an instant impact in the transfer market too, wasting no time in completing the £57 million signing of deep-lying playmaker Jorginho, stealing him from the clutches of Manchester City.

There was no doubting the ability of the player, (if Pep Guardiola wants to sign a midfielder then he’s world-class) but the signing signified a bold an immediate shift in style in the heart of midfield from the workman-like yet brilliant N’golo Kante.

The Brazilian-born Italian midfielder has been nothing short of magnificent, controlling every match he’s played in and completing the most passes in the league thus far (853 total). Jorginho is Sarri’s manager on the pitch, directing his peers and instigating the press masterfully.

Another developing factor in Sarri’s reign at Chelsea is becoming his ability to get the best out of Ross Barkley.

After suffering from injury, his Chelsea career failed to launch in it’s early stages, but Barkley has been steadily improving this season, enjoying the increased freedom of a 3-man midfield.

Undoubtable potential, but often a frustrating player for fans and managers alike, it looks as though Barkley may finally be on-track to become a key player in Chelsea’s midfield this season.

Recent form has culminated in a stellar week, first being recalled to the England set-up by Gareth Southgate, and then putting in a match-winning performance in the Blue’s recent 3-0 win at Southampton, laying on an assist and bagging his first goal for the club.

Possibly the most notable impact of Sarri-Ball so far has been the reinvigoration of Eden Hazard.

Rewind 4 months and Hazard was flirting with a move to Real Madrid, clearly disenchanted with the negative style of play Chelsea had been playing last season.

One has to wonder what was going through the Belgian winger’s head when he was utilised as a false 9 away at Manchester City under Antonio Conte last season, barely touching the ball in the entire first half.

Under Sarri, Chelsea play attacking, possession-based football that is breathing new life into their best player.

Hazard has started the season in scintillating form, threatening with every dribble and scoring 7 goals in 8 games. Enjoying an increase in his goal-scoring output, Hazard is  simply unplayable on his day.

Sarri recently stated ‘he can become the best player in the world with more intensity’. It’s currently hard to argue with that assessment.

Chelsea’s early form has certainly catapulted them into the three-horse title race with Manchester City and Liverpool. Sarri’s ability to almost completely flip this Chelsea team’s style of football in limited time is earning plaudits from pundits and fans up and down the country. The Italian football-hipster has definitely brought the good vibes back to the Bridge after a disastrous campaign last season – Chelsea’s fans will be hoping his style is rewarded with substance in earning silverware for Roman Abrahamovich