Ellis - who gained the nickname 'Deadly Doug' during two spells in charge at Villa- passed away on October 11 at the age of 94. 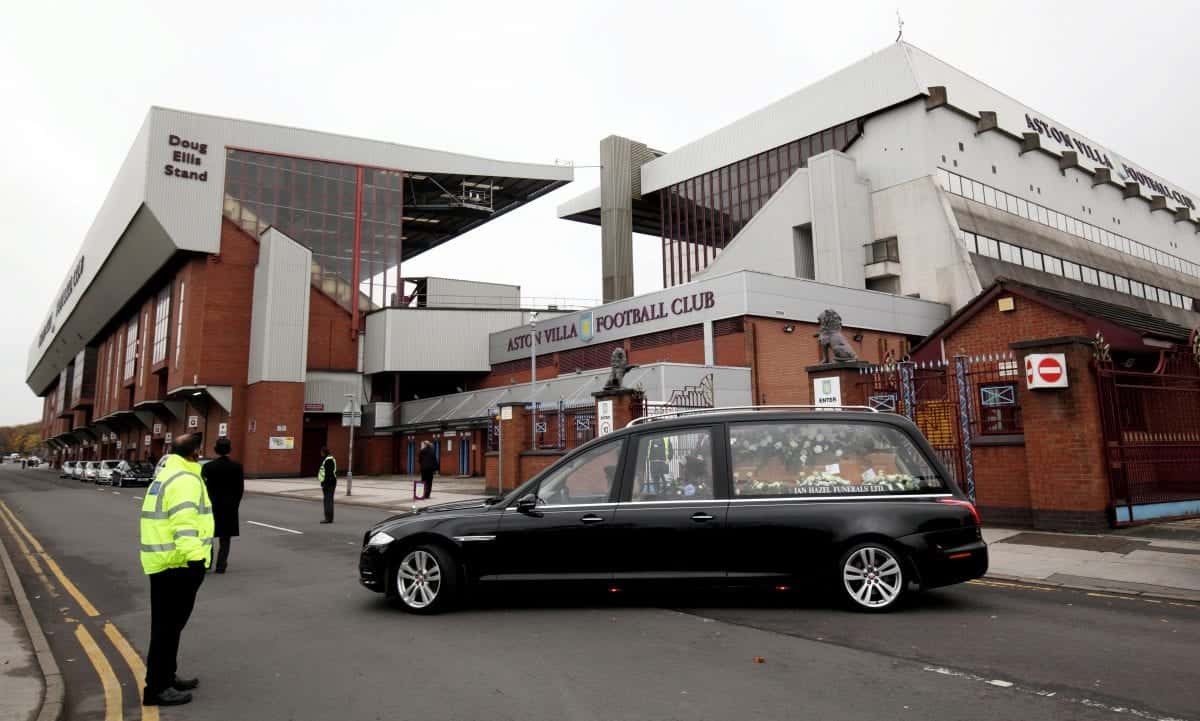 Famous names from the world of football gathered alongside hundreds of mourners to say an emotional farewell to former Aston Villa chairman Sir Doug Ellis.

Brian Little, David Platt and Bryan Robson were among the congregation at the businessman’s funeral which took place at Aston Parish Church, in the shadow of Villa Park. 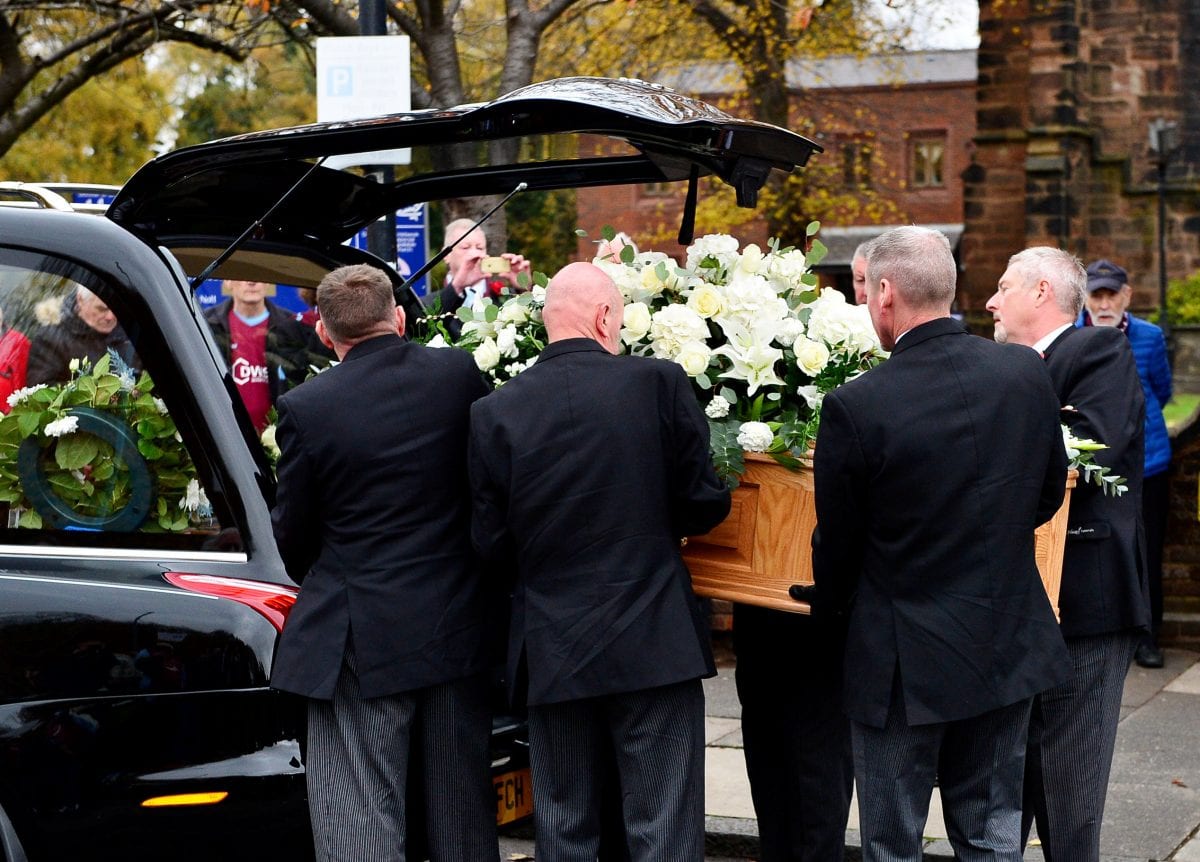 Ellis – who gained the nickname ‘Deadly Doug’ during two spells in charge at Villa- passed away at his home in Sutton Coldfield, West Mids., on October 11 aged 94.

Today (Fri) Villa supporters lined the streets draped in claret and blue to say goodbye to their former owner as the funeral cortege passed by the club’s stadium. 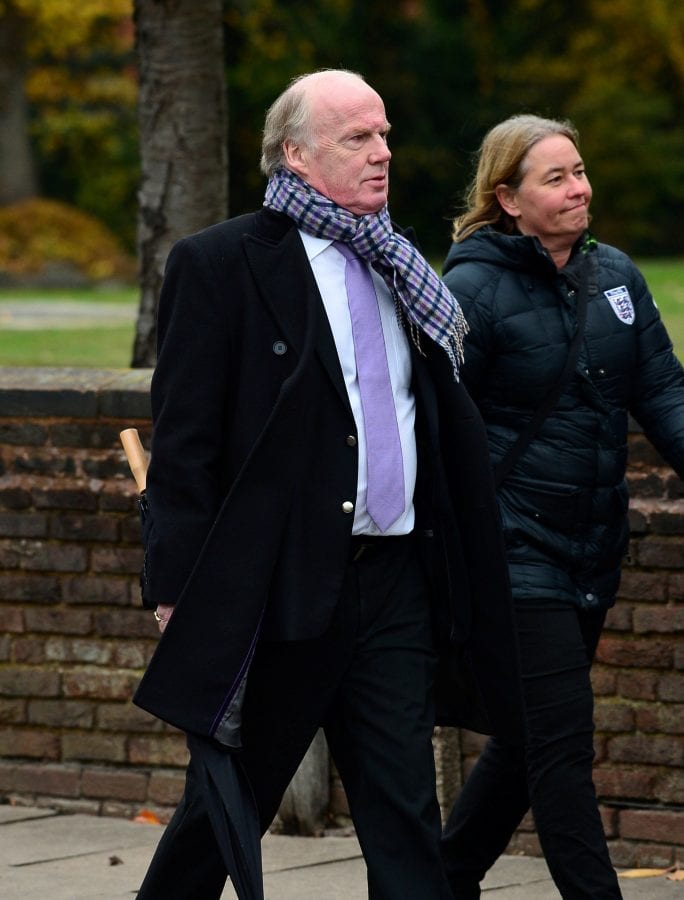 The procession, which included Ellis’ Rolls Royce with the registration plate AV1, then proceeded to church for a private service with invited guests, friends and family.

Mike Summerbee, former FA boss David Davies and ex-Arsenal chairman David Dein were also among 300 mourners those who gathered to pay their respects.

The service was led by Villa chaplain Reverend Philip Nott and featured a performance of the classic Ave Maria by soprano Katie Trethewey. 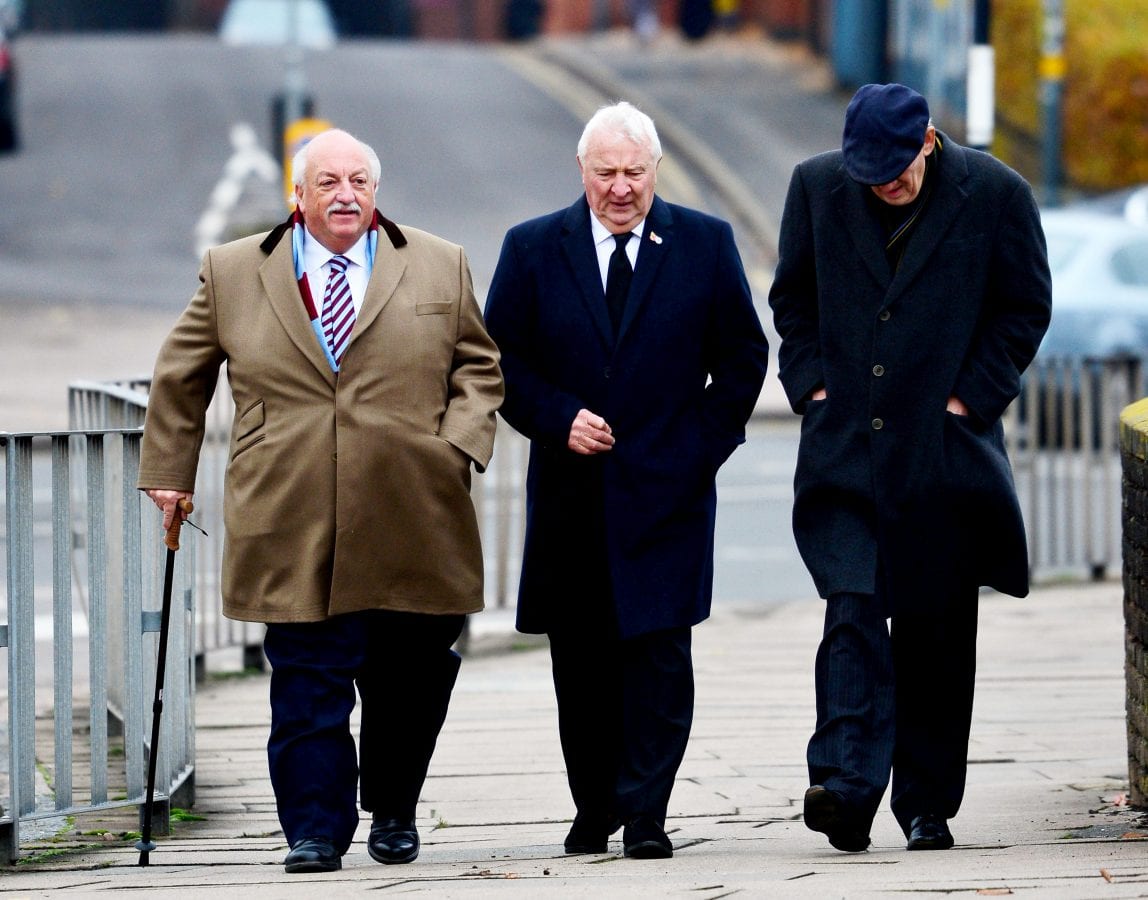 It concluded with the Bing Crosby and Louie Armstrong song ‘Gone Fishin’, in a light-hearted reference to Ellis’ passion for the hobby.

Ellis had two stints in charge at Villa spanning more than 35 years, firstly from 1968 to 1975 and then between 1982 and 2006, rejoining after Villa’s European Cup triumph. 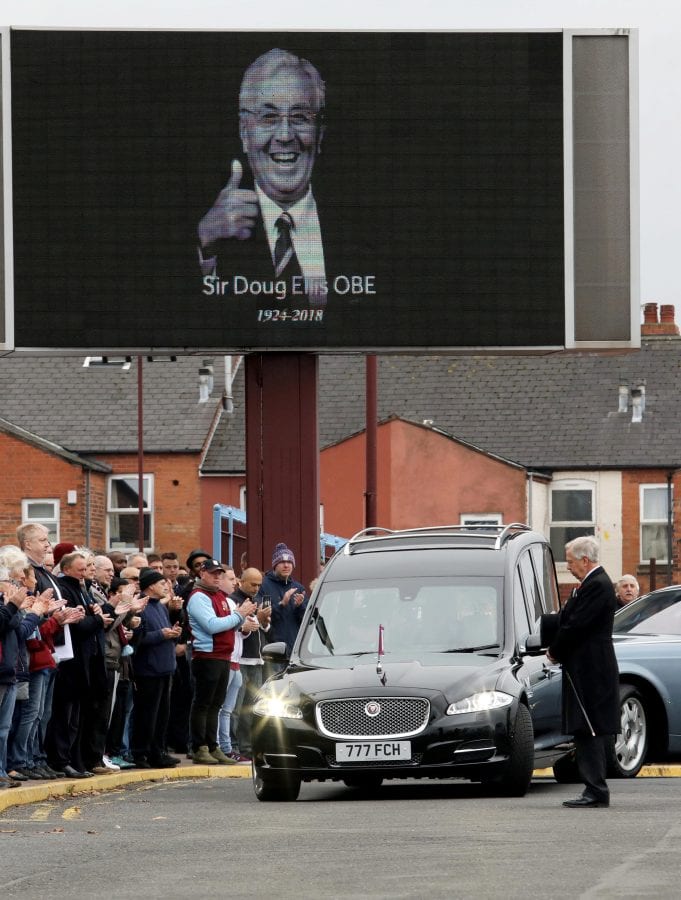 He oversaw 15 different managerial reigns -before selling the club to Randy Lerner in 2006 and was knighted in 2012 having donated millions of pounds to charity.

His death was announced just hours after the club appointed Dean Smith as head coach alongside John Terry. 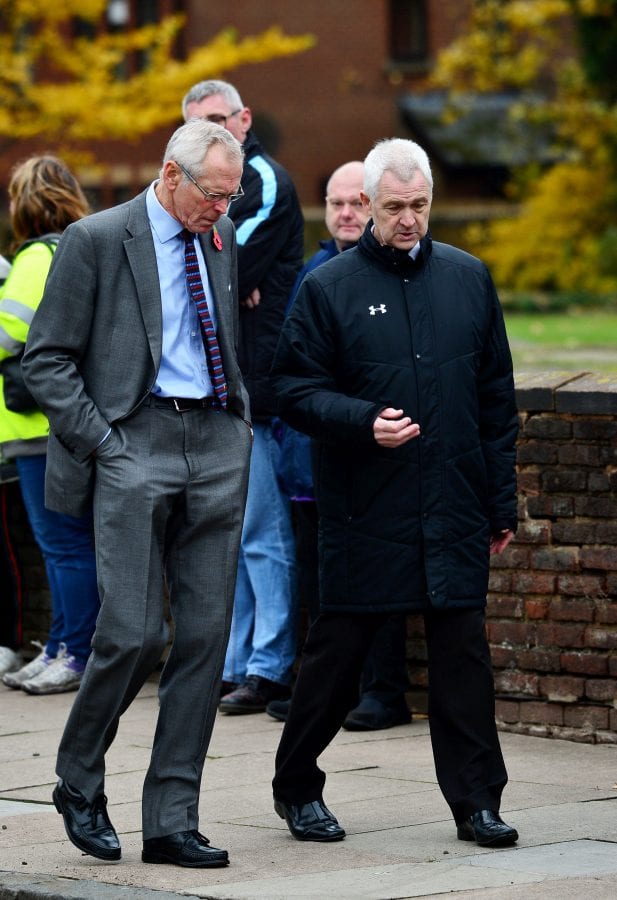 Ellis, a former trainee Royal Navy pilot and wannabe Tranmere Rovers footballer who was born in Hooton, Cheshire, is survived by second wife Heidi and his three sons.

Villa legend Brian Little gave a heartfelt tribute to the former club chairman, saying: “We thought he was indestructible”. 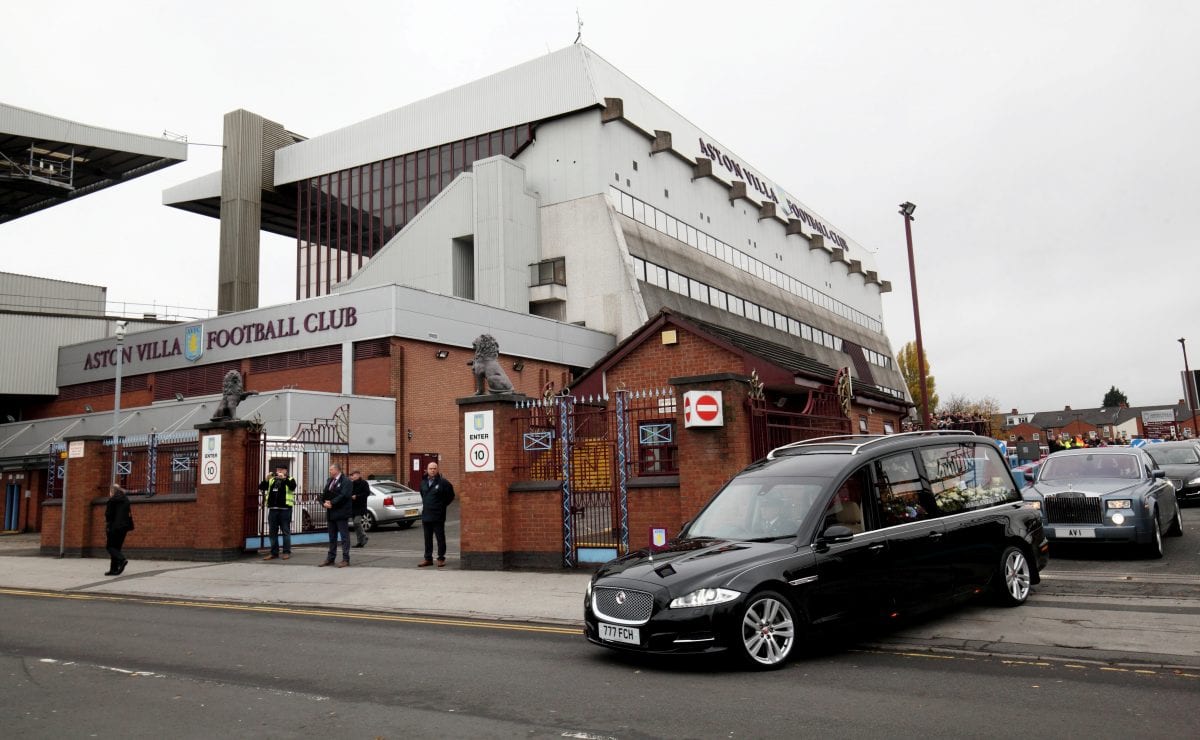 “He was a brilliant chairman from a player’s perspective. The day I signed, he took me to dinner with manager Brian Little and then I stayed at his house rather than travel back to London.”

Ex Villa and Ireland defender Paul McGrath said: “Devastated. Sir Doug Ellis, absolute gentleman to me throughout my career. My thoughts and prayers are with Heidi and his family”. 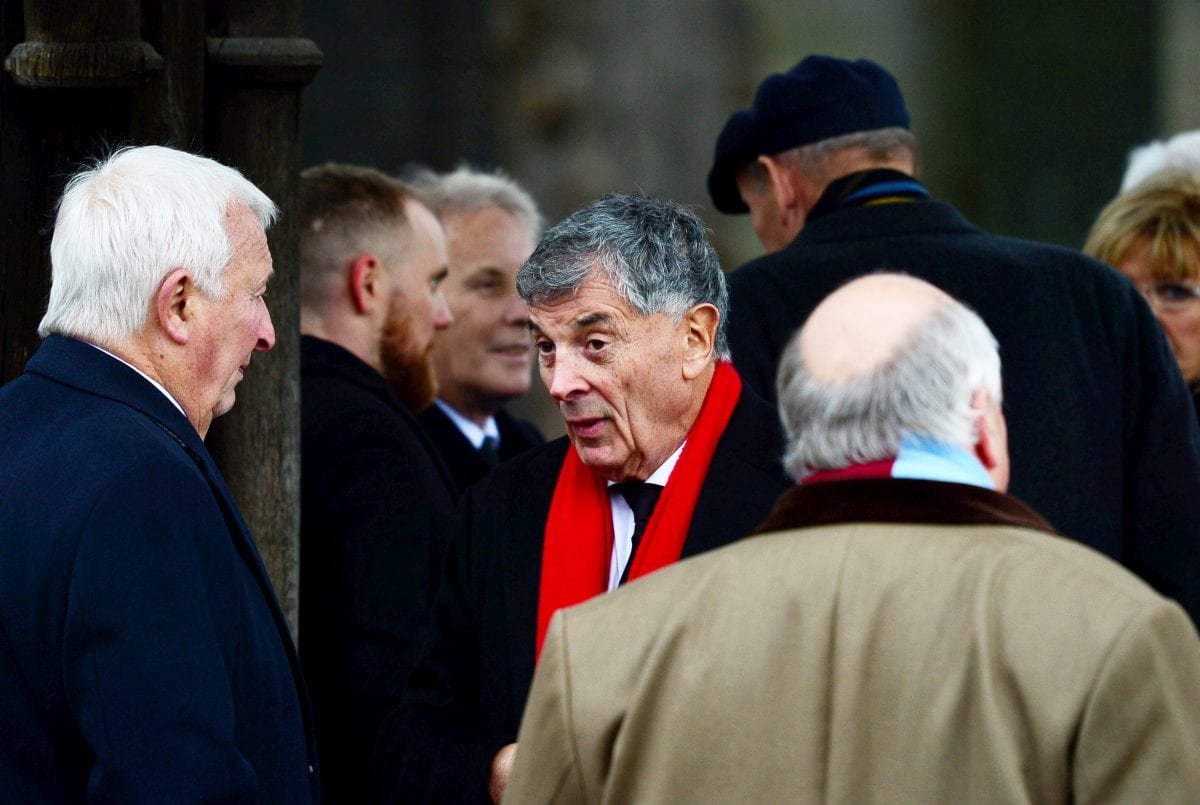 A minute’s silence was held ahead of Villa’s 2-0 Championship win over Swansea following his death with all players wearing black armbands in memory.