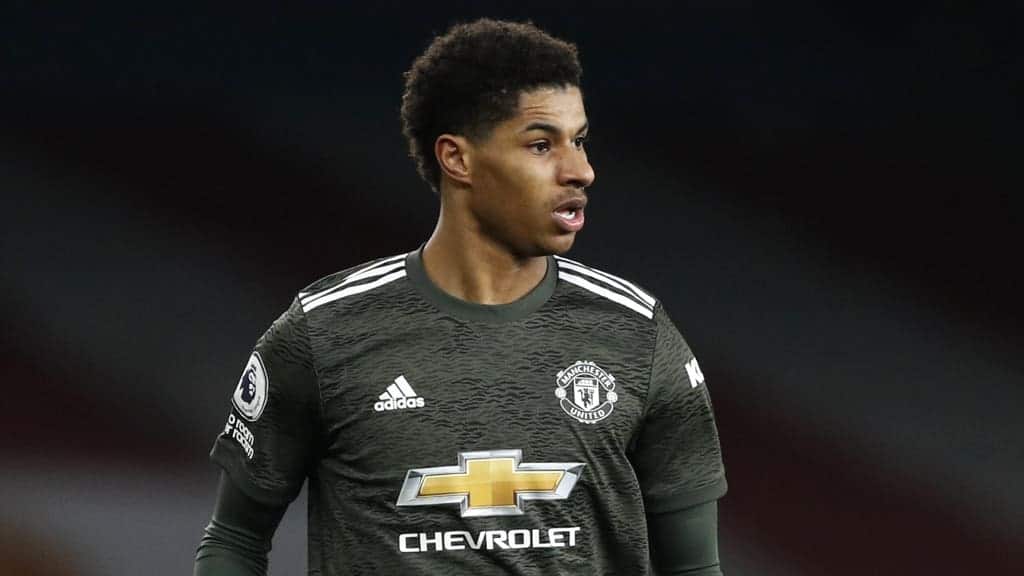 Marcus Rashford has dubbed racist comments sent to him on social media as “humanity at its worst” following his club’s 0-0 draw with Arsenal.

The 22-year-old, who was awarded the MBE for his work fighting child food poverty, received multiple racist messages on Instagram on Saturday.

Taking to Twitter, he said: “I’m a black man and I live every day proud that I am.

“No-one, or no one comment, is going to make me feel any different. So sorry if you were looking for a strong reaction, you’re just simply not going to get it here.

“I’m not sharing screenshots. It would be irresponsible to do so and as you can imagine there’s nothing original in them.

“I have beautiful children of all colours following me and they don’t need to read it. Beautiful colours that should only be celebrated.”

Humanity and social media at its worst. Yes I’m a black man and I live every day proud that I am. No one, or no one comment, is going to make me feel any different. So sorry if you were looking for a strong reaction, you’re just simply not going to get it here ??

Speaking on Match of the Day, former Arsenal and England striker Ian Wright said the authorities and social media companies need to do more to identify the perpetrators.

He said: “It seems to be a fact if a black player plays poorly – or they think they did – they come with all the emojis and whatever. There are ways of being able to catch people. They’re not vigilant enough, nowhere near.

“It should be something they’re doing hand in hand [authorities and social media sites]. But how much do they care deep down?”

“This is not acceptable”

Former Tottenham, Newcastle and England midfielder Jermaine Jenas added: “The platforms, I need them to show me these people and say they’re doing everything they can to bring some justice. For those asking why we are still taking the knee, there you go.”

The Football Association had reiterated its commitment to clamping down on discrimination of all kinds earlier on Saturday.

“We are united with all of football in our abhorrence of any racist abuse,” the FA said in a statement. “This is not acceptable in any part of society.

“We will continue to work with the rest of the game, the government and social media platforms to remove this – and all elements of – discrimination from our sport.”

On Saturday a man was arrested after a racist message was sent to West Bromwich Albion midfielder Romaine Sawyers.

And on Friday Chelsea said they were “disgusted” after right-back Reece James was racially abused on social media.

Rashford’s team-mates Axel Tuanzebe and Anthony Martial were racially abused on social media after their side’s defeat to Sheffield United on Wednesday.