Sport News 24/7 By Rob McHugh  @mchughr  @TLE_Sport The scene was set, and the script was written.  On his 35th birthday, Steven Gerrard would lift the FA Cup as captain of his boyhood club, before riding off into the sunset for one last payday in the MLS with LA Galaxy.  It was to provide a […] 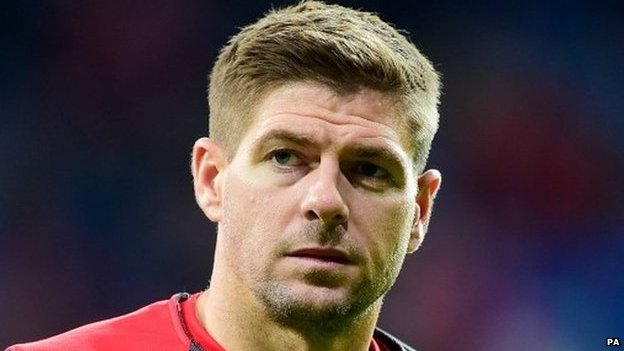 The scene was set, and the script was written.  On his 35th birthday, Steven Gerrard would lift the FA Cup as captain of his boyhood club, before riding off into the sunset for one last payday in the MLS with LA Galaxy.  It was to provide a fitting end to the career of one of the defining figures in English football.  But as the ball looped into the arms of Steven Gerrard at the end of yesterday’s FA Cup semi-final defeat, the watching audience was reminded of one of the reason’s we all love sport: the fairy tale ending doesn’t always happen.

Gerrard has been unfortunate enough to be reminded of this three times in the last 12 months when arguably he deserved better than he got.  It could be argued that there are few players more deserving of a Premier League title than Gerrard after all he has achieved in his career, yet it was his slip in the pivotal match against Chelsea last season which virtually handed the Premier League title to Manchester City when Liverpool were in pole position.  Then only a few months later, Gerrard’s international career ended with a whimper in England’s underwhelming World Cup Campaign in Brazil.  There is also the case of Zinedine Zidane, who seemed set for glory in his final World Cup appearance in 2006, having led an unfancied French side to the final with a string of virtuoso performances, only for the dream to be ended by his infamous headbutt on Marco Materazzi.

It is not only football where this is the case.  AP McCoy, the greatest jump jockey of all time- whose record reads like the Don Bradman of racing, looked set to strike in his final Grand National when sitting pretty with four fences to jump.  But with the entire crowd at Aintree and audience watching at home on TV willing him on to victory, his ride just ran out of steam and he was unable to deliver his own fairytale ending, with McCoy himself admitting that had he won the race, he would have retired on the spot.

And speaking of Don Bradman, he himself was the victim of sports’ cruel nature.  Bradman required a score of just four in his final test innings to retire with an average of over 100, an achievement which has never been achieved and possibly never will.  But the great Australian was dismissed for 0 in his final innings, and was denied the opportunity to bat for the second time in the match after England collapsed to an innings defeat.  Bradman came close to achieving statistical perfection, but fell agonisingly close ending his career with an average on 99.94.  The closest anyone has come to matching Bradman having played more than 20 Test Matches is Graeme Pollock of South Africa, who averaged 60.97 over 41 innings.

But it is through these near misses that sport gains its enthralling charm.  Sport remains one of the few meritocracies which exist today, where the true greats are rewarded regardless of their background.  Ultimately, if these fairy tales were not achieved, it is because the light which once burned bright in these great stars had just dimmed enough to prevent them from achieving what only a few years earlier would have almost seemed destined to happen.  And it is through witnessing these heartbreaks that we come to appreciate the fairytale endings even more when they do happen.