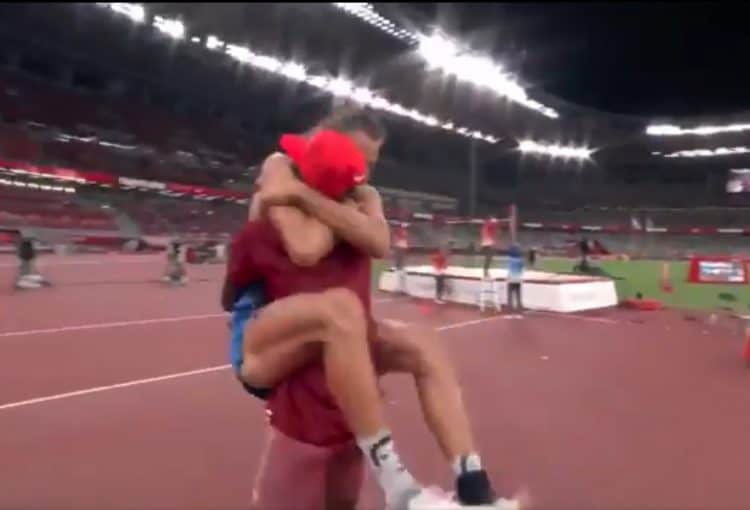 Two high jumpers sharing a gold medal has been dubbed one of ‘the greatest moments in Olympic history’ by social media users.

Gianmarco Tamberi of Italy and Mutaz Essa Barshim of Qatar both cleared 2.37 metres and, when neither athlete was able to get over 2.39, they were given the option to share the gold or face a jump-off.

The pair looked more than happy to share the glory, with Tamberi howling in delight and rolling around the track, having missed out on competing in Rio five years ago due to a career-threatening ankle injury.

Tamberi brought the cast he wore in recovery from that injury along with him to the Olympic Stadium, with the words ‘Road to Tokyo 2021’ written on it.

Barshim added gold to the bronze and silver he won in 2012 and 2016 respectively, while Maksim Nedasekau of Belarus took bronze.

Team GB athlete Eilish McColgan tweeted: “Such an incredible moment. Two of the nicest people in our sport sharing gold.”

Might be the greatest moment in Olympic history https://t.co/bh00lF6tGS

And this context makes it even better.

Barshim, btw, had helped Tamberi come back from a career-threatening ankle injury since the last Olympics.