The 19-year-old is set for his breakthrough season with the first team. 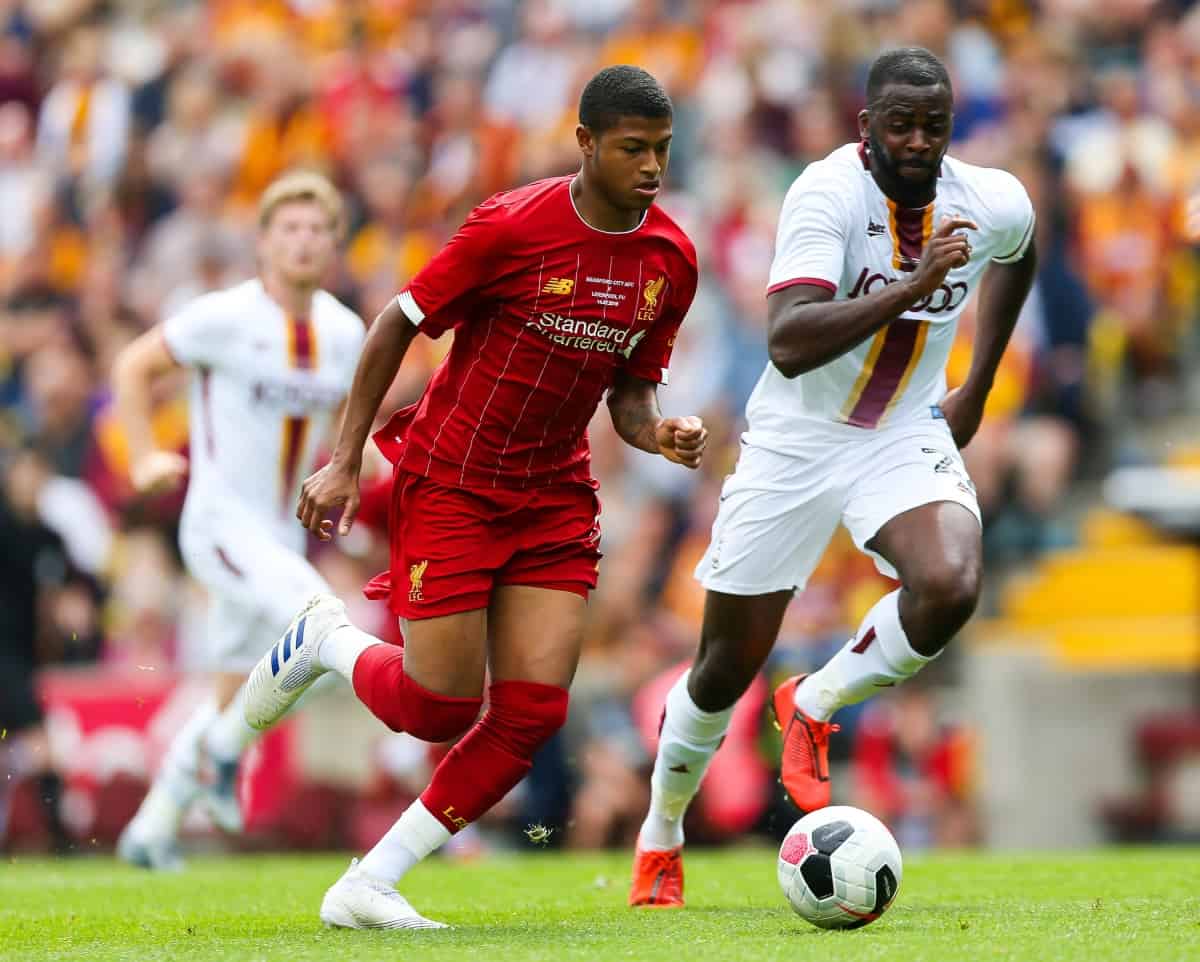 If Rhian Brewster lives up to the hype then he will save Liverpool manager Jurgen Klopp millions in the transfer window.

The 19-year-old is set for his breakthrough season with the first team after being lined up for more than a year to fill the boots of departed striker Daniel Sturridge.

While the England Under-17 World Cup winner will start as back-up to Roberto Firmino and Champions League hero Divock Origi the promise he has shown already suggests he could have a part to play. View this post on Instagram

Good to get back on the pitch and get more minutes last night. Thanks to @jhenderson for letting me have the pen?? Next Stop Boston??

He has been the leading scorer in pre-season, benefiting from the absence of Firmino, Sadio Mane and Mohamed Salah who were all on extended breaks because of summer international duty.

While it is unwise to judge players on that form alone, the fact Klopp has been prepared to not only wait for him to recover from serious knee and ankle injuries but leave a place open in his squad despite the loss of a senior striker, shows how highly he is rated.

“I love the boy, he is fantastic player. Why should I play it down?” said the manager.

“Rhian Brewster is a top striker, he is a top talent and I have told him already that he has an important role this year – but how important depends on him.”

Klopp has a record of promoting youngsters and being immensely loyal to the players who do the business for him on the pitch.

It is why there has been no summer spending splurge to match their Premier League title rivals Manchester City.

Critics will argue after finishing second to Pep Guardiola’s side with a record runners-up points tally of 97, now is precisely the time to strengthen, despite losing just one league match and having the top-flight’s best defensive record.

But Klopp sees it differently and uses their Champions League victory, the club’s sixth European Cup success, as justification for keeping faith in his current crop of players.

Instead he has invested in the future of the club with the arrival of highly-rated Dutch teenager Sepp Van Den Berg for a modest £1.3million, although if the 17-year-old fulfils his obvious potential, the extra £3m in add-ons will still seem like a bargain.

There will be no mega-money splurge similar to the one last summer which saw £175m spent on goalkeeper Alisson Becker, midfielders Fabinho, Naby Keita and Xherdan Shaqiri.

Klopp points to the ‘new’ players he will have at his disposal in Alex Oxlade-Chamberlain and Keita.

The former played just 19 minutes in two matches late on last season having been out for a year with ruptured knee ligaments. View this post on Instagram

Keita struggled with injuries which affected his rhythm and hindered his adaptation to English football and a groin problem prematurely ended his club season in April.

Klopp expects to see an improvement in the Guinea international this time around, even if his involvement in the Africa Cup of Nations aggravated his injury.

The responsibility is on Oxlade-Chamberlain to provide the X-factor from midfield.

He is unlike most of the other players Klopp has at his disposal in that department as he provides the drive and attacking threat from deeper positions. View this post on Instagram

Adam Lallana has been trialled in a deep-lying role in pre-season as Klopp attempts to find a way to get the best out of the injury-prone player.

While he will not dislodge first-choice Fabinho or Jordan Henderson, his creativity from further back could help turn some of seven draws they had into the wins which may edge them ahead of City.

Klopp also has to find suitable cover for left-back Andy Robertson, who is expected to play most matches.

Midfielder James Milner could deputise in the bigger games if necessary but Klopp has been giving youngsters Adam Lewis and Yasser Lerouci a chance to prove their credentials in pre-season, although he has not ruled out dipping into the transfer market for a more experienced option.