The England defender has signed a six-year contract. 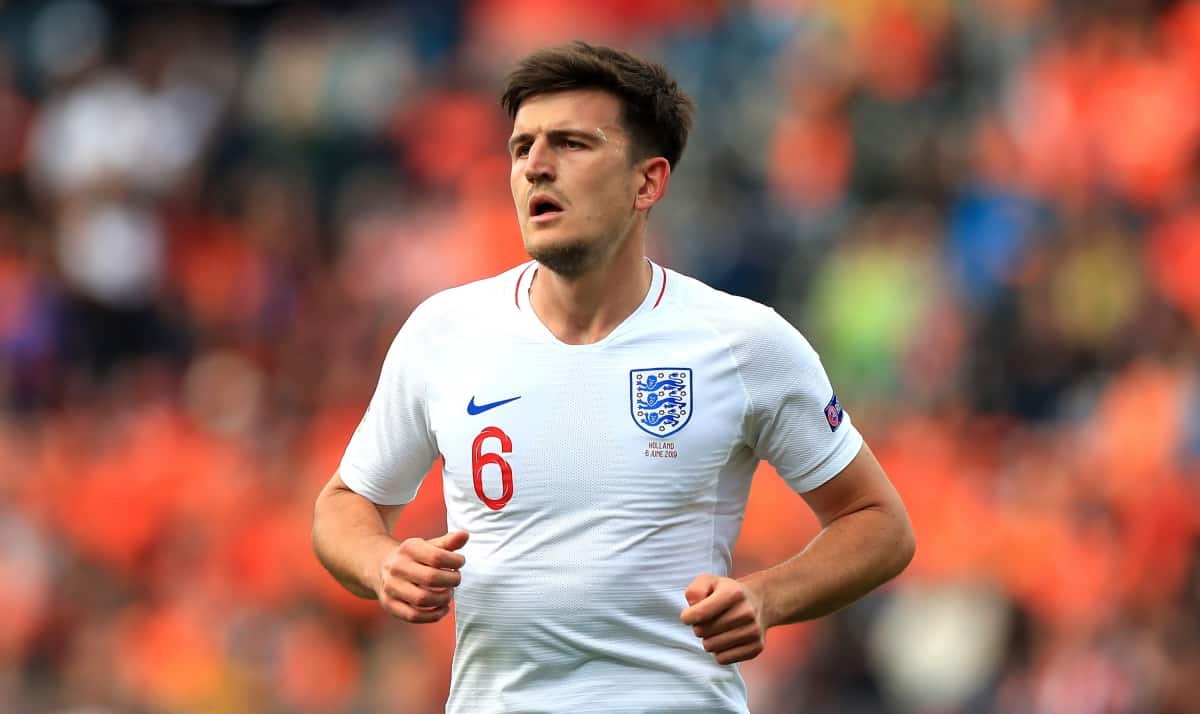 Harry Maguire is convinced Manchester United have a bright future ahead after completing his £80million move to Old Trafford.

The England defender has signed a six-year contract, with the option of a further year, after United met Leicester’s demand for a world-record fee for a defender.

He is the club’s third signing of the summer after Daniel James and Aaron Wan-Bissaka as manager Ole Gunnar Solskjaer rebuilds his squad after last season’s frustrating sixth-placed finish in the Premier League.

The 26-year-old, who was also linked with champions Manchester City, believes he has joined the club at an exciting time.

Speaking in an interview with United’s in-house media, Maguire said: “I’m really proud to be here.

“It’s such a big club and I’m really looking forward to getting started. I’m hoping it will be a successful season and I’ll give everything I’ve got for this club.

“It’s a young team now and we’ve got big ambitions for the future. From my conversations with the manager, I am excited about the vision and plans he has for the team.

“It’s clear to see that Ole is building a team to win trophies.

“I think you’ve seen the players that we’ve brought in already this year. You can see they’re trying to build and improve on last season and I’m sure we’ll do that.”

Maguire’s future had been the subject of speculation all summer. City were interested but were unwilling to meet a valuation by Leicester that eclipsed the £75million Liverpool paid for centre-back Virgil Van Dijk last year.

The Foxes were in a strong negotiating position having tied Maguire to a new five-year contract last September.

United pursued the deal having made strengthening the centre of their defence a priority, a need that increased after Eric Bailly suffered a knee injury that could sideline him for four months during pre-season.

The fee ensured Leicester made a handsome profit on a player they signed from Hull for an initial £12million two years ago.

Maguire said: “I thoroughly enjoyed my time at Leicester and would like to thank everyone at the club, and the fans, for their fantastic support over the past two seasons. However, when Manchester United come knocking on your door, it is an incredible opportunity.”

Maguire came through the youth ranks at hometown Sheffield United and broke into their first team in 2011. In the same year he represented the club against Manchester United in the FA Youth Cup final, and played at Old Trafford for the first time.

He said: “When you’re young and you walk out, it’s a bit surreal. The atmosphere and the stadium itself is so unique and it’s something so special.

Maguire could make his debut in Sunday’s Premier League opener against Chelsea.

Solskjaer said: “Harry is one of the best centre-backs in the game today and I am delighted we have secured his signature.

“He is a great reader of the game and has a strong presence on the pitch, with the ability to remain calm under pressure – coupled with his composure on the ball and a huge presence in both boxes – I can see he will fit well into this group both on and off the pitch.”

Maguire’s arrival may not the the end of United’s summer transfer business.

Juventus striker Paulo Dybala had been in talks over a swap deal that could have seen Romelu Lukaku move the other way, but PA understands the Argentina international’s wage demands have put paid to that.

Lukaku, however, remains keen to leave Old Trafford and Inter Milan are pushing to sign him but it remains to be seen if they make an acceptable bid.

United have also been linked with another Juve forward, Mario Mandzukic, but any deal could be affected by the Dybala-Lukaku situation.

Star midfielder Paul Pogba has also reportedly been subject of a bid from Real Madrid, but United are planning for a season with the World Cup winner despite his comments about being open to a new challenge.

The club are understood to be keen on bolstering their midfield, though, even if a much-mooted move for Sporting’s Bruno Fernandes now looks unlikely.

PA understands Newcastle midfielder Sean Longstaff has been a long-standing target, while United are understood to have been among several clubs that have enquired about Southampton’s Mario Lemina.

A number of other players are being linked with United but there is believed to be a calmness behind the scenes given the work that has already been done.

The impact of the club’s young players has also impressed Solskjaer.