In a list of the city's worst exam venues the page listed Hillsborough Stadium, where 96 Liverpool fans were crushed to death in 1989, as 'disaster tier'

by SWNS
in Football, Sport, Tech and Auto

Thoughtless university students have been forced to apologise for making a social media post mocking the Hillsborough disaster.

In a list of Sheffield’s worst exam venues a Facebook page listed Hillsborough Stadium, where 95 Liverpool fans were crushed to death in 1989, as ‘disaster tier’.

The post, made by a page with 11,000 likes called ‘Sheffessions’, has now been removed after a backlash from social media users.

Sheffessions relies on ‘confessions’ from the city’s students sent anonymously via an online form to page admins, who decide what material to post. 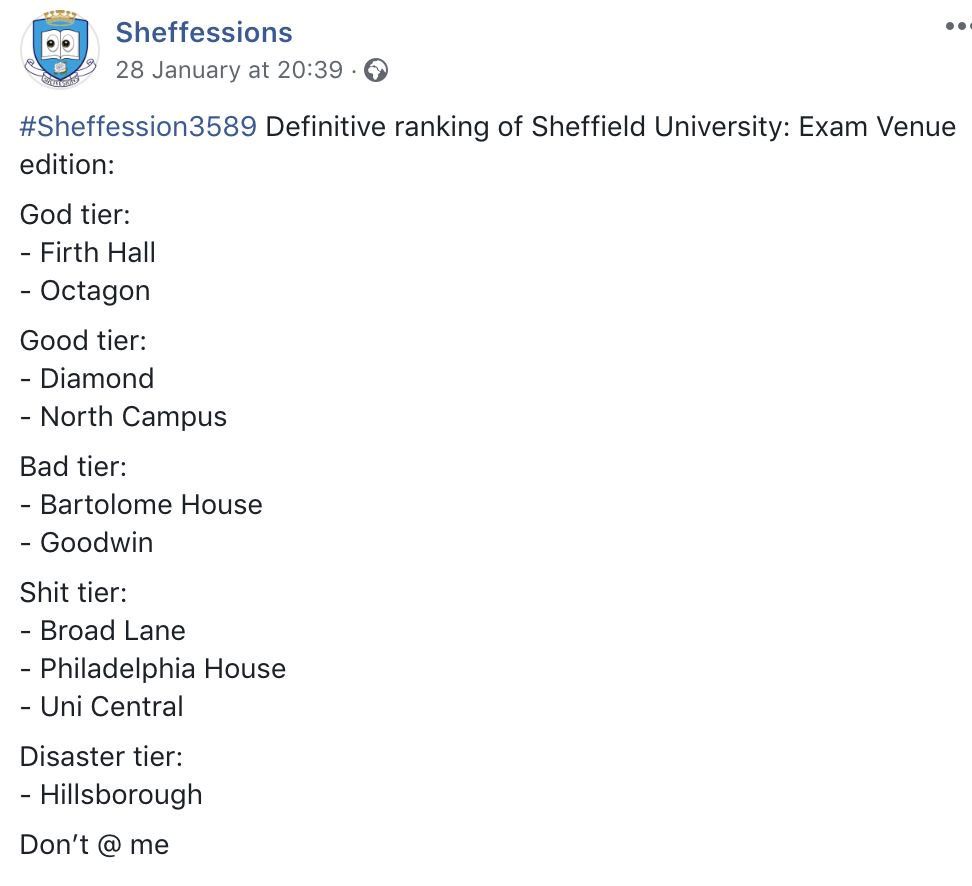 A page spokesperson, who isn’t named, released a statement apologising for the post saying they ‘didn’t notice that this post could be seen as malicious’.

Dozens of social media users made posts and left comments criticising the post before it was taken down hours after it was made on Monday (28 Jan).

“You’ve had enough time to realise that’s a disgrace what’s been put down.”

Kieran Gregoriades said: “Are they implying what I think they are?”

A student who didn’t want to be named said: “I want to believe it’s an unfortunate coincidence, but sadly believe it’s a sick minded individual trying to make a joke about the Hillsborough disaster.”

In a statement provided to student news site The Tab, Sheffessions said: “We now realise that there may have been some bad intentions behind this post but they weren’t apparent to us at the time we approved it.

“We look through hundreds of submissions most days and genuinely didn’t notice that this post could be seen as malicious.

“We do apologise if it offended anyone but it was never published with bad intentions. We have no way of knowing who submitted it and the post has now been taken down.”

Hillsborough match commander David Duckenfield is currently on trial for the the gross negligence manslaughter of the 95 fans who died in 1989.