The 24-year-old was racially abused on Twitter on Monday night. 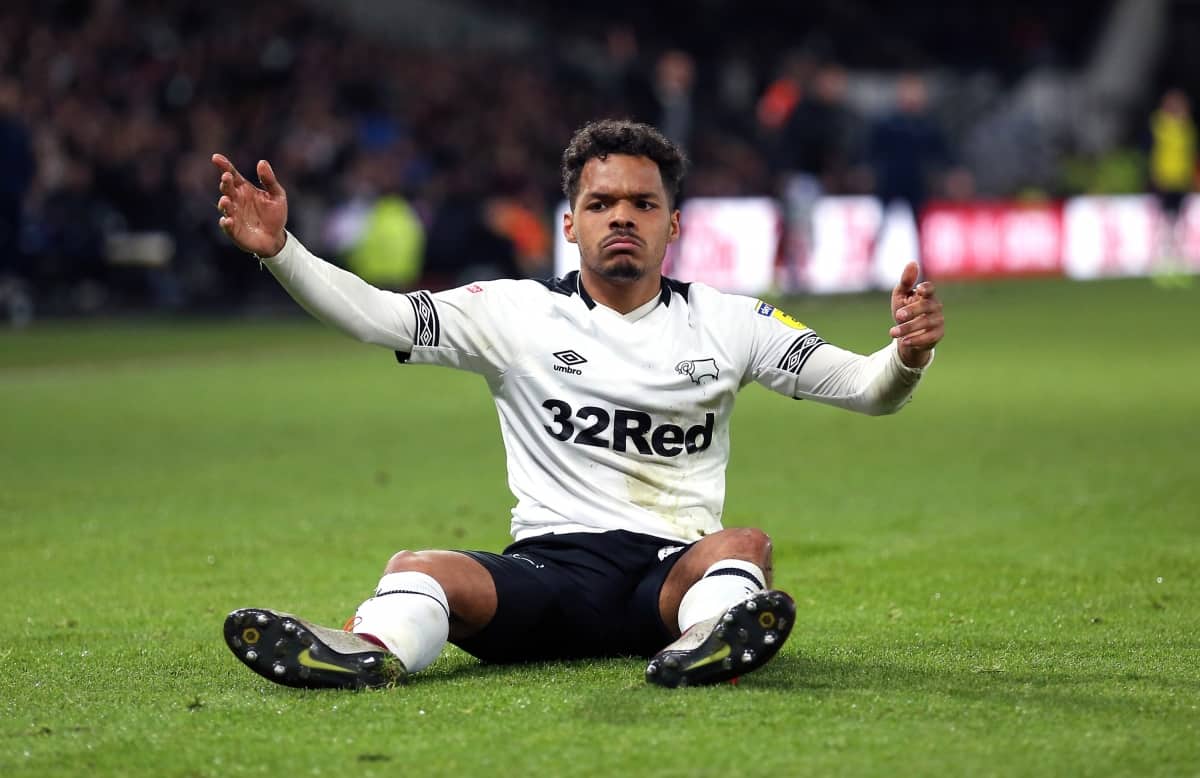 Holmes highlighted a racist message he received on Twitter shortly after his side’s 2-1 victory at Huddersfield in their opening Sky Bet Championship game on Monday night.

The 24-year-old posted a Tweet celebrating Derby’s win, which attracted an offensive reply. The reply was then quoted by Holmes along with a message which said: “I’ll just leave this one here.”

Derby’s east midlands rivals Forest condemned the Tweet, which it appears was sent by one of their fans, and has banned the individual from attending matches while insisting the club will take “further action” following police enquiries.

“Nottingham Forest would like to issue the following statement in relation to the horrific abuse aimed at Derby County’s Duane Holmes on social media,” said the statement.

“The club are aware of some racist social media messages which have been posted by an individual who claims to be a supporter and denounces the conduct of the individual responsible in the strongest possible terms.

“As soon as the club was made aware of the offending posts the matter was referred to the police as they appear to meet the threshold of criminal conduct. The club will continue to co-operate with the police who are pursuing their enquiries.

“The club will take further action against the individual when the outcome of the police enquiries and the criminal process is known.”