Harry Maguire has signed a six-year deal with Manchester United. 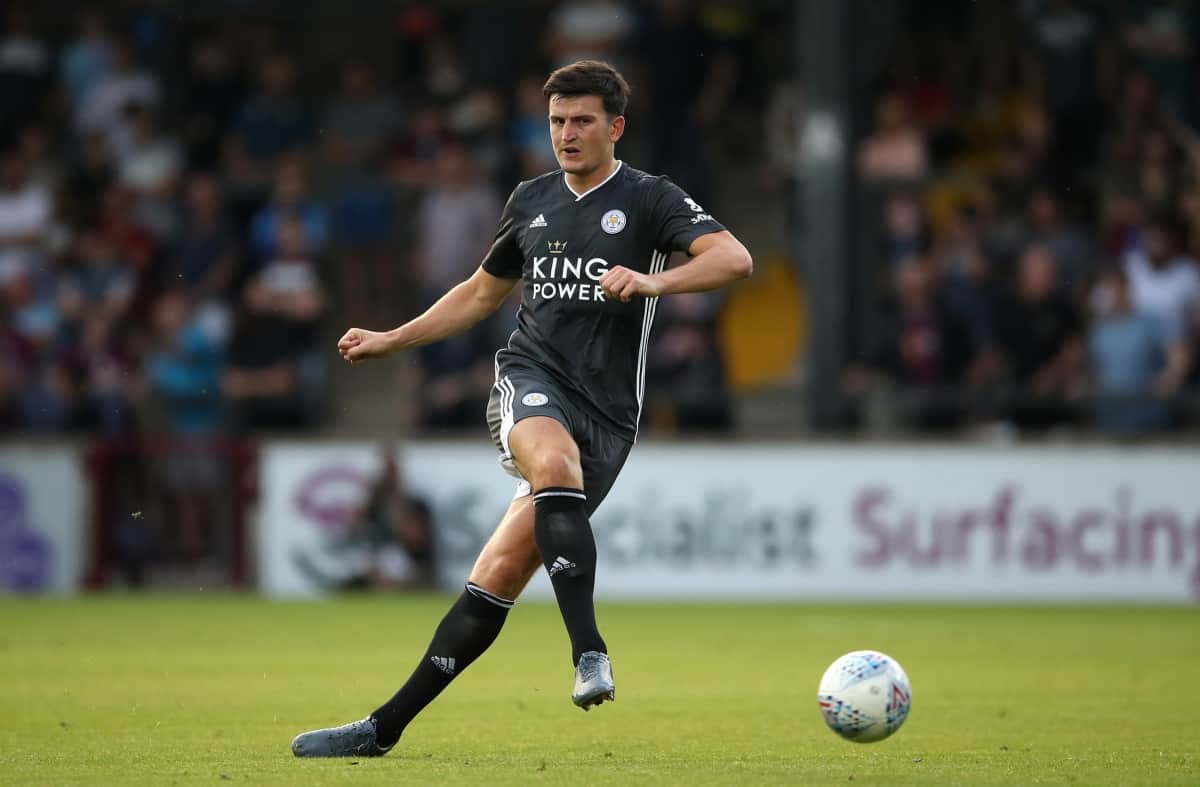 Harry Maguire has become the most expensive English player of all time after completing his move to Manchester United for a reported £80million.

The England centre-back has signed a six-year deal at Old Trafford which sees him surpass Kyle Walker as the most expensive Englishman.

Here, is a look at the next five most expensive English players.

Walker overtook team-mate Raheem Sterling when Manchester City once again broke the transfer record for an English player. Walker made 183 appearances in a nine-year career at Tottenham but his big-money move to City felt like a betrayal for many Spurs fans. The move also made Walker the most expensive defender ever, before Virgil Van Dijk joined Liverpool for £75 million.

A special delivery for Ole! ?

It’s a pleasure to welcome you to #MUFC, @AWBissaka ? pic.twitter.com/hHfSmL8JSu

The 21-year-old was signed by Manchester United from Crystal Palace this summer despite only becoming a regular for the Eagles last season. The right-back won the club’s player of the year award ahead of Wilfried Zaha and United were convinced he was worth the hefty price tag.

After starting his career in the youth ranks at Queens Park Rangers, Sterling joined Liverpool’s Academy at the age of 16. The winger made 95 appearances for the Reds, scoring 18 goals before Manchester City started their pursuit of the England international. Liverpool reportedly turned down two bids of £30 and £40 million before a third bid of £50 million was accepted in July 2015. This made Sterling the most expensive English player of all time.

Stones was a wanted man for some time before he finally joined Pep Guardiola at Manchester City. Chelsea had shown a strong interest in the centre-back under Jose Mourinho but the Toffees ignored Stones’ transfer request at first. Eventually Stones was allowed to complete a £47.5 million move to City, making Everton a profit of just over £44 million after they had signed the defender from Barnsley for just £3 million in 2013.

After Fernando Torres had completed a £50 million move to Chelsea on transfer deadline day in January 2011, Liverpool were desperate to bring in a replacement. With a deal to bring in Uruguayan striker Luis Suarez from Ajax, Liverpool opted to recruit a proven Premier League striker to work alongside him. Despite being remembered as a panic buy, Andy Carroll had been in fantastic form for Newcastle and many believed there was potential for a strong partnership with Suarez. However, those who questioned the record fee for an English player were proved right as injuries hampered Carroll’s Liverpool career, managing just 44 appearances for the Reds in two years before joining West Ham in 2013.

All figures are based on reported fees, including potential add-ons