Rodri has become Manchester City’s record signing after completing a £62.8million move from Atletico Madrid. We look at the previous top five transfers in the Premier League champions’ history. View this post on Instagram ✍️ Welcome to the Champions, Rodri!!! ? #mancity A post shared by Manchester City (@mancity) on Jul 4, 2019 at 4:00am […] 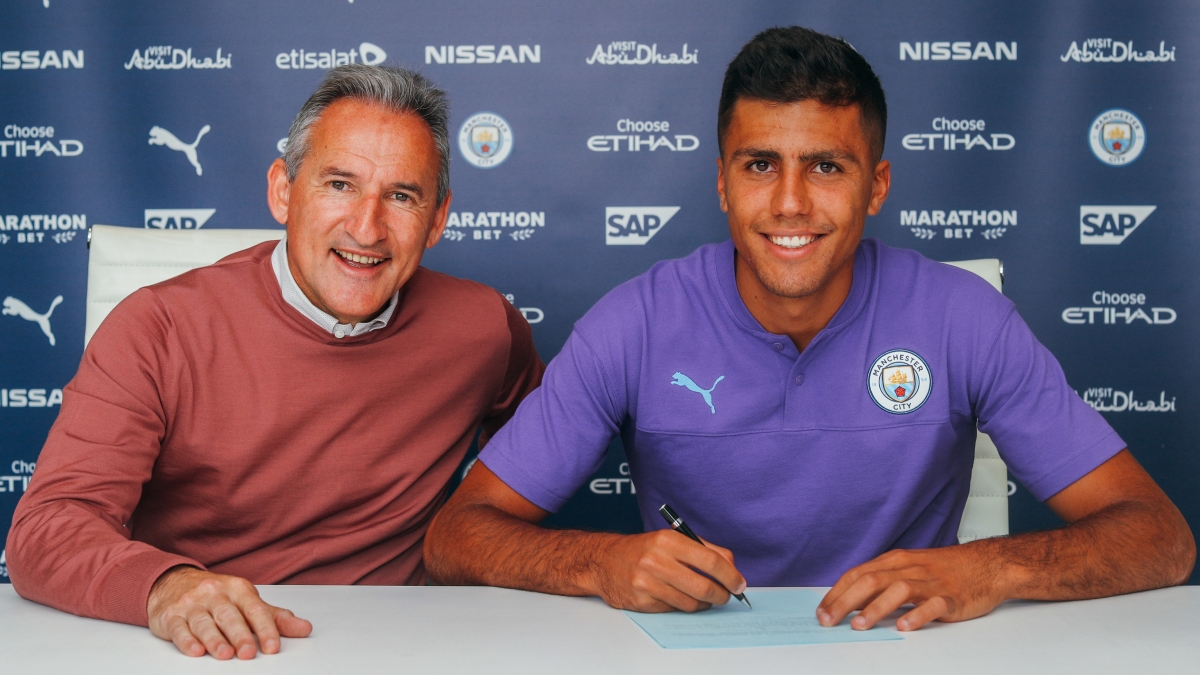 We look at the previous top five transfers in the Premier League champions’ history. View this post on Instagram

City had to wait six months to sign the Algerian after failing in January 2018. The winger made 44 appearances and 12 goals in his maiden season but only 14 of those were Premier League starts and he has yet to establish himself as first-choice.

Took a while to settle after joining mid-season but has since proved to be a very good buy and is now Pep Guardiola’s main man in central defence. He will take on more responsibility following the departure of Vincent Kompany.

Up there alongside David Silva and Sergio Aguero as City’s best buys in the last 10 years. Has had injury problems recently but is the creative fulcrum in the midfield and adds a genuine touch of class to an already star-studded line-up.

Signed as a long-term solution at left-back but injuries have restricted him to 23 appearances since arriving. Add to that his love of social media which appears to frustrate and annoy Guardiola in equal measure means he still has a lot to prove.

His confidence on the ball seemingly made him an ideal fit to be the main man orchestrating Guardiola’s plan from central defence. He has some good games but also been exposed with some high-profile errors. Lost his place to Kompany in last season’s title run-in but will get another chance now the captain has left.