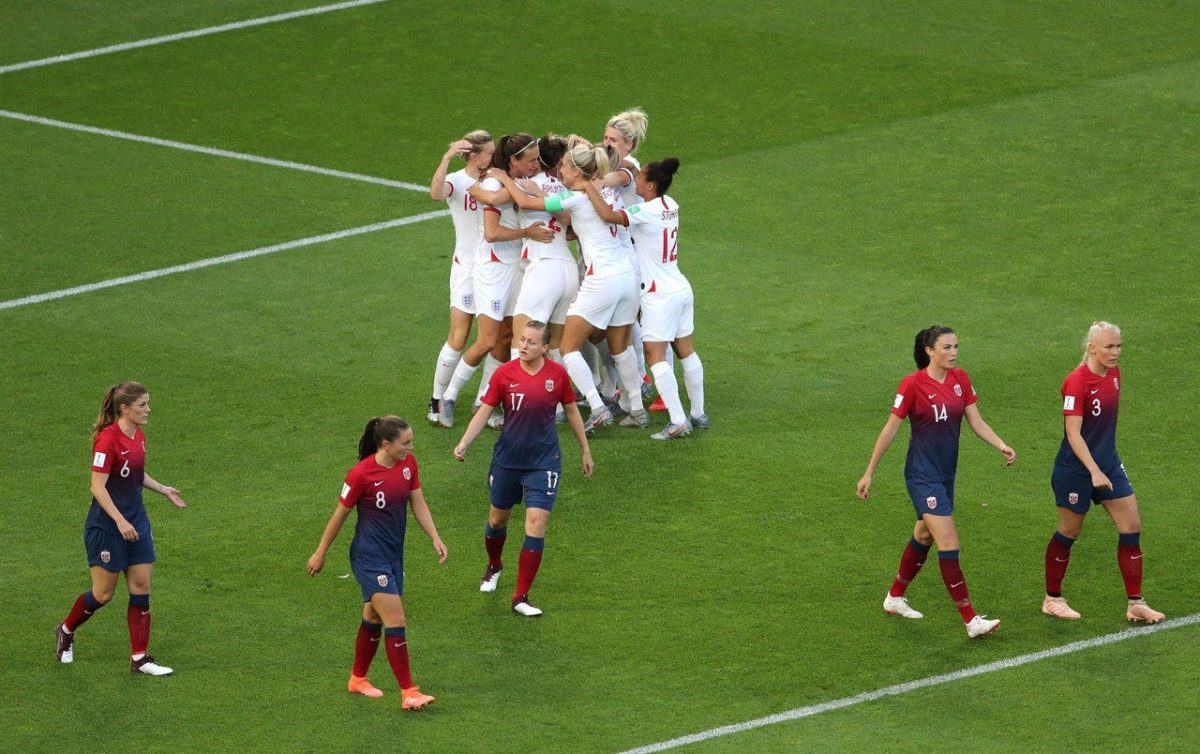 Ahead of Tuesday evening’s clash between the sides in Lyon, two of four players leading the tournament scoring charts with five goals each are from the US squad, in Megan Rapinoe and Alex Morgan.

Defender Bright – whose England team-mate Ellen White is also among the players on five goals – said of the defending champions and world number one-ranked side: “I think they’ve got many strengths.

“Megan Rapinoe, Tobin Heath and Alex Morgan – their front three are deadly. But we’re prepared for that, we’re ready for that. Our players have played against those players before and similar players, so it’s nothing that we haven’t dealt with before.

“I think it’s definitely going to be our biggest test in the tournament so far, but it’s one we’re definitely ready for.

“I just think we’re going to bring the ultimate energy. We’re going to be 100 per cent going out there, win the physical battle and make sure we’re clinical.

“No matter the opponent, we respect them – but as long as we deliver then it doesn’t matter what they bring to the game. We’re ready to deal with that both physically and mentally.”

The most recent match against the three-time world champions was a 2-2 draw in March at the SheBelieves Cup, the four-team US-hosted tournament that England won for the first time.

Bright, who missed that campaign as part of the management of her fitness, has no doubt England can take confidence from that game in Nashville, while also feeling “we’ve moved on from that performance, developed even more and become even stronger.”

England are aiming to make their first Women’s World Cup final. They suffered defeat in the semi-finals of the 2015 competition and in the last four of Euro 2017.

Boss Phil Neville, who succeeded Mark Sampson in January 2018, has stressed the Lionesses will see it as “a failure” if they are beaten by the US, and that has been echoed by Bright.

The 25-year-old Chelsea player said: “We came here to win the World Cup and that’s still our aim, so obviously it would be disappointing and I think as players we would see that (losing the semi-final) as potentially a failure.

After the 3-0 quarter-final win against Norway last week, Neville spoke about England wanting to inspire and “have a name that people around the world would relate to”, adding: “They are ‘badass women’, that was our mantra.”

England forward Nikita Parris has been quoted by a number of national newspapers as saying when asked about that and what made them think they could be “badder” than the US: “Why shouldn’t we think we can be badder than them when we went to the SheBelieves and we won it?

“Why shouldn’t we think we can beat them? Why do we have to come to this tournament semi-final and think ‘oh, it’s America?’

“They know that on the day, no matter who you are, if you perform and get the best out of each and every player on the field of play, you’ll win the game. I don’t fear America and I don’t think my team-mates do.”

Parris is set to play at her new home ground on Tuesday – this summer she left Manchester City and joined Lyon Feminin, who play some of their home matches at Groupama Stadium, the venue for both semis and the final.

England right-back Lucy Bronze has been with Lyon for the last two years.

What time is the England v USA Women’s World Cup semi-final kick off?

The clash kicks off at 8pm.

Where is the Womens World Cup clash being played?

The Parc Olympique Lyonnais in Décines-Charpieu stadium in Lyon is the setting for tonight’s match.

What TV channel is tonight’s England v USA match on?

Live coverage kicks off at 7.30pm on BBC One.

What is the latest England v USA team news?

England Captain Steph Houghton (who has battled an ankle injury) and centre-back partner Millie Bright (virus) are confirmed available for the semi-final after playing in the Norway match.

What are the latest odds on the England v USA World Cup Semi-final?

Two of four players leading the tournament scoring charts with five goals each are from the US squad, and the team have always been the favourites to win.

What are the odds on winning the World Cup Final?

USA to win 3/4 – still the favourites after knocking out France.

Is Theresa May going to be at the match?

No, but the PM tweeted her support of the Lionesses today, saying:

“Very best of luck to @Lionesses for their @FIFAWWC semi-final match. You have made us very proud so far and the nation is rooting for you this evening.”