by Ben Gelblum
in Automotive, Football 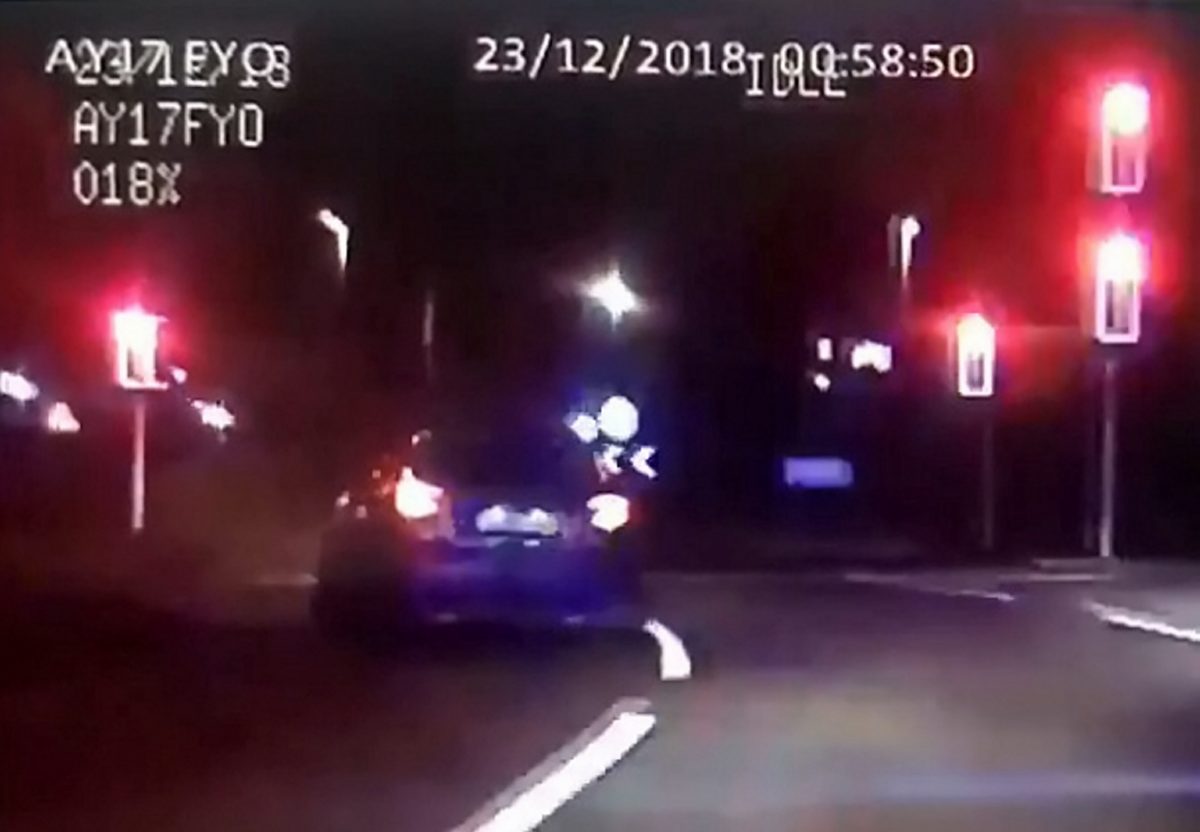 A former Wolverhampton Wanderers FC starlet has avoided jail for leading police on a shocking 100mph car chase which was caught on dash-cam.

Dramatic footage shows Jacob Ramell, 20, reaching speeds of 110mph as he tried to give officers the slip before eventually crashing into a ditch.

The ex-Wolves and Shrewsbury Town youth player also ran a red light during the dangerous pursuit through Telford, Shrops., on December 23 last year.

Traffic cops gave chase after spotting him speeding in his grey Mercedes before he tried to evade them, hitting speeds of 60mph in a 30mph residential zone.

At one point he careers into a crash barrier before eventually hitting 110mph on the M54 motorway.

The jaw-dropping footage released by police on Tuesday (12/3) shows officers trying to box in the vehicle before he eventually loses control and ploughs into a ditch.

He was finally arrested almost an hour and a half after the pursuit began and went on to plead guilty to dangerous driving at Shrewsbury Crown Court on February 26.

But he avoided jail after being sentenced to a 12-month community order, 240 hours of unpaid work and given a two year driving ban.

Sentencing, Judge Anthony Lowe said: “We read in the papers how this type of chase can lead to something tragic.

“It puts the police in real difficulty deciding whether to chase or not.

“You admitted it was disgraceful and on two occasions something more serious could have happened.”

Prosecutor Simon Parry said that at 11.45pm on December 23, a grey Mercedes was spotted between the A5 and A49 in Shrewsbury, doing 100mph.

In a police interview Ramell admitted his behaviour was “disgraceful” and apologised for his actions.

Robert Edwards, defending, said Ramell panicked when the blue lights came on, because he had never had a run-in with the police before.

Mr Edwards said Ramell had dreams of becoming a footballer, playing for Wolves as a youngster, before moving on to Shrewsbury where he was eventually released.