Sport News 24/7 By Richard de Winter  @rgdewinter  @TLE_Sport After the first round of matches at Euro 2016, it’s time for some considered, reasonable reaction.  What your discerning football fan would like to read now is some in-depth analysis, deconstructing each team’s tactical approach, accompanied by illuminating stats and whimsical musings.  Instead, you’re going to […] 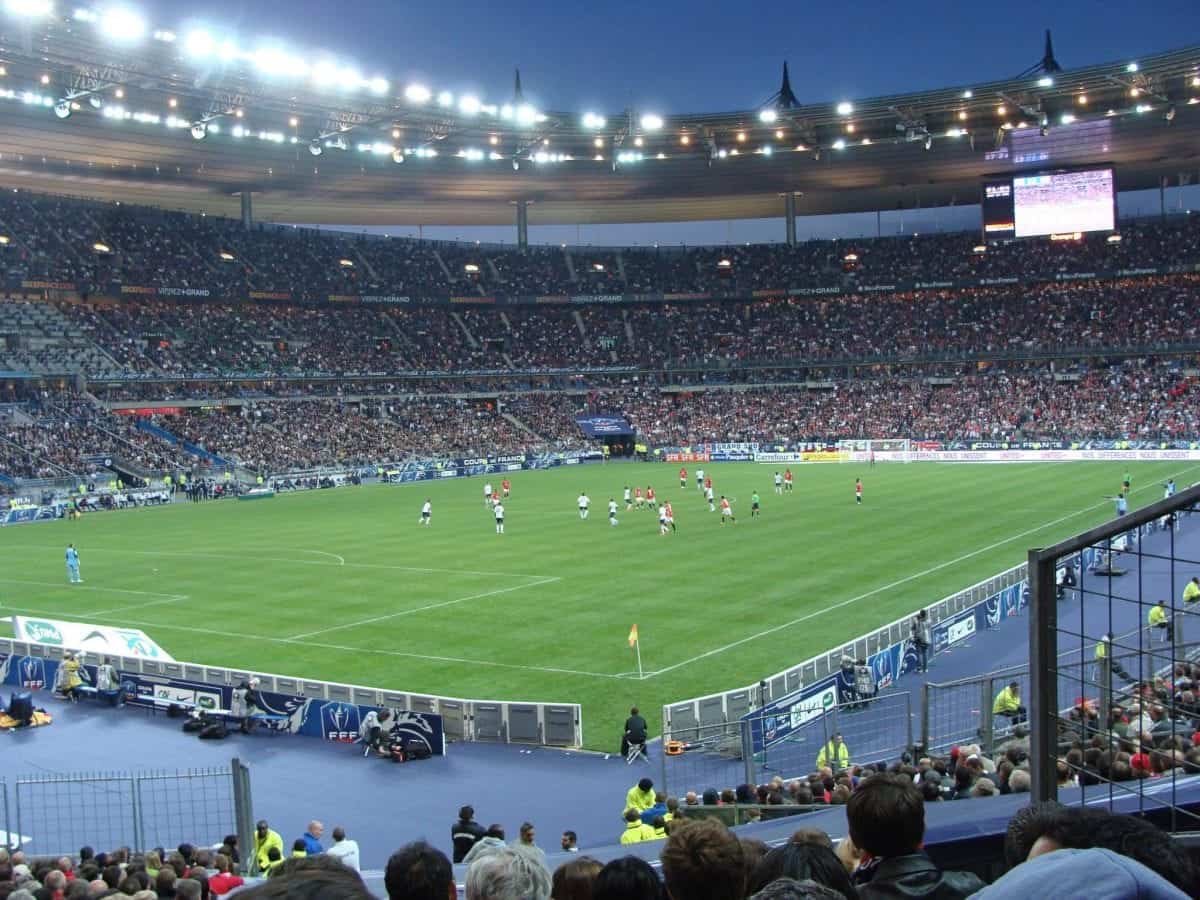 After the first round of matches at Euro 2016, it’s time for some considered, reasonable reaction.  What your discerning football fan would like to read now is some in-depth analysis, deconstructing each team’s tactical approach, accompanied by illuminating stats and whimsical musings.  Instead, you’re going to get some hastily-conceived, ill-thought-out, knee-jerk reactions.  Enjoy.

Lots of the teams are a bit bobbins

Michel Platini’s vote-seeking decision to enlarge the tournament to 24 teams may have led to some great qualification stories, but it also means that the quality on show has been (euphemism alert) mixed.  European national football is not going through a vintage period (as evidenced by a pretty poor showing at the last World Cup from all but the very top European teams), meaning that a large proportion of the sides here are very limited.

There’s no shame in parking the bus against far superior opposition – in most cases it’s the only viable way of getting a result – and with their very limited resources, you couldn’t reasonably expect Northern Ireland, Iceland or Albania to do much else.  There have been other teams, however, of whom more is expected, that have been desperately disappointing.  Belgium’s disjointed effort against Italy was the most glaringly obvious, but I have also been underwhelmed by Sweden (even more of a one man team that Portugal), Austria, Russia, Switzerland, Portugal and Romania.  Most matches have been enjoyable, but notably lacking in quality.

The referees have been nice and lenient

One of my main observations from the last World Cup was that the referees seemed reluctant to get the yellow (and red) card out.  While this reticence occasionally led to a kick-fest (Honduras v France and Colombia v Brazil being the main culprits), the players for the most part didn’t take advantage of this leniency, and examples of dissent and feigning injury were comparatively rare.  It seems as though a similar directive has been issued to referees here, allowing them to use (shock horror) common sense.

Things may change, but the average bookings per game is significantly lower than in the previous two tournaments, and from what I’ve seen there have been very few contentious bookings.  Austria’s Aleksandar Dragovic may have been slightly unfortunate to get a second yellow when he was stretching to try and score, while Albania v Switzerland featured a high number of niggly fouls by the frustrated Albanians, but hopefully this trend of leniency will continue.

Everybody wants to be a midfielder

Pre-tournament, there has been a lot of talk about England’s lack of quality at centre-back, in stark contrast to 15 years ago, when Martin Keown, Jamie Carragher, Ledley King, Ugo Ehiogu and Jonathan Woodgate, all of whom would walk into this England side, barely even got a game.  This is a trend that appears to be repeated worldwide, with many countries trying to ape Spain and Germany’s possession-based game, leading to rise in technically gifted ball-playing midfielders.  However, so far the standard of defending in this tournament has been very high, with some unheralded names, such as Iceland’s Radnar Sigurdsson, the Czech Republic’s Roman Hudnik and Hungary’s Attila Fiola, putting in startling performances.  It is not the top quality central defender, but the top quality centre forward, that is dying out.

Now this isn’t breaking news.  Spain won the last Euros with Cesc Fabregas as their most advanced player; Jonathan Wilson has been writing erudite articles about the false nine for nearly a decade; and any coach that sends his team out with more than one striker is derided as a tactical Luddite (see how well it worked for Leicester City…).  However, the lack of decent centre forward play so far has been very noticeable.  Olivier Giroud may have scored the opening goal of the tournament, but his performance was all huffing and puffing with very little blowing the house down;  Harry Kane’s main contribution for England was his dummy before Eric Dier’s free-kick; Robert Lewandowski was marked out of the game by Craig Cathcart.  The glory position now isn’t necessarily the goalscorer, it’s the creative midfielder.  Youngsters want to emulate Iniesta, Kroos or Modric, not Morata, Gomez or Mandzukic.  Tactical thought may well turn full circle, and in twenty years’ time poaching centre-forwards may be all the rage again, but for now we are living in the age of the tricksy central midfielder.

Reports of Spain’s demise have been grossly overstated

Amid the mediocrity, there have been some very good performances.  Italy tried as hard as possible to conform to the national footballing stereotype, by defending resolutely, committing tactical fouls galore, and ruthlessly exploiting their opportunities, Germany did the classic champions thing of winning without playing well, while Poland, England, Croatia and even the Republic of Ireland impressed in parts.  However, for me the most impressive team in matchweek one were Spain.

The Spanish have been mentioned surprisingly infrequently as possible winners, especially given their status as double champions.  Yes, they imploded at the last World Cup, but, other than an unfortunate defeat in Slovakia, they were impeccable in qualifying, and still have the most gifted squad of all.  When you can afford to leave behind Isco, Saul Niguez and Juan Mata, you must have strength in depth.

People have complained about Spain’s lack of an effective striker, but this misses the point about the way they play.  Because of their high-pressing style and obsession with ball retention, their opponents are relentlessly pushed back towards their own goal, meaning space is at a premium, particularly anyone wanting to play as a focal point of attack.  Strikers who try and move along the line of the back four, as Alvaro Morata did in his hour on the pitch, end up bumping into marauding full-backs or attacking midfielders.  Artiz Aduriz, is a less mobile frontman, and may prove to be a more effective option, but like Morata, struggled to have an impact.  As Ian Wright suggested on the BBC, maybe the best option is to just hang around by the penalty spot, and wait for the inevitable chances.

They remain almost impossible to play against.  Because of Spain’s ball retention, opponents need to make the most of any ball they do have, but the midfield, especially Sergio Busquets, are masters at winning back possession.  In Andres Iniesta, they have the world’s most aesthetically pleasing player, the Ian Bell cover drive of football.  Unlike Bell, Iniesta is also one of the world’s most effective players, rarely wasting a pass, without only playing the easy ball à la Leon Britton.  Finally, now that Iker Casillas has been gracefully put to one side, Spain boast arguably the world’s best goalkeeper, not something to be sniffed at given the variable quality of the goalkeeping thus far.

There will be no Leicester City here

After the astonishing outcome of this season’s Premier League, there is the temptation to see Leicester’s triumph as the start of a trend, rather than an anomaly.  Therefore, many onlookers are hoping to find the Leicester of the Euros, the side whose teamwork and work ethic will defeat more talented sides full of self-interested individuals.  We have seen a couple of such results – Italy seeing off a desperately disappointing Belgium, Hungary defeating an over-hyped Austria, and Iceland drawing with Portugal thanks to the downright despicable tactic of defending deep against a markedly superior team, but it’s looking like the traditional European powerhouses will come out on top.

This is partly because coaches have less time to mould international teams into a cohesive unit such as Leicester.  Both Hungary and Iceland displayed an admirable discipline in keeping their shape, but neither side possess the attacking flair of a Riyad Mahrez or even a Jamie Vardy to dazzle at the other end.  The closest we might get to a surprise winner could be Poland; they have a superstar player in Robert Lewandowski, they have excellent support for the Bayern man in Arkadiusz Milik, Grzegorz Krychowiak and the frighteningly mature Bartosz Kapustka, and they have a hard bastard centre back in Torino’s Kamil Glik.  Looking at the draw they should have fairly easy route through to the quarter-finals, where they will probably exit against Spain.  Victory is unlikely, but should it happen, you heard it here first.