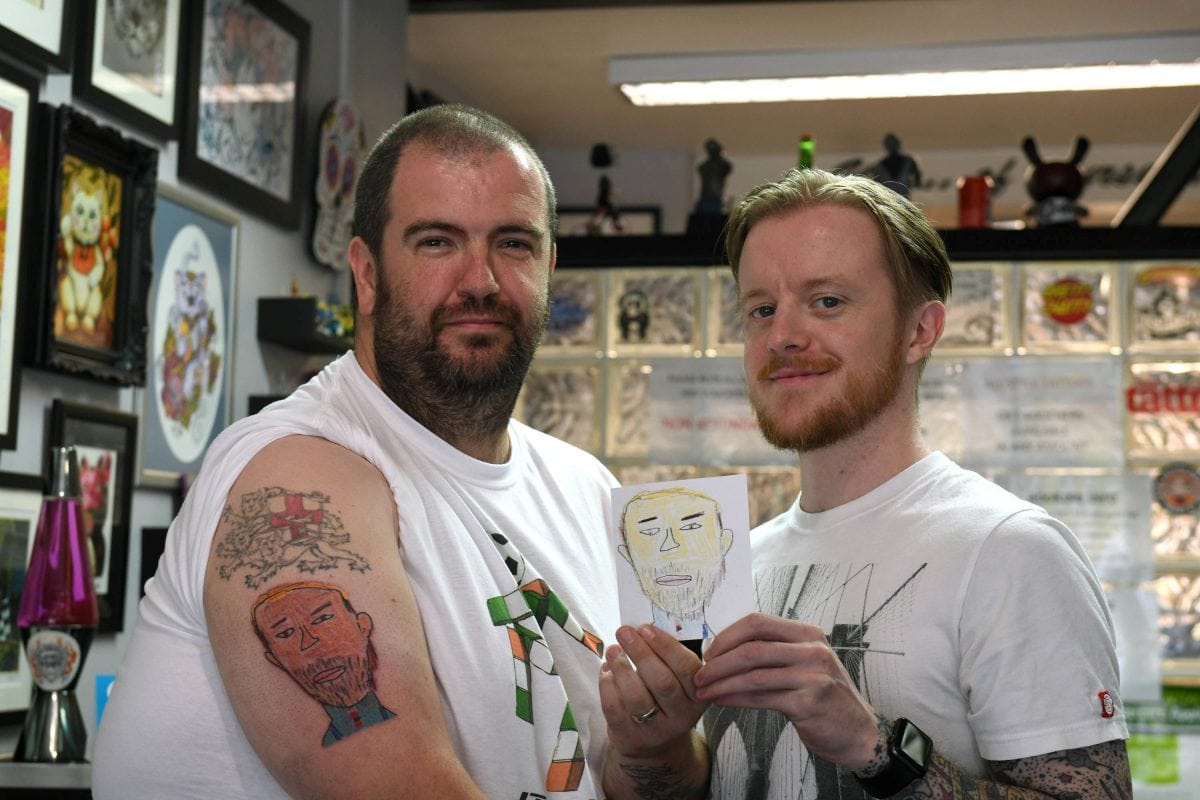 A dad-of-two has kept a promise to get a tattoo of England football manager Gareth Southgate’s face – drawn by a SIX-year-old.

Jeff Holt, 36, read on the social media site that a group of primary school students were fundraising by selling sticker books made up of their own drawings of World Cup players and managers. 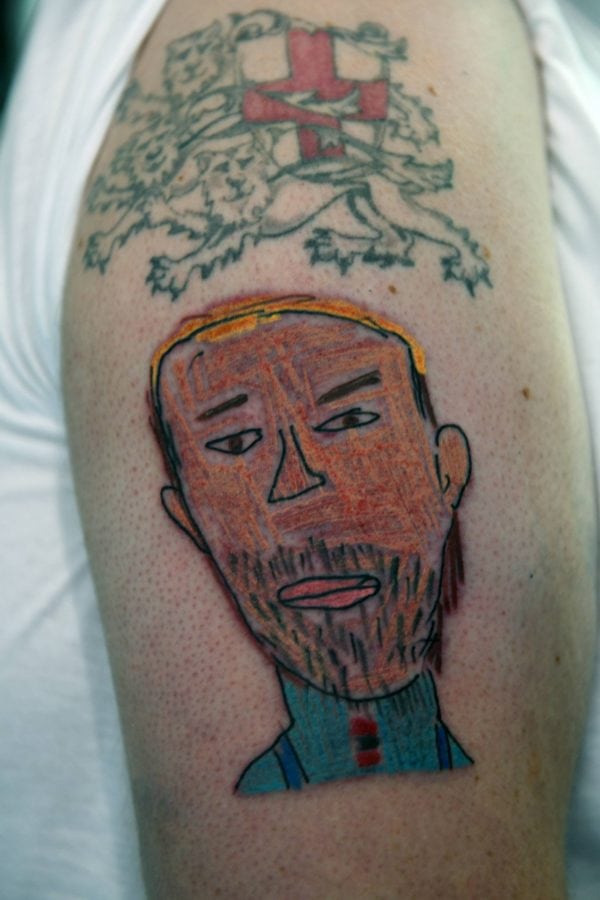 And the dad-of-two – who lives over 250 miles from the school – vowed to get their drawing of Gareth Southgate tattooed on their body if they reached their £2,000 target.

And now, Jeff has kept his promise – and has the child’s drawing of the England manager, drawn by six-year-old Lenny, inked on his right arm. 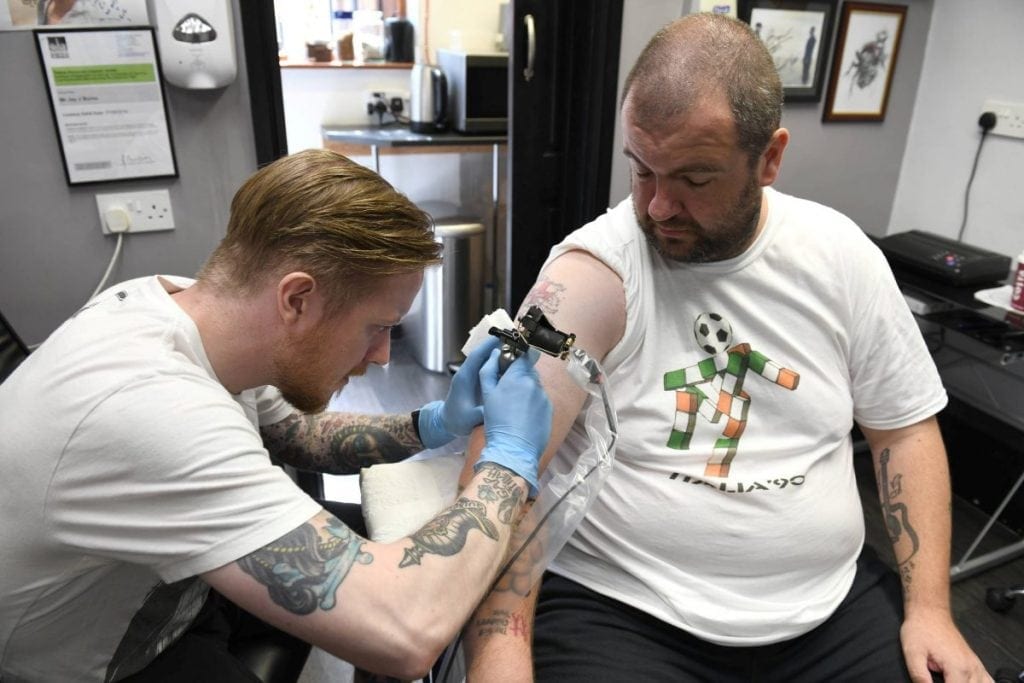 Jeff, from Walney Island, Barrow-in-Furness, said he read of the campaign at Flax Bourton Primary School in Bristol on July 7, after the quarter-final match between England and Sweden.

The students at the primary school were hoping to raise £2,000 through the sale of their Panini World Cup sticker books, made up of their drawings.

The “Flaxini” Sticker Books are being auctioned on eBay to raise money for two bowel cancer charities – The Bobby Moore Fund for Cancer Research, and Bristol charity Above & Beyond.

Jeff said: “After the Sweden game, I’d had a few rums, and I said on Twitter that I’d get a tattoo of Gareth Southgate if England made it to the final.

“Then a while later, after a few more rums, this school got in touch with me and said ‘Hang on, why don’t you get a tattoo of our version’. And that was that.” 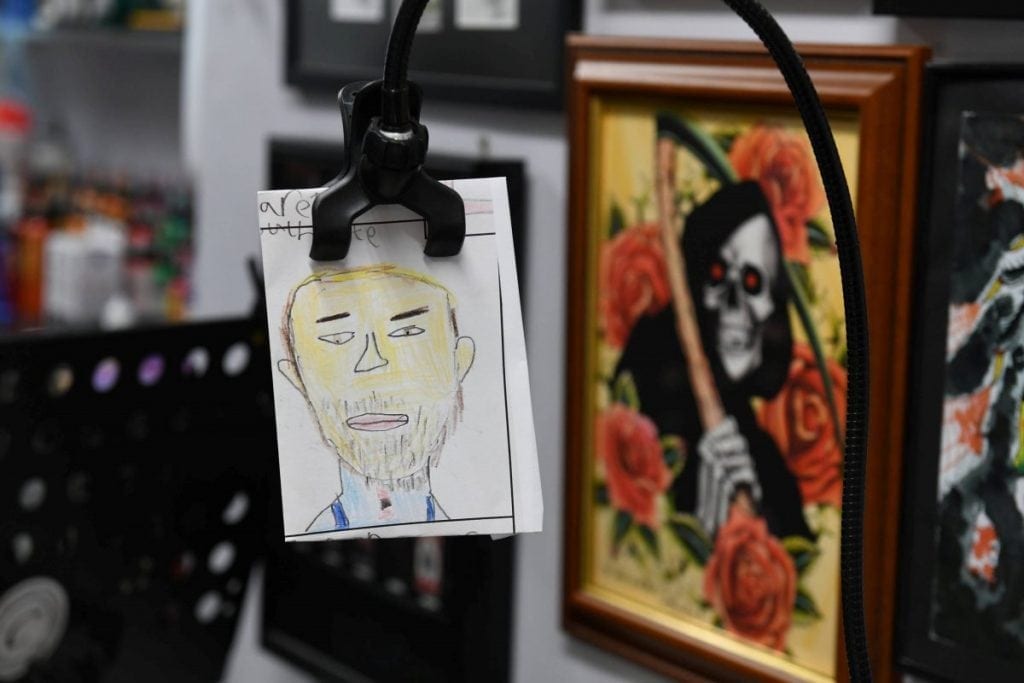 Jeff made good on his promise yesterday (Thurs) – but said his family were initially not too pleased with his new ink.

He joked: “My eldest son Oscar isn’t too impressed and my wife Gemma wasn’t that keen initially but when I told her what it was for she allowed me to get it.

“I couldn’t quit Twitter but I definitely think I need to stop drinking rum.”

But despite joking about his self-imposed rum ban, Jeff is set to get another charity-inspired tattoo at the end of July. 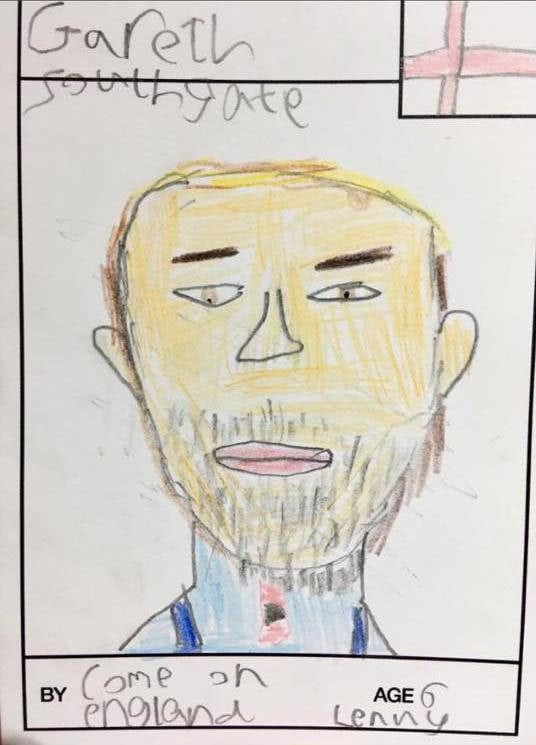 His youngest son Jasper was diagnosed with mitochondrial disease after he was born in April 2013, and the Holts are fervent supporters of the NHS.

Jeff said: “We spend a lot of time at Alder Hey because of Jasper so I’ve booked myself in to get their elephant mascot tattooed on me.”