Sport News 24/7 Every now and then you see a moment of brilliance on a sporting field. Temba Bavuma’s run out of Dave Warner, Ben Stokes’s catch(es), that Tony Yeboah goal against Liverpool… and Wimbledon, Ayrton Senna’s lap of Donnington in 1993. I could go on, but everyone has seen those special moments. Conversely, we […] 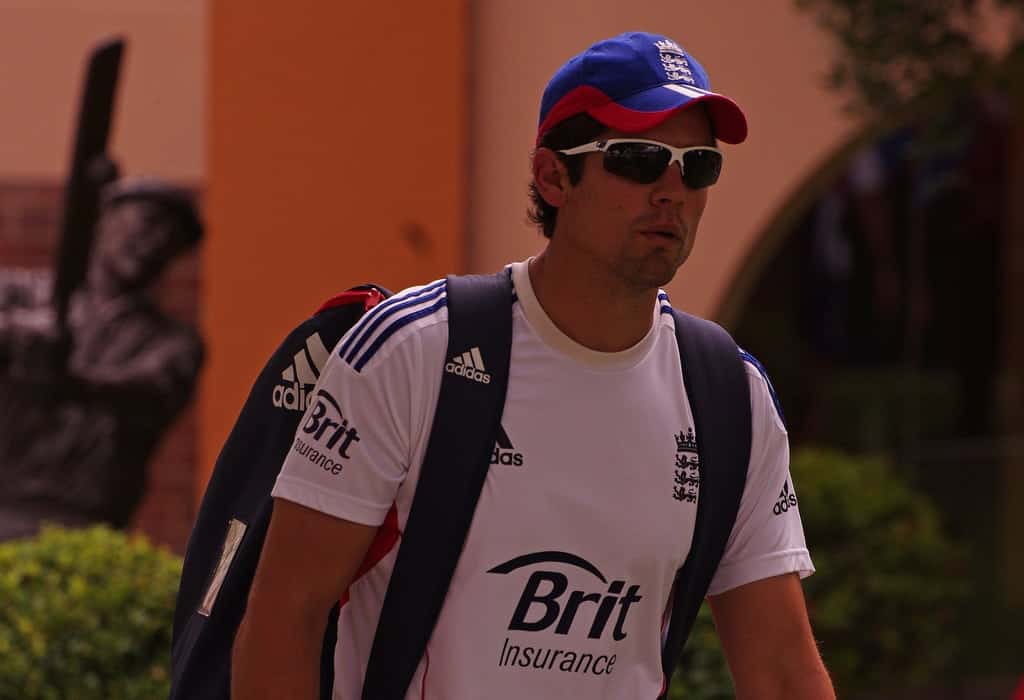 Every now and then you see a moment of brilliance on a sporting field. Temba Bavuma’s run out of Dave Warner, Ben Stokes’s catch(es), that Tony Yeboah goal against Liverpool… and Wimbledon, Ayrton Senna’s lap of Donnington in 1993. I could go on, but everyone has seen those special moments. Conversely, we see those moments when everything goes to pot – Chris Read ducking into a Chris Cairns yorker, Gareth Southgate’s penalty at Euro 96, Alastair Cook’s performance at Mohali in 2016.

England’s miserable capitulation against India in the third Test of their five Test tour was led by their skipper. He won the toss, which opened the door to a positive result, then everything went wrong.

His dismissals in both innings were poor. Whilst it is remiss to criticise Cook for his batting, it seemed to open the floodgates in all the other areas of his game. He has been so reliable for so long with the bat that he stands as an all-time great of English cricket, purely on the volume of runs he has amassed. No other Englishman has climbed the 10,000 run Test summit and Cook stands on the brink of reaching 11,000, a figure he should surpass in the remaining two Tests of this tour.

Yet he is anything but an all-time great amongst England captains. His record, to say the least, is patchy. The Mohali Test was the latest in a long line of dire leadership displays from the brilliant batsman.

Being brilliant in your field doesn’t make you a great leader. It also doesn’t mean that you deserve to be leading the side. As Arrigo Sacchi, the brilliant AC Milan manager of the late 1980s early 1990s noted, you don’t have to have been a horse to be a jockey when he was questioned for having no pedigree as a footballer. So Cook stands in reverse – a brilliant practitioner who has struggled to make it as a leader.

Questions will be asked of this England side again once the India tour is over. Inconsistency has been a hallmark of their performances ever since the 2013 Ashes series. They won that comfortably, 3-0, but then went on to suffer the humiliating whitewash that winter and things have been in a constant state of flux ever since.

The Trevor Bayliss and Paul Farbrace revolution has reaped visible rewards in the white ball arena – England are scarcely recognisable from the side that Cook led to the brink of the 2015 World Cup before he had to be removed – but their fortunes in the Test arena have been mixed.

Cook’s tenure as captain has not been without its highs. The series win in India in 2012 rightly stands out as one of the remarkable feats achieved by any side this decade. They have also won two Ashes series and defeated South Africa in their own backyard only 12 months ago.

But there have been crushing lows. That 2013/14 Ashes series. Losing a home series against Sri Lanka. Failing to beat the West Indies and Bangladesh. Drawn series at home to Pakistan and New Zealand. When things have gone wrong, they have really gone wrong.

Cook has always looked clueless when under pressure. Hi field settings are too often predictable and he has no idea how to get the best from a bowling attack if James Anderson and Stuart Broad aren’t making the ball sing for him.

This was on obvious display in Mohali. Moeen Ali and Gareth Batty were barely used – key members of a three pronged spin attack that Cook has little idea of how to utilise. His field settings were brutally exposed by India’s lower order, too.

On the evening of the third day, England had opened the door to India’s batting and Ravichandran Ashwin strode out at number seven for the hosts. Everyone knows where Ashwin likes to score – through gully and third man. Rather than keep things tight and plug these gaps, Cook left them exposed, Ashwin cashed in with 20 easy runs and the game was gone for the second time.

Of course, England had already been beaten in getting bowled out for under 300. To fail to take the first opportunity gifted to him by winning the toss, Cook failed to take the second when India’s tail was exposed.

Add to this sorry cocktail a dropped catch and it truly was a miserable performance from captain Cook.

He has much more to offer England as a batsman than a leader. He grimly hung on to power after the 5-0 Ashes defeat, which came in the midst of a nine Test stretch without a win. That pattern is in danger of repeating itself here.

For his own good, and that of the team, this series should be that for Cook the captain. He can focus on becoming the all-time leading run scorer in Test cricket; Sachin Tendulkar’s record is twitching at his very presence.

That says all you need to know about how good a player he is. Brilliant horse, shit jockey. Or something like that…