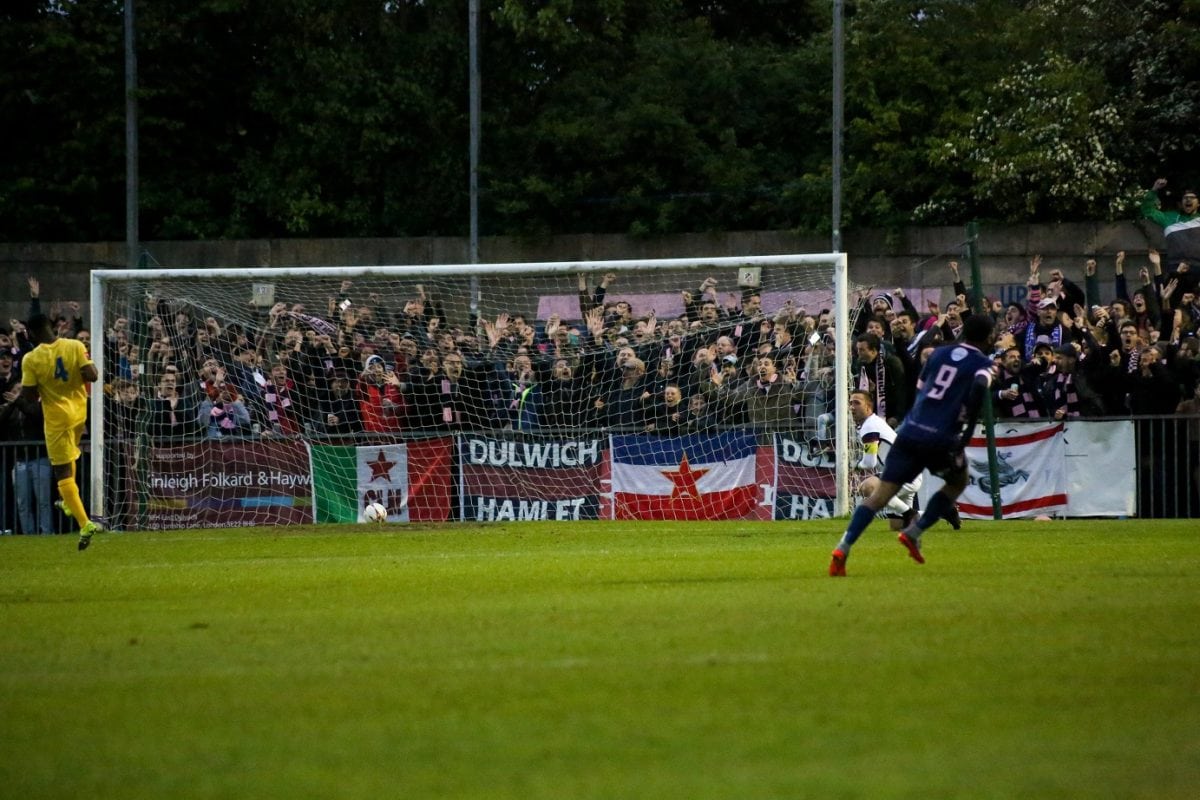 A campaign to save Dulwich Hamlet has been launched after the development firm that has been bankrolling them in recent seasons withdrew their support.

The Hamlet have become one of non-league’s most prolific clubs in recent seasons with their left-wing ultra fanbase pulling attendances that far exceed other clubs in the league.

But it will be “forced to close in the near future” after they found themselves in the middle of a complicated dispute between Meadow Residential and Southwark Council.

Meadow owns the south London club’s Champion Hill ground and wants to build houses on that site and some adjoining land.

As part of that development, which is worth an estimated £80million, the firm has promised to build the club a new 4,000-capacity venue and help it move into fan-ownership, free of debt.

The council, however, believes Meadow’s plans do not provide enough affordable housing – a minimum of 35 per cent of the development – and has taken court action to block its progress.

Below is a statement regarding the ongoing situation regarding Meadow Residential/Meadow LLP and the ownership of #DHFC?? and Champion Hill.

Mayor of London Sadiq Khan has revealed ‘deep concerns’ over the perilous future of Dulwich Hamlet, which rests on a court battle between the council and the property developer.

Speaking to The Independent, he said: “It’s deeply concerning to me that Dulwich Hamlet’s future remains uncertain at a time when it is doing so much good in the community.

“I urge the current owners to do the right thing and revisit their application to protect Dulwich Hamlet and deliver more affordable homes, or find an alternative that ensures the future of a football club that means so much to its supporters and local community.”

A planning appeal will commence on 12 December, but until that date The Hamlet are launching a campaign of their own to save the club on the brink of extinction.

A crowdfuning page has been set up with the aim of raising £10,000 to help the club cover costs for player wages and to help towards the stability and future of the club.

The full story, and how to donate, can be found here.