Sport News 24/7 By David de Winter – Sports Editor @davidjdewinter  @TLE_Sport It was a tame draw in the Merseyside derby at the weekend that finally convinced JW Henry to dispense with Brendan Rodgers’ services as Liverpool manager.  Derbies can define a manager’s reign and despite having a fairly good record against Everton, there was […] 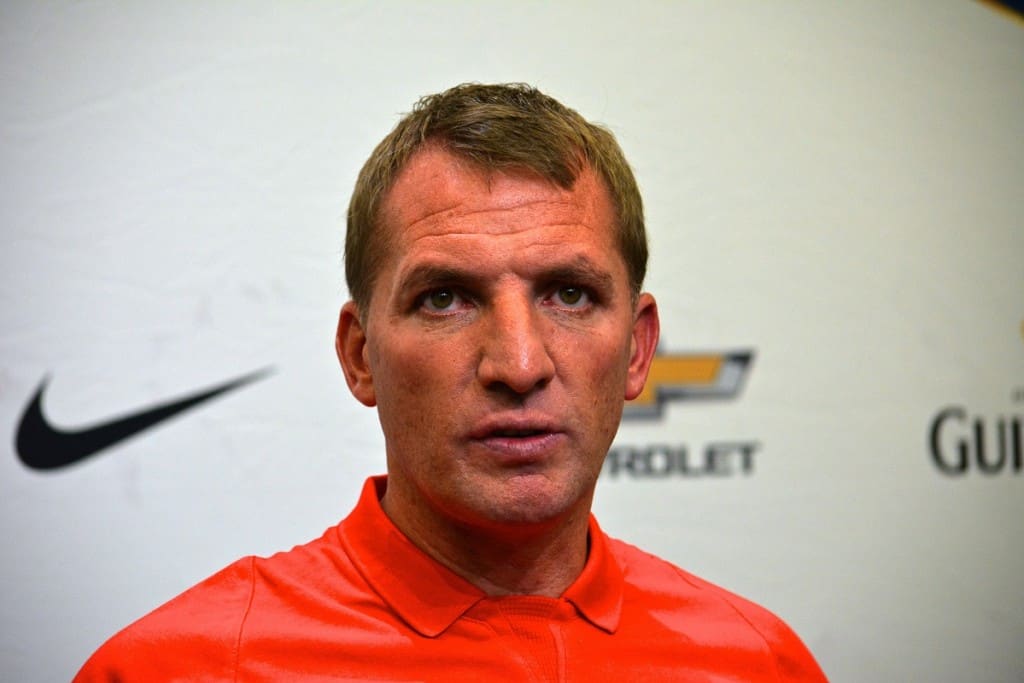 It was a tame draw in the Merseyside derby at the weekend that finally convinced JW Henry to dispense with Brendan Rodgers’ services as Liverpool manager.  Derbies can define a manager’s reign and despite having a fairly good record against Everton, there was not enough on show at Goodison Park for Liverpool’s owners to continue with Rodgers at the helm.  In truth, the writing was always on the wall since the summer when a thorough review was conducted after a poor 2014/15 season during which his assistant, Colin Pascoe, lost his job, but Rodgers kept his.  A sedate start to the season has convinced the powers that be at Liverpool Football Club that they would be better off with a different manager.  But are they right?

It is slightly bizarre that the board gave Rodgers £75 million to spend (on Christian Benteke, Roberto Firmino and Nathaniel Clyne and others) but then gave him barely 10 games for his new signings to pay off.  Either sack him in the summer or back him.  Now a new man must come in and work with someone else’s squad just over a month after the transfer window shut.  That seems short-sighted.  For me at least some of the blame should lie at the boardroom door.  The club has been run recently in a seemingly haphazard way recently and just because the manager has been sacked should not exonerate those at board level from blame.

Speaking of haphazard, what about Liverpool’s transfer policy?  Since Rodgers joined in 2012, the club has spent almost £300 million on new players.  That’s an average of £75 million every season (including the current one).  What silverware has he won?  Nothing.  Herein lies the main problem for Rodgers.  He has been backed significantly in the transfer market but apart from an amazing 2013/14 season where Liverpool finished runners-up, he has lead the club to a 6th and a 7th place finish in his other two seasons.  For the amount invested, that is not good enough.

But again, are all the transfer dealings Rodgers’ fault?  Much has been made of Liverpool’s ‘transfer committee’, compromising scouts Dave Fallows and Barry Hunter, director of technical performance Michael Edwards, FSG shareholder Mike Gordon and chief executive Ian Ayre, so surely they should shoulder some of the blame for the club’s woeful signings?  Off the top of my head I can think of two Rodgers signings that have been successes: Philippe Coutinho and Daniel Sturridge.  Some of the players brought in have been lamentable: Dejan Lovren (£20 million), Lazar Markovic (£20 million), Fabio Borini (£12 million), Oussama Assaidi (£7 million), Luis Alberto (£6.8million), Iago Aspas (£8 million), Mario Balotelli (£17 million), Rickie Lambert (£4 million).  That’s £95 million on players who have essentially been complete flops.

The likes of Adam Lallana (£25 million), Simon Mignolet (£10 million), Alberto Moreno (£12 million), Emre Çan (£10 million) and Joe Allen (£15 million) have been so-so but have hardly revolutionised the team.  For such an outlay any chairman would be expecting Champions League football but instead Rodgers has barely kept Liverpool treading water.  They are arguably in a worse state than when he took over.

Rodgers has lamented losing his best players in the past.  Yes, losing Luis Suarez in the summer of 2014 was a huge blow but Liverpool received an astronomical fee and made the cardinal sin that Spurs had done the previous season of spending it on a handful of unproven players instead of buying two absolutely top quality signings.  Yes he has had to rebuild but he has also had the resources to do so and to give the board some credit, apart from this season, they have given him time to do so (Rodgers was the second longest-serving manager in the Premier League).

I like Brendan Rodgers.  I like the way he brought an irresistible attacking verve back to Liverpool Football Club and had them dominate teams like the great sides of the 70s and 80s.  The 2013/14 team gave me as much pleasure as I have ever experienced watching football.  Ultimately, however, football is a results business and Rodgers’ Liverpool lost that cutting edge, developed a soft underbelly and always had a certain naivety (witness the climax of the 2013/14 season).  Rodgers also made a grave error in selling Daniel Agger, a player who was Liverpool through and through.  With the riches on offer, the owners obviously want the Reds to be competing in the Champions League and felt the Northern Irishman was not the man to deliver that.  So is there anyone out there who could?

Jürgen Klopp is the man who has been heavily linked with the Anfield hotseat.  The ex-Dortmund manager won two Bundesliga titles and reached the 2013 Champions League final during his seven year tenure but also presided over a relatively disastrous seventh-place finish last term.  He comes with an excellent reputation as a man manager and a hard worker but can he work within Liverpool’s current structure?

His remit will be a top-four finish and a cup with hopefully some significant investment in January.  Liverpool might not be the force of old but they still demand the highest standards.  It remains to be seen whether Klopp (or anyone else for that matter) can attain them.