By Joe Mellor, Deputy Editor TLE has decided to sniff around the areas of London that “normal” people – as in people or couples who earn treble the national average wage – could buy a home in the capital. If you can afford Chelsea, Holland Park and Primrose Hill this list really isn’t for you, […] 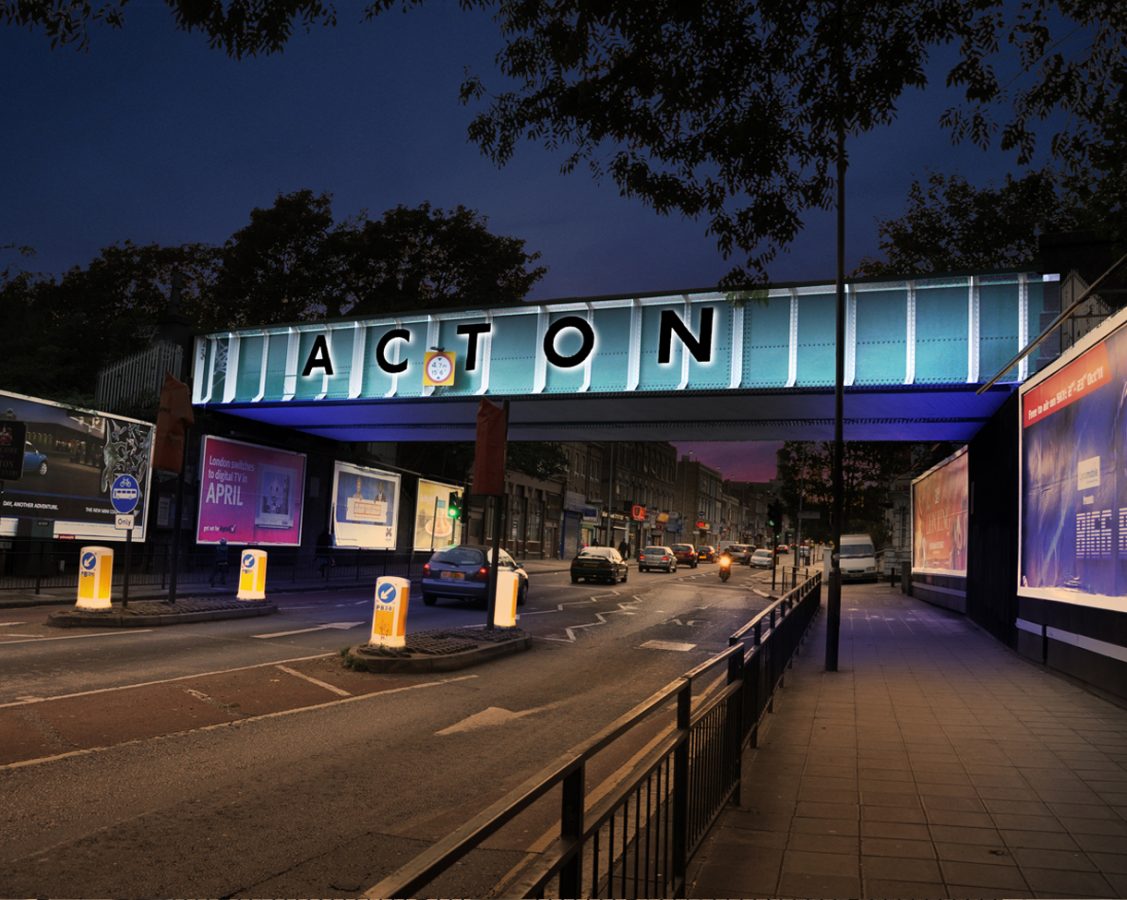 TLE has decided to sniff around the areas of London that “normal” people – as in people or couples who earn treble the national average wage – could buy a home in the capital. If you can afford Chelsea, Holland Park and Primrose Hill this list really isn’t for you, go out and be fabulous. This is dirty work, leave it to the rest of us. Please feel free to send in any other suggestions, but then if there was an enclave of London where a two bed Victorian conversation with a private garden cost £175,000, you probably wouldn’t want to tell anyone else. The list is in alphabetical order, using the bright lights of the Angus Steak house in Leicester Square as the central pulse of London. House prices are based on Zoopla figures on 23/07/2014 and are subject to fluctuation. Travel times are also dependent on the smooth running of London’s ageing transport system. Acton is a district of west London located in the borough of Ealing. It is very popular with antipodeans. One resident on ChiswickW4.com said of our friends down under “they hold 24 hour parties in the garden, drink enough Fosters to float Dame Edna and have voices that you can hear across the outback, from West London.” Make of that what you will.

We found a whopper for £299,950. A fully refurbished split level flat arranged over three floors. Anerley is an area of South East London within the borough of Bromley, bordering Croydon. It is the site of the actual Crystal Palace. Sadly that was a few generations ago, but there is Lidl up the road. Every cloud…

A sluggish 37 minutes, 21 mins train to London bridge then 16 min on tube.

We found a ground floor garden maisonette situated in a residential location close to local shops, buses and train stations for £250,000 Beckton is in East London’s Newham. An extensive toxic spoil-heap became an artificial ski slope, opened by Princess Diana, with a viewing platform at the summit and a Swiss-style bar at the foot. However, the site is now derelict, which is a shame really.

42 mins, DLR then two tube changes, not a mouth-watering prospect, am I talking about the journey or the food?

We found a  chic two bedroom house with off-street parking and a lovely garden for £250,000. Situated in a superb location for good road links and access to the City and Canary Wharf. Catford is a district of South East London, within the borough of Lewisham. It’s named after the black cats, associated with witchcraft and being thrown into the ford. Think of the YouTube hysteria if the internet existed in the dark ages. Charlton is a district in South East London, part of the Royal Borough of Greenwich. Charlton is the only neighbourhood in Greenwich or Lewisham to rightly hold the title Village, and the place where King James (1608) planted a Mulberry tree to cultivate Silkwoms.

27 mins, 26 mins train to Charing Cross 1 min on tube, as before walk it people.

£235,000 A lovely and good sized two bedroom flat with a balcony found on the first floor of this small block in this excellent location by Charlton Park. “Collywood” is south, really quite far south, London, but it’s still on the tube and almost affordable. But be quick, “Collywood” is due to be the Balham of the deep south any time soon.

29 mins on the tube. Beware the last tube into town goes earlier than expected. Don’t get caught there drunk, at last orders, and pay for a £40 taxi home. You would have to be an idiot to do that…

We found a first floor two bedroom maisonette in need of full refurbishment for £250,000. The property is situated within a residential cul de sac in the heart of Colliers Wood located just a short walk to the underground station. Ahh the “Shoreditch of South East London”, on the south bank of the River Thames, allegedly where Sir Walter Raleigh laid down his cape for Elizabeth. These days he could easily buy a new jacket from one of the many discount stores on the high street, the cheapskate.

We found a property with two double bedrooms (one with en-suite shower room) very close to transport links for £300,000. Enfield is a suburban London borough in north London, England. The Barclays Bank branch in Enfield was the first place in the world to have an ATM or cash machine; it was officially opened in June 1967 by Reg Varney, from comedy series On the Buses. Need I say more?

We found a terraced house situated in Enfield for £265,000 with the potential for a rear extension Could it be the Notting Hill of the South? Probably not, and my six foot six cousin got mugged there. That aside it’s got a bit of a “villagey” feel. The Horniman Museum has one most varied collections of taxidermy in the northern hemisphere. If stuffed creatures are your thing, then you probably already live in the area and have pushed the prices up, you animals.

We found a first floor apartment refurbished to a high standard with a long lease, residents parking, balcony and leafy views for £240,000. It is one of the main shopping streets in North London, and carries the A1 road as it passes through Holloway, in the London Borough of Islington. You could drive directly to Newcastle without turning, if you were so inclined. I used to drink in a “rock” bar there. I haven’t been back for ages, as some of the things I saw in there have mentally scarred me.

We found a property for £330,000. Set on the first floor, above commercial premises this two bedroom converted apartment is offered for sale in good decorative order. Leyton is a district of east London and part of the borough of Waltham Forest. During the 17th and 18th centuries Leyton was a “pretty retiring spot” for wealthy merchants and bankers. Now it is one of the most ethnically diverse areas in the UK.

A dry as a bone 36 mins Overground then two tubes. New Eltham is an area of South East London with parts inside the Greenwich and Bexley boroughs. My partner’s family are from there, so I’ll have to choose my words carefully. Let’s just say it lacks character, like a glass of house red in a suburban curry house in Coventry.

26min to Charing Cross, I’ll book a table for six, to say sorry to her family.

We found a beautifully presented and modernised purpose built maisonette located in a popular residential road within close proximity to local amenities and bus routes for £250,000 . Actually quite pricey, but pretty much nobody has ever heard of it, so worth a mention. Think of it as Shepherd’s Bush to Brixton’s Holland Park, kind of. Well it’s just down the road anyway. It is rumoured that this name refers to the beheading of a nun during the Dissolution of the Monasteries. Weirdly, these days you would be allowed to watch this on Facebook

We found a 2 double bedroom purpose built apartment for £300,000. Located in Nunhead village and within seconds of the station. Perivale is a small suburb in the borough of Ealing, West London. It is home to one of the first American-style diners in the UK called Starvin’ Marvin’s.

32 mins on tube changing once. Maybe cancel the reservation and go to Starvin’ Marvins?

We found a property for £265,000 located on the Medway Estate, parallel with the Western Avenue (A40), within approximately 100 yards from local shops and bus routes. Plaistow is an urban area in the borough of Newham in east London, immediately south of West Ham. The name comes from Manor of Plaiz, as Sir Hugh de Plaitz in 1065 owned the district. He was the first and certainly not the last who claimed it was his “manor.”

30 mins on tube, should have just had a “Ruby” instead.

We found a two double bedroom first floor converted flat for £249,995. Benefits include share of the freehold. Situated in A most sought after location and only A short walk to Upton Park district line.

Shepherd’s Bush is an area of west London in the London Borough of Hammersmith and Fulham, home to the Westfield shopping centre, the largest urban shopping centre in Europe. Make your own mind up if that is a positive or negative.

We found a property for £275,000 perfectly located for local shops and restaurants on the Uxbridge Road and the Westfield`s Shopping Centre. Local transport links include White City station (Central Line). Southgate is an area of north London that straddles the boroughs of Enfield and Barnet. The singer Rachel Stevens from S Club 7 and Amy Winehouse were born there, a rich and diverse area.

31 mins on the Piccadilly Line, expect delays, maybe you should have ordered that starter. Sydenham is a South East London suburb in the boroughs of Lewisham, Bromley and Southwark. Like nearby Forest Hill, Sydenham is trying to turn trendy. It’s showing signs of life, like cress growing in a cupboard.

23 mins train to Charing Cross, but a pop-up steakhouse will be opening around the corner, at some point, maybe.

We found a two bedroom flat, situated on the first floor, offering a large reception room/kitchen, two well proportioned bedrooms and a fabulous balcony for £215,000. An area of north London in the London Borough of Haringey. A humorous poem entitled the Tournament of Tottenham, written around 1400, describes a mock-battle between peasants vying for the local bigwig’s daughter. Sadly, these days the locals are more likely to fight against alleged police brutality.

We found a larger than average two bedroom first floor conversion flat converted from within an older style property for £249,950. Wood Green is a district in north London located in the borough of Haringey. Pop down the road to Green Lanes for a kebab, the Greek and Turkish communities just about live in harmony side-by-side.

21 mins on the Piccadilly Line or a Kebab? Decisions, decisions.

We found a property situated in the heart of a vibrant developing area for £279,950. A two bedroom ex-local authority apartment occupying the ground floor.