Micro-homes have become a growing trend. First time buyers face increasing difficulty getting on to the property ladder, so could micro-homes be the answer? Micro-apartments can offer smart living, luxury and social spaces at an affordable cost. They’re smaller homes consisting of a kitchen, bathroom and a sitting and sleeping area – with limited storage […] 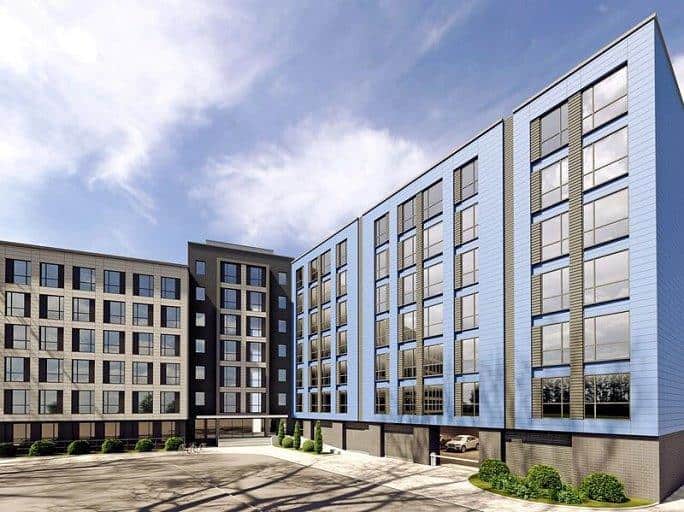 Micro-homes have become a growing trend. First time buyers face increasing difficulty getting on to the property ladder, so could micro-homes be the answer?

Micro-apartments can offer smart living, luxury and social spaces at an affordable cost. They’re smaller homes consisting of a kitchen, bathroom and a sitting and sleeping area – with limited storage space. With squeezed budgets, first time buyers and tenants are opting for affordability, location, transport hubs and lifestyle over size.

Why are developers building micro-apartments?

Martin Skinner, Chief Executive at Inspired Homes, a micro-apartment developer, said: “We develop affordable private homes for first time buyers and young professional renters. Our apartments are around 40 per cent smaller than a typical new-build apartment, but costs around 25 per cent less because they’re smaller.

“We cater for buyers who would otherwise be priced out of the market and unable to get a foot on the property ladder, as well as renters looking to save money on a high specification home in a central location.”

The micro-apartments are also available through the Help to Buy home ownership scheme.

Inspired homes have 12 developments delivering over 1000 micro-apartments. Fabrick, their first development in Cheadle, Greater Manchester is built on derelict land. Martin adds: “Cheadle Hulme is a fantastic little commuter town that ticks a lot of boxes. There are quirky independent pubs, restaurants and cafes such as the Chiverton Tap and Platform 5 – and it’s just 10 minutes to Manchester Piccadilly by train.”

The Fabrick has co-working spaces – an exclusive residents lounge and roof top terrace. Popular among young professional residents, this space offers residents the opportunity to interact with other residents. “We like to provide shared social spaces where people can work/play and get to know their neighbours,” says Martin. “The co-working space at Fabrick is flexibly designed so it can be set up for music events or stand-up comedy in the evenings or weekends if residents so desire.”

What does the future hold?

We’re well aware of the housing crisis and shortage of homes, especially in major cities in the UK. The rise of micro-homes are providing an opportunity for many people to get a foot on the property ladder, and also live in cities where they would normally be priced out of the market.

How do micro-apartments fit into the wider perspective of the property market?

Martin shares his views: “As it stands, space standards prevent developers from obtaining planning consent for micro-apartment schemes. We have got around this by converting old offices under permitted development rights. We have proven that there is demand for micro-apartments and it clearly fills a gap in the market for affordable private homes that are in reach of buyers on average incomes.

“The Government touched on micro as a solution to the housing crisis in their white paper, promising a review of space standards, and the Greater London Authority have been fairly amenable to developers such as Pocket Living who build smaller apartments, although not as small as ours.

“With our help, the British Property Federation recently published a first industry-recognised definition for micro-living and we remain confident that micro will form part of the Government’s housing strategy in the future, especially if they are to meet their housing targets.”