Danny Dyer has launched an explosive attack on Brexiteer politicians as well as lamenting the “age of food banks” and re-visiting his viral spat with David Cameron. The actor and EastEnders star blasted Boris Johnson for “spouting bollocks” in an interview published in this week’s Big Issue. He called Nigel Farage “another prick in a […] 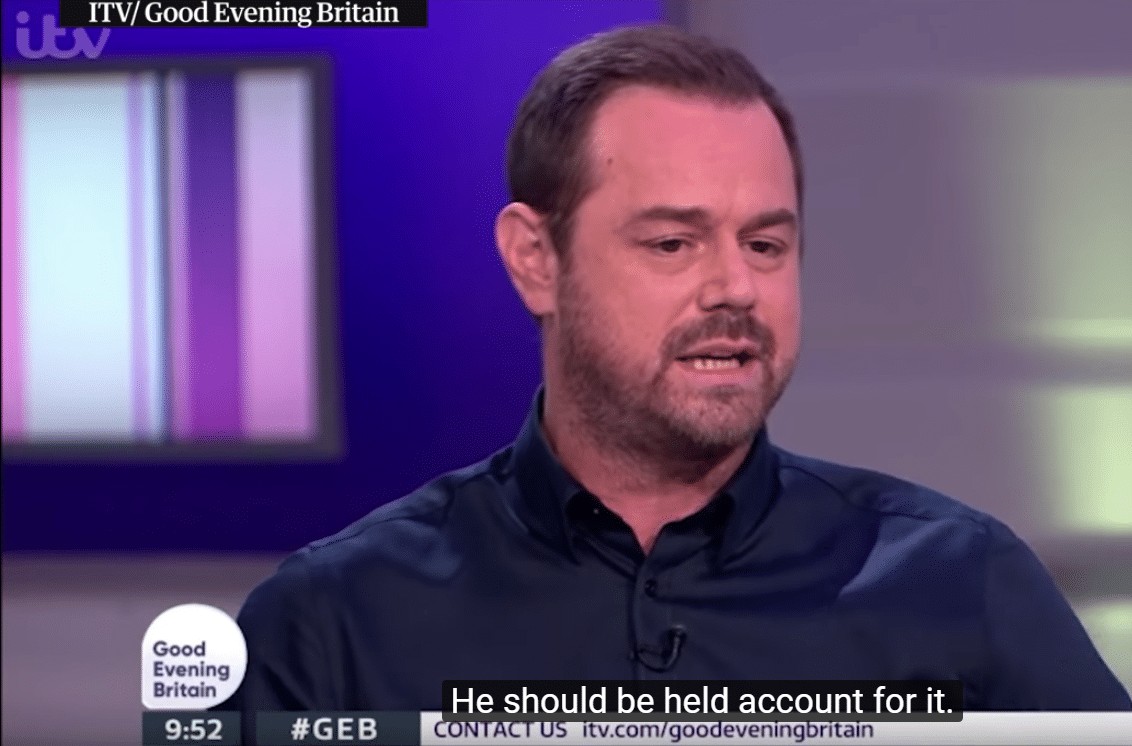 Danny Dyer has launched an explosive attack on Brexiteer politicians as well as lamenting the “age of food banks” and re-visiting his viral spat with David Cameron.

The actor and EastEnders star blasted Boris Johnson for “spouting bollocks” in an interview published in this week’s Big Issue.

He called Nigel Farage “another prick in a suit” and defended Theresa May for inheriting a difficult job.

He said: “Theresa May, bless her, just got that job by default. Boris Johnson running around with his stupid haircut spouting bollocks.

“Young people look and think: ‘If these are the people running the country, why shouldn’t I go and loot and riot?’

“They just don’t give a fuck. This us against them-type vibe has got worse. We are living in an age of food banks. How the fuck did that happen? Seriously.”

The 41-year-old made an appearance on Good Evening Britain earlier this year where he labelled the former prime minister David Cameron a “twat” for calling the EU referendum.

Expanding on the interview, he said: “[Politicians] are floundering around. They have been given this thing called fucking Brexit because of one man. One man. Who we voted in to be our prime minister, who purely for his own ego decided to call a referendum just to get rid of Nigel Farage.

“Farage, another prick in a suit who tapped into something – and I suppose it is that white working-class, middle-age man who lost his voice slightly.

“He tapped into what he felt maybe they wanted to say and twisted it. He got a bit of a following, so Cameron decided to call a referendum just to get him.

“Well, fuck you, Cameron you posh twat. Sorry. It backfired on him didn’t it? And what does he do? He fucks off. He doesn’t like the way it went and he fucks off.

“Look where we are now. If our leader is willing to say ‘oh, I can’t be bothered’, where is our structure? Where is the foundation?”