By Bea Patel, Property Editor and Director of Shop for an Agent, the estate agent comparison site Housing was a key policy in the election. With the Conservatives securing the popular vote to form a majority government, many look forward to seeing policies they’ve pledged come through, such as first time buyer new-build homes at […] 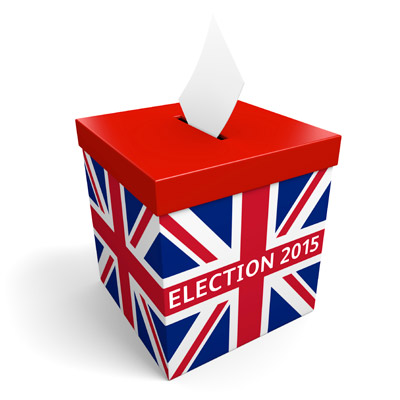 Housing was a key policy in the election. With the Conservatives securing the popular vote to form a majority government, many look forward to seeing policies they’ve pledged come through, such as first time buyer new-build homes at a 20 percent market rate reduction to under 40’s and their Help to Buy ISA and its extension.

Research conducted by eMoov.co.uk on 2,018 adults in England and Wales before the election showed that 57 percent were unsure of the consequences this election would have on them, 20 percent thought house prices would increase further, 27 percent had concerns over interest rate rises, and 50 percent thought more should be done for first time buyers.

Russell Quirk, Founder and CEO of eMoov.co.uk says: “Those at the top end of the UK property market will be breathing a sigh of relief having avoided a hefty, Labour lead, Mansion Tax. I don’t think there will be huge implications at the other end of the market. The Conservatives introduced the new Help to Buy ISA to encourage first time buyer votes and plan to extend it. I can’t see them making a U turn on their Stamp Duty Tax amendments either, so the lower end of the market should benefit to some extent.

“Research by eMoov.co.uk has found that under their tenure, a Conservative government is twice as successful in seeing an increase in house prices, certainly a plus where homeowners are concerned. However, a recent poll of MPs and the general public found that many believe Britain is currently experiencing a housing crisis. There is a rather strong argument that the current government’s policies on the property construction, or lack of it, has contributed to this current crisis.

“One hopes that the election bribes orchestrated by the Conservatives will actually be promises that are kept. Based upon the rhetoric from previous campaigns versus the elected reality, I doubt that the pledges will be matched by the outcome regardless of who has now formed the government. If they are to really help the housing market, they need to deliver on the regenerating of brownfield land to facilitate the construction of the 400,000 new homes. Under the last government there was a woefully inadequate shortfall of around 70-80,000 homes a year and this can’t continue.”

With the growing concerns over supply and demand, the Conservatives outlined a seven-point plan to tackle this issue for first time buyers. The push of the Help to Buy ISA, the build of quality starter homes, and the extension of the Right to Buy for housing tenants giving further 1.3m families the right to buy their homes will help level out supply and demand.

Mark Hayward, Managing Director of The National Association of Estate Agents says: “A majority government is good news for the housing market. Our concerns with a majority Conservative government is whether they are going to be able to cash the cheque of promises they’ve made for home ownership within just five years.

“Supply and demand is a huge issue plaguing our country, and without tackling issues over planning, infrastructure and skills capacity, we worry that they will be unable to meet the growing demand of first time buyers and fulfil their promises.”

London estate agent Chestertons predicts that sales and lettings will once again explode into life, with sales of higher value properties set to soar, and landlords and tenants regaining confidence after months of uncertainty.

Robert Bartlett, Group CEO of Chestertons says: “There are still issues to be addressed in the property sector in London, not least the need to boost housing supply, make the rental market more transparent and accessible, and unlocking opportunities for regeneration through a joined-up approach to planning and infrastructure delivery. We hope the new Government will continue to work with the property sector and consult properly on proposed changes so together we ensure that any new policies will work as they are intended and can help deliver the long-term sustainable growth and sensible innovations that our industry requires.”

Richard Davies, Chestertons’ Head of Residential, adds: “The prime residential markets in London will certainly welcome the clarity this result brings. Many clients in higher-value properties will have been making contingencies for a Mansion Tax coming in, while landlords will also have been scratching their heads at the raft of changes Labour would have implemented. Now the fog of uncertainty has lifted and the way ahead is clear; homeowners and landlords alike can look forward to sustained growth and dynamism returning to the market.”