Four of the finest, rare and unique mews come to market in Prime Central London location - sought-after among several celebrities. 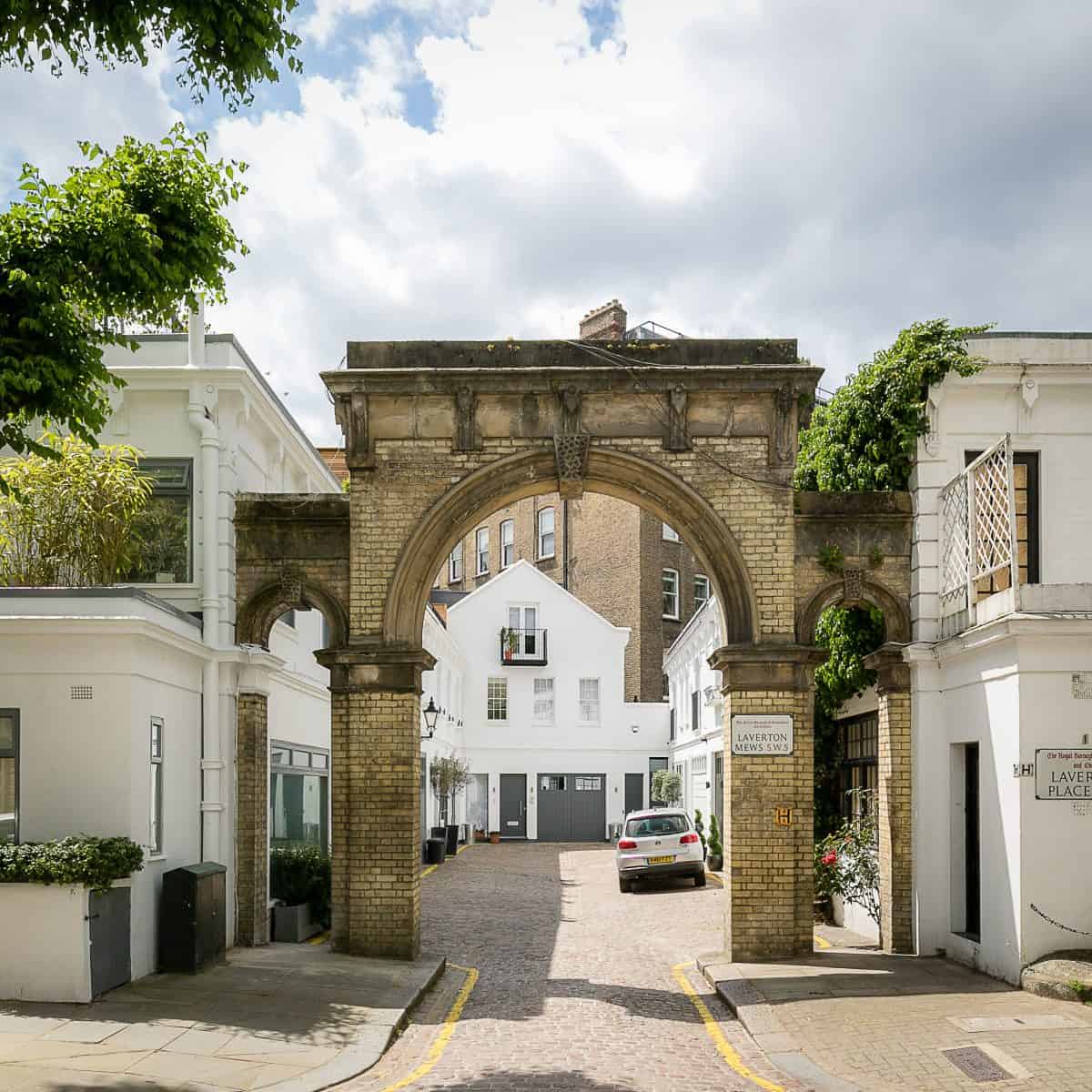 Four of London’s finest mews – in Belgravia, Kensington and Knightsbridge range from an eclectic range of styles, from an exceptionally finished turn-key mews to a character-filled mews Roald Dahl used to live below – and they’re on the market. The rarity, uniqueness, privacy and location in Prime Central London has led mews properties to become among those most sought after by a plethora of celebrities, such as Adele, Madonna and Michael Caine.

Mews are generally recognisable by their grand archway leading onto a cobbled dead-end street. Homes were typically two-storey tall and originally designed for storing horses and carriages on the ground floor, while groomsmen and other members of staff occupied the upstairs quarters. Mews houses were often found to the rear of the palatial estates and garden squares in the heart of central London, they are often located moments from London’s finest streets, offering unrivalled location.

Mews properties have risen from humble origins to become among the most sought-after homes in the capital. Most mews streets were originally constructed during the 19th century by wealthy families, making them extremely rare.

Mews homes have an advantage over properties with similar architectural heritages, as they are not listed buildings. This is ideal for people who seek the charm of period architecture but want the flexibility to remodel and modernise the interior. The flexibility of the internal designs has led to the rise of ‘super mews’ by removing internal walls, adding additional floors, excavating basements or even combining multiple mews properties together to create additional space. This has allowed for a host of modern-day features to be incorporated, such as retractable ceilings, mezzanines, lifts and gym facilities.

Four mews on the market

The exquisitely designed quiet three-bedroom mews home is on a cobbled street connecting Chester Street and Chapel Street in Belgravia. The turn-key property has been rebuilt inside to maximise light and is finished impeccably, making for the ideal lock-up and go pied-a-terre.

The house is spread across four floors, with the first floor solely dedicated to the master bedroom, dressing room and luxurious ensuite. The additional bedrooms are finished in Hamptons Style, after the grand beachside mansions in New York, utilising white woodwork.

Turnchapel Mews is located on a private gated mews, in-between Clapham Common and Battersea Park – an exclusive cobbled courtyard that was once the home of acclaimed author Roald Dahl. During this time, he completed his seminal novels ‘The Witches’ (1983) and ‘Matilda’ (1988).

Pont Street Mews is widely recognised as the premier mews address in Knightsbridge. The cobbled street can only be accessed via electronic gates – ideal for people who want privacy, discretion and an unrivalled location, just moments from the rear of Harrods.

Pont Street Mews is a part of a new generation of super mews. The 2,438 square feet home is spread across five-floors and has been finished to the highest standards. Each of the three bedrooms has an ensuite and the master ensuite is particularly impressive, with a grand wall mounted sculpture inspired by Greek mythology overhanging the bathtub. Two of the floors are dedicated to living space, including a media suite and gym. The mews also has off street parking across the 22 feet wide frontage.

Laverton Mews is entered through a 15 feet grand archway to reveal a quiet cobbled street with five white stucco fronted properties. In the heart of Kensington, it’s ideal for those seeking a pied-a-terre with unrivalled location.

The two-bedroom home has undergone a redevelopment by renowned interior designers, Turner Pocock, working closely with the owners to create a home that maintained its period features internally, with a contemporary twist. The centrepiece of the home is the sizeable garden terrace located on the second floor, which is perfect for al fresco dining in the evenings or to simply enjoy the evening sun, due to the south-west orientation of the terrace.

Hugo Cordle, Sales Negotiator at Russell Simpson, said: “One of the most desirable aspects of living in a mews is the sense of community. Neighbours know each other well and can often be found sharing a glass of wine outside in the summer, whilst the children play on the cobbled streets. It is also quite common for residents to organise street parties, especially if there is a Royal celebration in the calendar.  There is also a real sense of seclusion, as many are often on dead-end lanes, but their location is unrivalled, just off London’s finest streets.”