When buying a door lock for your home, you expect that lock to be unique to you. You wouldn’t want to think every Tom, Dick and Harry who came strolling past had a set of keys in their pocket that worked just as well in your door lock as they do in theirs. But despite […] 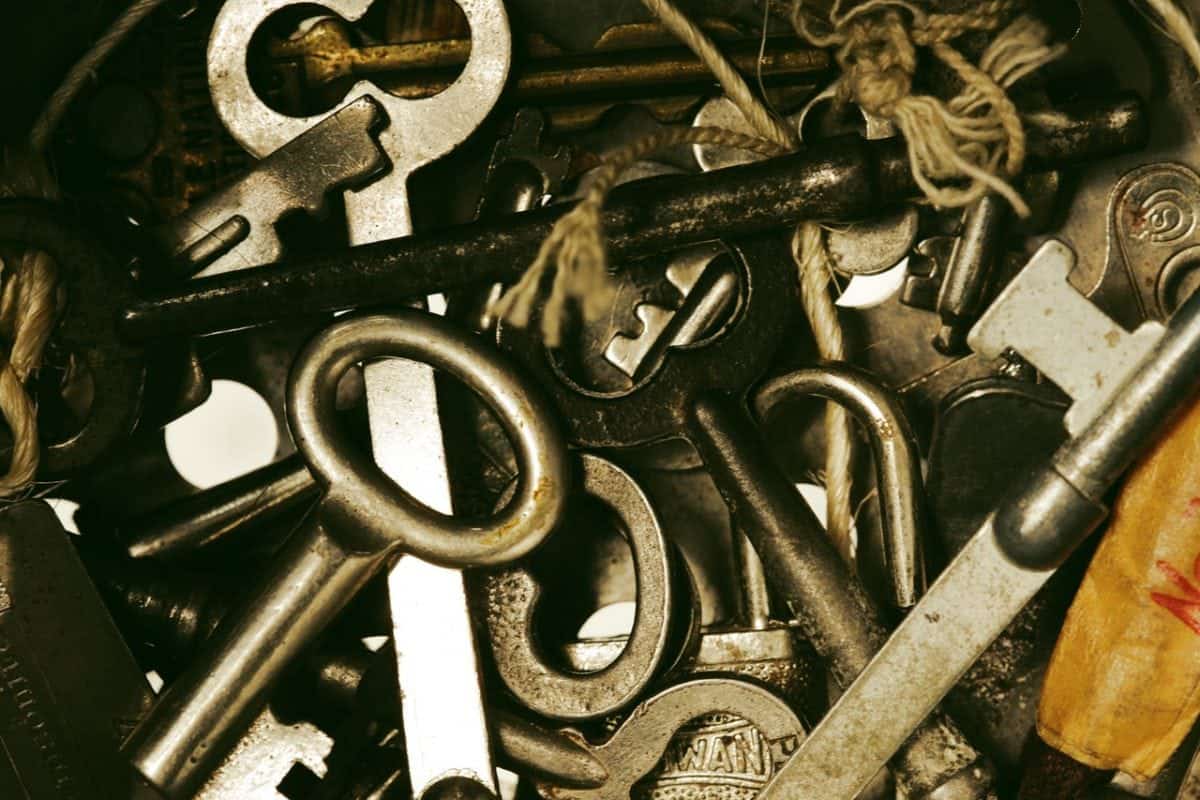 When buying a door lock for your home, you expect that lock to be unique to you. You wouldn’t want to think every Tom, Dick and Harry who came strolling past had a set of keys in their pocket that worked just as well in your door lock as they do in theirs.

But despite the whole purpose of door locks being to allow entry to only those people you’ve trusted with your key, not every door lock is unique.

How do door locks work?

The Banham guide to the different types of door locks explains that pin cylinder locks use a tumbler mechanism contained within a cylinder. It uses pins of varying length, that must be aligned along a straight ‘shear line’ in order to open, which can only be done using the right key. Take a look at this animated short of how a pin cylinder door lock works:

Another common type of door lock is the lever tumbler lock, which usually come in 3- and 5-lever types. Each lever needs to be lifted to a specific height by the key in order to unlock, using a key specifically known as a ‘bit key’. Here’s another YouTube video demonstrating how a lever tumbler lock works:


How many key and door lock combinations are there?

A lock could have more pins or more height possibilities depending on manufacturing accuracy and size of the lock. With pin cylinder keys, you can also add another dimension of complexity by putting grooves on the sides of the keys. Another type of pin cylinder lock uses the flat side of the key as a biting area, rather than the edge, which is known as a ‘dimple key’. Dimple keys are generally considered the most complex, with locks that are most difficult to pick, and are therefore the most unique.

How likely is it someone has my key?

While there is seemingly scope for every door lock in the world to require a unique key, reality is that a limited number of different key and door lock combinations exist. This is simply because key and door lock manufacturers don’t need to go through the hassle of making each door lock unique.

It’s statistically unlikely anyone passing your home has a key to your door lock in their pocket, and even more unlikely they’ll be aware of it—and burglars couldn’t lug about every different key made by a single manufacturer to try, as there’d simply be too many. If you’re weary, of course, there’s certainly no harm in installing a second lock (it’s even recommended!). That would increase the ‘uniqueness’ of your door locks by an additional factor 2.

What about master keys?

A master key is not, despite popular belief, able to open every door lock—they’re not magic! Instead, a master key is only able to open door locks that have been specifically designed to accept two different of keys: one that is specific to the lock, and one that is common across a number of locks. The key is nothing special; the locks are—there are two different shear lines for the lock:

Master keys can be held by one individual, such as a building manager, or by a whole host of people who share a common access door. It’s not uncommon these days for apartment dwellers to have one key that operates both the door lock to their apartment block and their private apartment. This means the external door lock to the apartment block has been ‘masterkeyed’ to respond to a range of different keys. Each individual apartment door lock, however, will only accept the one key its resident possesses.

Chances are, then, that your door lock isn’t unique, but your home is still likely as secure as it’s going to be. If you’re in any doubt, install a second layer of security, such as a burglar alarm or CCTV—or simply invest in a second lock!