If you don’t already live in Peckham then you have probably missed the boat getting a cheap property. The aspirant middle classes moved in a couple of years ago, which has brought a café and bar culture to the area, as well as inflated prices. But if you want to move to an area that […] 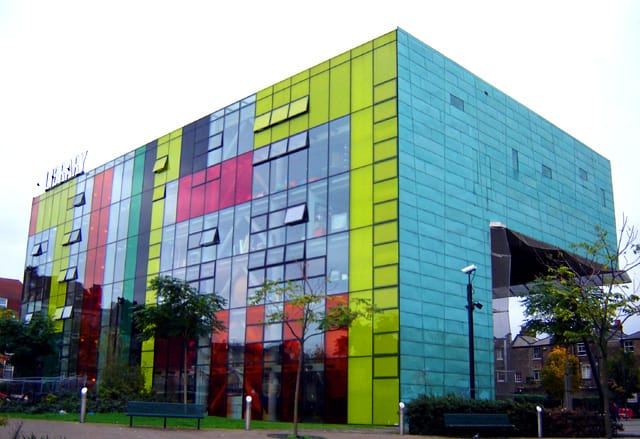 If you don’t already live in Peckham then you have probably missed the boat getting a cheap property. The aspirant middle classes moved in a couple of years ago, which has brought a café and bar culture to the area, as well as inflated prices.

But if you want to move to an area that is still vibrant and still doesn’t attract gangs of “bother boys,” like swathes of East London now does, then this area could be the spot for you.

Peckham is close to the art schools in Camberwell and New Cross, which has attracted arty types and it sits on the edge of a lovely park, where hundreds of parrots live. Theories why there live there include; that they were brought by Jimi Hendrix, that they escaped during the making of a film and that they were released from aviaries damaged during the great storm of 1987. (Add your on unbelievable explanation here)

Only Fools and Horses of course! The Nag’s Head pub is still open for business…just

Close to central London, trendy and not as intense as East London, so it’s fairly quiet in the week. But how long before stag do’s realise it is only a few mins from London Bridge?

The high street is still littered with fried chicken shops, mops for a £1 and mobile phone outlets. But they still reflect the diversity in the area. Not everything needs to be a vegan café.

The Begging Bowl, Thai restaurant is exquisite, can’t book so be prepared to wait…maybe over the road at the Victoria Inn. Bar Story under the station have great cocktails, but awful toilets. There is also a microbrewery next door, which is worth a visit. Franks bar on top on NCP car park is still the hip place to be seen in the summer months

Property All properties correct via www.zoopla.co.uk on 23rd September 2014

Bellenden Road and the surrounding neighbourhood – large Victorian terraces and town houses, are the place to buy. If you are looking for a cheaper property look around the Queens Road end (which also has its own station)

£975,000 An impressive four bed family home with the potential to extend, located moments from Bellenden Road