House prices are continuing to rise but sales have slumped by one fifth – with transactions in London down by a staggering 40 per cent, it was announced yesterday. The latest figures from the Land Registry revealed the average house in England and Wales cost £217,928 in November. This represents an annual price increase of […] 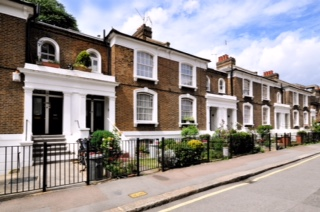 House prices are continuing to rise but sales have slumped by one fifth – with transactions in London down by a staggering 40 per cent, it was announced yesterday.

The latest figures from the Land Registry revealed the average house in England and Wales cost £217,928 in November.

There were 6,698 sales in the capital – down from 11,065 – with just 100 homes bought in the Royal Borough of Kensington and Chelsea, where the average house costs £1.3 million.

While house prices in London are up overall by 8.1 per cent year-on-year, Hammersmith and Fulham has seen an annual fall of 0.7 per cent with a number of other areas around the same price as they were 12 months ago.

The latest sales completion data is for September, with property experts partially attributing the referendum result on June 23 to the fall.

Henry Pryor, a buying agent, said: “Today’s transaction numbers cover the period immediately following the referendum and it comes as no surprise to see that there was a significant drop in sales being agreed in August.

“Buyers held back in London where the cost of moving is so much greater and where the risk of an expensive mistake equally significant.

“Changes introduced to Stamp Duty at the higher end in 2014 was already making buyers think twice and the surprise result on 23rd June compounded this. Only the brave or the opportunistic committed to a purchase last summer.” Mr Pryor has predicted house prices will fall by four per cent this year.

Russell Quirk, boss of online agent eMoov, believes transactions will start to increase as there has been “no detrimental impact” following the Brexit vote.

He said: “Although there is no definitive proof that the Brexit vote has caused a fall in transactions, there is no doubt it has influenced the decision of many not to sell.

“The shock of the result has evidently seen many home sellers freeze in their tracks and decide to hibernate through the Brexit fall out.

“That said, we are far enough down the line now to know that as far as the property market is concerned, there has been no detrimental impact and sellers with sellers emerging from their bolt holes for 2017 we should see transactions pick back up.”

In England, the November data shows an annual price increase of 7.2 per cent which takes the average property value to £234,278.

Monthly house prices have risen by 1.1 per cent since October 2016.