by Nathan Pynn
in Property 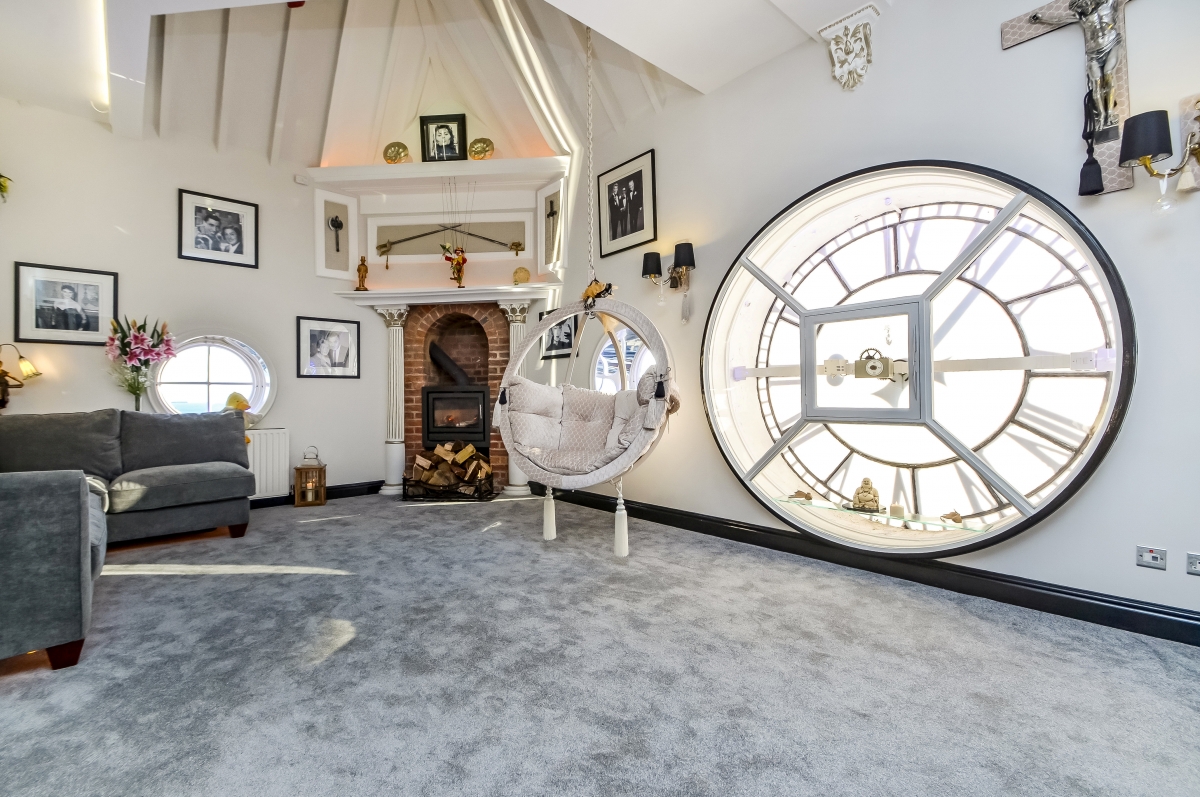 House-hunters have no excuse for being late if they move into this luxury penthouse – which is inside a working CLOCK TOWER.

The imposing two-storey apartment is part of the former Royal Marine Barracks in Southsea, Hants.

In honour of its military heritage, the two-bedroom property comes with its own flagpole and a huge 6ft 8ins wide external clock which is wound up in the living room.

The property also commands 360 degree views of the Solent and across to the Isle of Wight.

It is currently available to rent for £1,450-a-month with Fine & Country.

A spokesperson said: “The uniquely characterful property is split across two levels of the impressive tower, which is part of the former Royal Marine barracks.

“The views from the many circular port-hole windows are simply stunning, with panoramic vistas across the harbour, the city skyline and the Isle of Wight visible from the property.

“There are a number of incredibly charming features inside, such as the original external white clockface – measuring 6ft 8ins in diameter – which beautifully dominates the drawing room.”