HMP Prison Shrewsbury, also known as Dana Prison, which has 182 'bedrooms', has been put up for sale 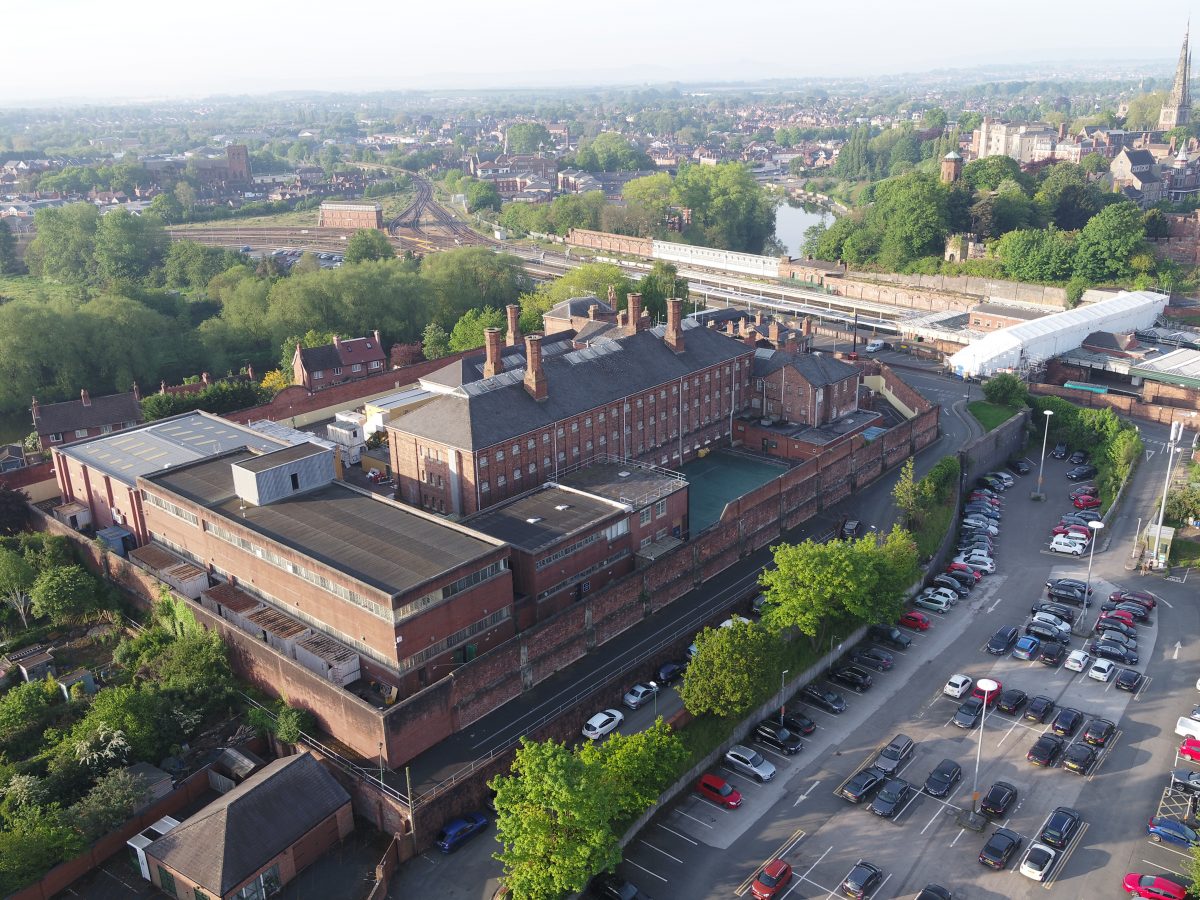 Househunters concerned for their family’s safety are being given a chance to snap up this ultra-secure property – a 19th century PRISON.

HMP Shrewsbury, also known as Dana Prison, in Shropshire comes complete with 182 ‘bedrooms’ and offers views of the medieval town and the River Severn.

The 200-year-old Grade II-listed building previously housed 300 lags and was closed down by the Government in 2013 as part of cost-cutting measures.

The category B/C men’s prison is now on the market and it is believed the one hectare site, which includes the perimeter wall and gatehouse, could fetch up to £2 million.

There has been a prison on the site since 1787 and the present building dates back to 1877.

However the amenities are much improved from those days – with mains water, gas, drainage and electricity all connected.

Toby Shaw, from Towler Shaw Roberts who is marketing the property, said: “It really is a unique opportunity to develop and convert an iconic complex close to Shrewsbury’s medieval town centre.

“Originally built as a walled prison, The Dana has a fascinating history and since its closure, it has stimulated considerable interest from TV companies and national media which reflects its iconic nature.”

Unconditional offers are invited for the freehold interest with offers considered for the site as a whole, or individually for the prison complex and the visitors’ car park site.

Mr Shaw added: “I expect a high level of offers.

“It will interest people who want to either do a new build or a conversion – it’s very rare to get a new build and conversion opportunity together – like developers, owner occupiers and investors because it has rental income.

“The vendors have invested considerable effort into achieving an exciting vision for the site and it is now available for sale.

“Due to other commitments the vendors have reluctantly decided to bring the property to the market.”

Current owner Trevor Osborne gained consent to develop student accommodation but decided to sell to focus on other projects.

He said: “We have got a lot of projects on at the moment and we feel the time is not good for building student accommodation.

“The higher education sector is hardly in the mood to be expanding at the moment. We looked at it and felt there are so many things we can be doing rather than wait for that to change.

“It is a very good site with lots of great history and I think it will interest a lot of people.”

A company that runs tours of the prison say they will stay in place for the foreseeable future.

Joel Campbell, of Jailhouse Tours, said: “We might even put an offer in ourselves.”

The notorious prison, which is conveniently located for the town centre has courted controversy in the past.

It was named as the most overcrowded prison in England and Wales in 2008 and also had an alarming suicide rate.

Between 1902 and 1961 seven murderers were executed by hanging within the prison – several of them by the famous executioner Albert Pierrepoint.

Offers are due by 12 noon on July 8 and can be made directly to Towler Shaw Roberts.