Chancellor Rishi Sunak has promised to “take the sting out” of the energy price rises, with a £200 rebate on energy bills. 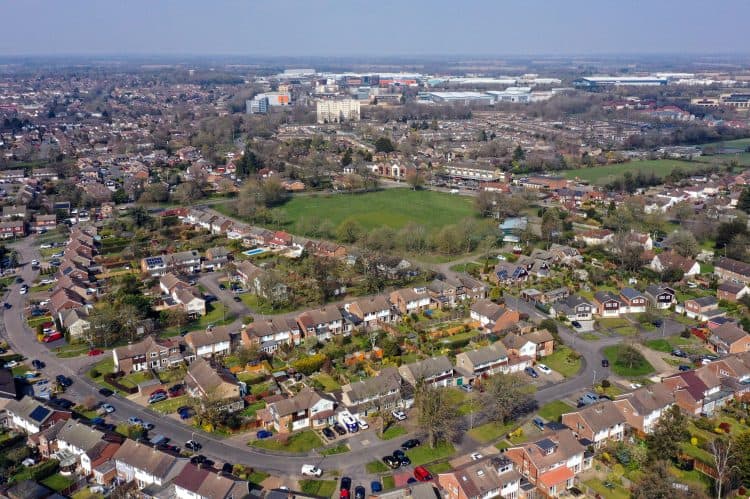 Homeowners struggling to cope with rising mortgage costs on top of other surging bills are being urged by lenders to contact them early.

People whose mortgages directly track the base rate will feel an immediate impact of the rate rise.

According to calculations from trade association UK Finance, Thursday’s rate increase could add around £26 per month onto a typical tracker customer’s repayments.

There are also expectations that further rate rises are on the horizon.

A base rate increase to 1.0% could potentially add £77 onto typical monthly tracker repayments compared with repayments when the base rate was set at 0.25%, according to UK Finance’s calculations.

And if the base rate increased to 1.5%, this could add around £129 onto monthly repayments, compared with the previous 0.25% rate.

Paul Broadhead, head of mortgage and housing policy at the Building Societies Association (BSA), said: “Given the rising costs of living, including the increase in the energy price cap that we have seen this morning and the tax hikes coming in April, the bank rate rise will be unwelcome news for many.”

He added: “Lenders are sensitive to the rising number of people facing a squeezed household budget and the advice to anyone worried about their ability to pay their mortgage, particularly on top of energy and food price rises, is to get in touch with their lender early.”

Around three quarters (74%) of residential mortgages are on a fixed rate – protecting homeowners from the immediate impact of Thursday’s base rate increase.

Some 850,000 outstanding mortgage deals are trackers, while more than a million are standard variable (SVR) deals. SVRs are set by mortgage lenders individually.

According to Moneyfacts.co.uk, the average SVR is currently 4.46%.

If Thursday’s base rate increase is passed on in full to an average SVR mortgage, this could add more than £680 over two years onto someone’s payments, based on them having a £200,000 mortgage, according to calculations from Moneyfacts.

If the base rate were to rise to 1% in future and was fully passed on to an SVR, this could add more than £2,000 to repayments over two years, compared with the previous rate at 0.25%, Moneyfacts found.

Households also face a squeeze from National Insurance contributions increasing by 1.25 percentage points in April, to help pay for the NHS and social care.

Chancellor Rishi Sunak has promised to “take the sting out” of the energy price rises, with a £200 rebate on energy bills.

Sarah Coles, senior personal finance analyst, Hargreaves Lansdown, said: “Despite the Government’s £200 up-front discount, bills that are hundreds of pounds higher will keep the pressure on for more rate rises as we go through spring.”

She added: “For three quarters of mortgage holders, higher rates will only become a problem when their fixed rate deal comes to an end.

“Unfortunately, new fixed rate deals rose for the third consecutive month to January – and given that the market is expecting more rises in the months to come, we can expect these to keep shifting northwards.”

David Hollingworth, from broker L&C Mortgages, said some lenders have still not passed on December’s base rate increase onto their SVR mortgage rates.

This could result in some passing on an aggregate increase “in one move”, he warned.

Mr Hollingworth said: “As deals come to an end borrowers will potentially emerge into a higher rate environment.”

He suggested: “Begin the process in good time to make sure a switch to a new deal is smooth and avoids any time on a SVR. Lender offers can be valid for up to six months, enabling borrowers to secure a rate now even if they are locked in for several months.”