Griff, said: "I think everything should be done to preserve them. The beach huts are part of the British seaside experience. They are beautiful." 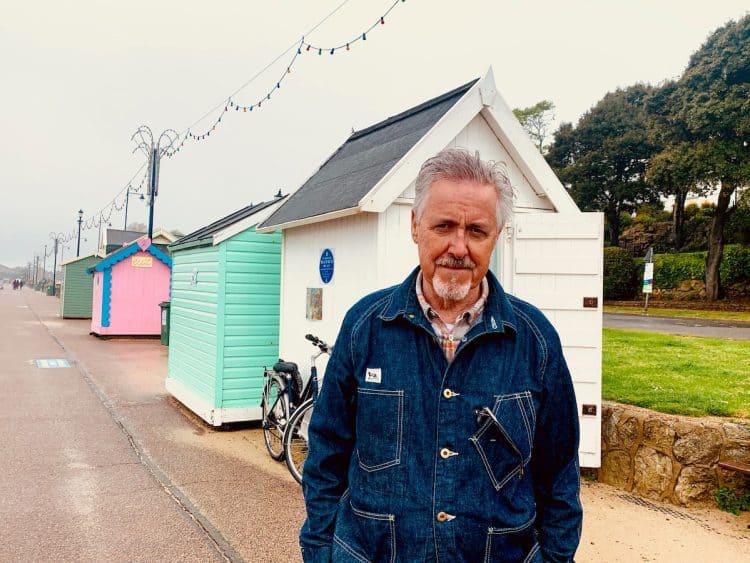 Griff Rhys Jones has sided with locals in a fight to save ‘Britain’s oldest beach huts’ from a forced council removal.

The 68-year-old celebrity weighed in on a “David versus Goliath” dispute over the location of the Victorian-era cabins dating back to the 1880s.

Councillors want to move the 44 wooden huts from their desirable promenade spot – where they’ve been labelled an “obstruction” to beachgoers – to other areas in the seaside town of Felixstowe, Suffolk.

But actor and comedian Griff Rhys Jones has urged the council to preserve what are believed to be the UK’s first beach huts, which can sell for tens of thousands of pounds.

Griff, who lives in Suffolk, said: “I think everything should be done to preserve them.

“The beach huts are part of the British seaside experience. They are beautiful.”

Griff is the president of the Victorian Society, a charity that aims to protect Victorian and Edwardian heritage in the UK.

He added: “I’ve lived in the area for 40 years and I know Felixstowe very well. It’s my nearest seaside.

“When my children were small they used to go to the beach. It’s where we go for ice cream and fish and chips.”

On Sunday, Griff shared an Instagram picture of him alongside locals campaigning to save the beach huts, which has gained around 3,000 likes.

He captioned the post: “Felixstowe. Keep your beach huts. The council want to get rid of them. Why?

“These good people are fighting to preserve what may be oldest shedloads of beachside gaiety in the land.

“The Vic Soc is behind them. They are a treasure.”

The beach huts’ location near the town’s Spa Pavilion has been contested since 2018 when the ‘Beast from the East’ storm caused erosion to Felixstowe beach.

The huts, for which owners pay a £500 ground rent, have historically been on the beach in the summer and on the promenade in the winter.

But they were permanently moved to the promenade in 2018 due to the beach being deemed unsafe for them.

Councillors now want to move the cabins to other locations in Felixstowe as they claim they are obstructing the promenade for beachgoers.

But campaigners say the council has only found spaces for 30 huts, meaning that 14 owners will lose their beach huts.

Ruth Dugdall, an author who has owned a beach hut with her family on the promenade for 20 years, said that they faced a “David versus Goliath battle”.

She said: “We’re not an obstruction. We’ve got 15 usable feet on our promenade.

“The council are completely ignoring the history of the huts. If you move them you completely change how the area looks.

“The council are digging in their heels. We don’t have any power. We’re David versus Goliath.”

Ruth has signed a petition to save the huts which has had 4,000 signatures since starting two months ago.

Felixstowe has more than 900 beach huts and they are notoriously expensive, with one selling for £88,000 last summer.

She said: “What the council did to these people has been completely mismanaged.

“It would be a travesty if the council don’t keep the beach huts in this area.

Julie, who has owned a beach hut in Felixstowe for 35 years, added: “The council served termination notices in February and beach hut owners lost their licences on March 31.

“We managed to stop them having to vacate on April 7 because of the legal action we launched.

“The council only have room to move 30 beach huts, so 14 would have to lose their huts.

“We desperately want mediation so we can take it right back to 2018 when the storm came in and these huts had to be moved.”

East Suffolk Council has previously said that it explored all reasonable options before deciding to relocate the beach huts.

The petition can be found here: https://www.change.org/p/save-felixstowe-spa-beach-huts

Related: Family evicted from home in Cornwall warned they could be moved 250 miles and should see it as ‘a holiday’