By Bea Patel, TLE Property Editor and Director of Shop for an Agent Liverpool’s overall city centre population rose by 160 per cent between 2001 and 2011. Its younger residents – aged 22-29 -more than quadrupled in number. It has a growing reputation as the start-up capital for the North, based on the entrepreneurial spirit […] 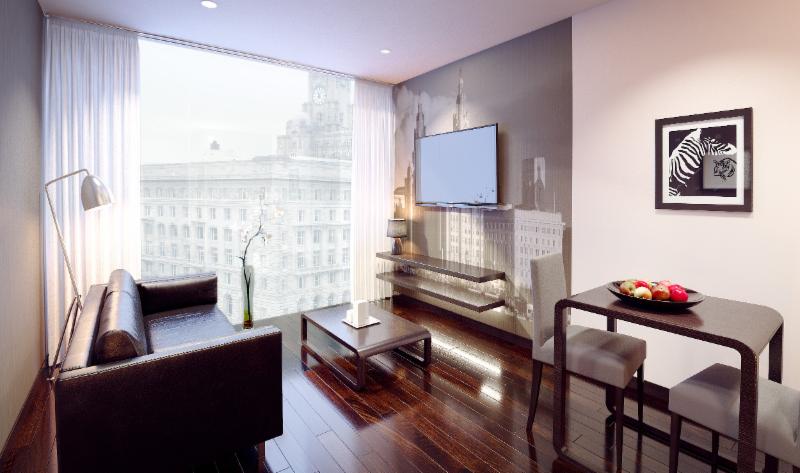 Liverpool’s overall city centre population rose by 160 per cent between 2001 and 2011. Its younger residents – aged 22-29 -more than quadrupled in number. It has a growing reputation as the start-up capital for the North, based on the entrepreneurial spirit of the city’s community. Santander also opened its first business incubator there in 2014.

Liverpool is also home to the SparkUp accelerator programme and Launch22 has opted to open its first incubator outside of London there.

This business and entrepreneurial ethos has spread throughout the city, based on a solid and rapidly improving financial foundation. According to PwC’s Good Growth for Cities 2014 report, Liverpool saw the largest improvement in income equality, and the fourth largest rise in income per head out of any UK city.

Knight Frank’s latest Prime Country View report highlighted the rise of urban prime in the UK over the past decade. Prime property values in town and city markets have jumped 26 per cent since 2005, compared to 7 per cent for rural properties. Rural homes languish at 13 per cent below their 2007 peak, and prime city residences exceeded their former peak by 3 per cent.

These figures tally with the experiences of those in Liverpool. A report by Centre for Cities shows the number of people living in the city centre more than doubled in the decade to 2011. The report claimed young professionals fuelled the rise: more than half were aged between 22 and 29 by 2011, a figure that reveals a new trend in city centre living.

Job availability was the main reason behind the rise, but not the only attraction, as Jonathan Stephens, managing director of Surrenden Invest, explains: “We’ve seen a real rise in demand for luxury city centre living over the past decade. Young professionals are no longer happy to settle for mediocre accommodation in the suburbs and a tiresome commute to and from work.

“They want a luxury pad that’s ideally located for work – as well as for accessing the city’s leisure and cultural pursuits during evenings and at the weekend. It’s all about location AND luxury. Prime developments need to be well located and offer additional features like concierge services to really pique the interest of contemporary young professionals of today.”

Apartments such as The Strand Plaza in Liverpool are an example of the type of living these young professionals desire. The building is within Liverpool’s UNSECO World Heritage waterfront area – a prime city centre location. Living spaces are targeted at young professionals (with a taste for the finer things in life). With apartments fully furnished and premium amenities such as a 24-hour concierge service, it’s clear to see the attraction.

Developments such as this are seen to meet the growing demand for luxury accommodation that cities like Liverpool are experiencing. As the Centre for Cities report observes, the higher cost of properties that provide city centre living is no longer the deterrent that it once was for young people just starting out on the career ladder.

Stephens concludes: “These people are willing to pay a premium to live there, in order to access the amenities that city centre living offers – being able to walk to work, be near cultural attractions, shops and restaurants and being surrounded by other young, professional, single people.”

With so many younger professionals moving to the city centre to be part of Liverpool’s future, it will be interesting to see how much better the city performs over the coming years.