We interview the chairman and one of the shareholders of the supervisory Board of  Ukrainian IBOX BANK Alona Shevtsova, who shares an insight into the current position of Ukrainian banks after the Russian invasion, and how they seek to help businesses and society in these difficult times. 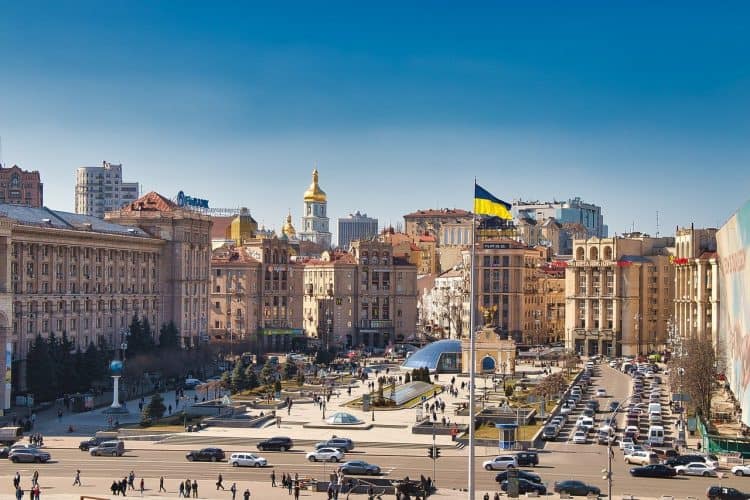 How has the banking market changed after February 24, 2022?

I am sure that after this date, many people have changed their overall understanding of living and level of awareness. Not to mention that irreversible changes have taken place in the economy and all its sectors. But the banking sector must be the foundation and support for the state. And we managed to keep it even now.

In recent years, we have become accustomed to the fact that the banking sector is profitable. Only in 2021, the profit of the entire system reached UAH 77.5 billion. Banks had a high margin of safety, and even the total loss of the market for the first half of the year (UAH 1.3 billion in January – May) did not really affect the liquidity of banks. Despite the fact that the overall level of capital has decreased, the banking system is still stable.

In order to maintain the stability of banks, the National Bank of Ukraine is doing a tremendous job, and every market participant is implementing effective measures.

How did the regulator work in extreme conditions? What valuable solutions of the NBU can you set as an example?

We need to understand that at the time “before the invasion” the banking system of Ukraine was at the peak of its development. And what happened “after the invasion” on February 24 only introduced new rules, to which we are adapting and are already seeing new growth points.

Today we can say with confidence that the banking system continues to work thanks to the competent work of the regulator. The National Bank was preparing banks for a possible crisis in 2021 and gave the sector time and recommendations to prepare for the possible situation of martial law. Even though we believed in the best scenario, we had to prepare for the worst. As a result, the banks developed a clear and detailed plan of action in crisis situations, which helped a lot.

What were your first decisions after the invasion?

First of all, we had to solve various personnel issues: It was necessary to preserve the greatest value of people’s lives. We promptly relocated the team and the families of employees from the most dangerous regions, which allowed the bank to continue its operation in extremely difficult conditions. And four days after the invasion, following our position of economic patriotism, we held a General Meeting of Shareholders of IBOX BANK JSC and decided to capitalize all the income for the last year. In other words, we increased the bank’s capital.

By the end of 2021, IBOX BANK entered the NBU rating as one of the most profitable banks in Ukraine. We made a profit of more than 500 million hryvnias. Was the increase in the authorized capital an emotional decision?

The information pressure caused concern not only among the sector but already among all Ukrainians. We all remember that in addition to the moral perception of the high probability of invasion, there were enough photo and video facts of the Russian troops.

We felt emotional fluctuations in the team and even some confusion. Therefore, a week before the invasion, we decided to support the team. First of all, it had to be emotional support. It was important to show the employees that, despite the geopolitical uncertainty, they can rely on their employer. Thus, an additional financial bonus cheered up our colleagues a bit.

One of the concerns of banks in March and April was the situation with deposits, but we managed to avoid a strong outflow of funds. Why did this happen in your opinion?

The tension in the information field due to the risk of Russian aggression affected many depositors. They started taking money from banks already in January. But the war has not affected the real level of interest in bank deposits. Even now, it remains stable, although some outflow of funds has negatively affected the liquidity of banks.

First of all, there was no strong outflow due to the restriction of cash circulation by the NBU. An important role was also played by the inability to get physical access to bank branches during the war. In addition, the strong outflow of funds was also blocked by restrictions established by bank deposit agreements without the right of early termination.

The NBU recently raised the basic rate from 10% to 25% per annum. How important is this decision? What consequences do you already see and expect?

The NBU made the decision correctly and on time. It happened at the moment when the banking market received a high level of hryvnia liquidity, which in a short period of time could lead to a significant increase in inflation and devaluation.

How are depositors behaving now? Do you have new deposits as of now?

Customers, who decided to keep their hryvnia assets will look for opportunities to compensate for losses by placing them in deposits with high rates (starting from 18%). The experience of 2008 indicates the correctness of this position. Some depositors will try to transfer assets into foreign currency savings. Most of these depositors will withdraw deposits in cash. In general, it should be understood that many Ukrainians who went abroad are wealthy people who had savings. And now they simply cannot use their funds abroad.

Today Ukrainians are interested in fast money. In order to save and accumulate funds, people prefer traditional tools. Those are short deposits for 1-3 months with the highest level of profitability.

Already in the spring of 2022, banks started to resume their credit programs, primarily for businesses under government programs. How important is this for the military economy, which is practically dependent on the agricultural sector blocked by the aggressor?

Active business financing is now important for the preservation of production capacities and jobs in companies, ensuring food security for Ukraine and the world, as well as economic recovery.

In addition, it is extremely important to understand that the former economy will no longer exist, and we need to work now to create the necessary conditions to attract investments.

Trends in 2022 indicate that some banks may increase the level of lending. And we are talking about financial institutions with innovative development models that are interested in the development of advanced technologies and high-tech developments.

As for state assistance, government programs for the development of the agricultural industry, as the locomotive of the economy, play a key role today. Thanks to the “5-7-9” program, as well as the initiative of interest-free loans to small farmers, obstacles to increasing the added value of the agricultural sector of Ukraine have been minimized. However, the industry still requires an increase in bank lending activity.

What business lending programs do you have and when did they resume?

Since the beginning of the war, the bank has not only not slowed down its activity in the field of corporate lending but has increased it.

From the first days of the war, we set the following goals:

Qualitatively analyze the risks.
Introduce a plan to minimize those risks.
Support clients who are able to do business during the war.
To minimize the losses of the bank with businesses that have suspended their activities as a result of military aggression.
We could see the first results already in May when most customers paid interest on loans for the period from February to April, which were postponed to future periods.

We also carried out work on the introduction of the following new banking products for business entities (corporate businesses and SMEs):

We are also actively working on launching such tools as factoring and bank guarantees. We are actively promoting our new product called military bonds.

How effective is the military bond program? How do you assess this tool? What are its advantages and is there a demand for such bonds?

Already today, society is experiencing secondhand embarrassment about people hiding from their own country and not willing to help Ukraine. This approach shall be applied not only to Ukrainians. The entire world community feels its responsibility and involvement in the fight against Russian aggression.

Government securities are an ideal opportunity for workers of labor fronts to be a part of the victory of Ukraine. By purchasing government bonds, you not only help the army and the country but also save your capital, because the invested funds are returned with interest.

You also talked about donations during wartime. I have to highlight the fact that our businesses have consolidated their efforts by helping their country, provincial armed forces, and the Armed Forces of Ukraine. Can you tell us how business can help the country today? Do you have any examples from the banking field?

We live in a unique time. We are building a new country, and every Ukrainian is making history today. We create and finance charitable foundations, buy military ammunition and raise money for drones. We also help internally displaced people and refugees.

In the first hours of the war, the bank began relocating employees from the most dangerous locations. We provided assistance 24/7. Fortunately, we managed to evacuate colleagues and their families without loss. However, the whole world witnessed the grave consequences of the lack of action for hundreds of people. We have seen many burned cars along the roads, as well as hundreds of bicycles, which were used by Ukrainians to evacuate from their towns and villages. During the first days of the war, we gave the entire fleet of our collection vehicles to the needs of the Armed Forces of Ukraine. Armored cars were used both as evacuation vehicles and as vehicles for the military.

It is important to understand that we realize and accept our civic responsibilities in such a difficult period for the nation. We respect ourselves, the state, laws, and our common values. We are more nationally consolidated than ever. That is why we accomplish wonders.

There was a specific period in the volunteer work of the bank’s employees when we had to face the fact that we could no longer supply ammunition and humanitarian goods to the regions via Poland. It is worth noting that not only the bank helps the country, but entire Ukraine, and the whole world. Therefore, we have expanded our geography by fulfilling orders through suppliers and embassies in Turkey, Europe, and the USA.

Today the Ukrainian nation has become united! Unfortunately, we are losing brave, intelligent, and talented people. We are also losing the economy. Most likely, we will lose half of the gross national product this year. However, already today we know the price of losses. And we all believe in Victory of Ukraine!