A former manager at YouGov said the pollster was pressured by its Tory MP founder to suppress the poll. 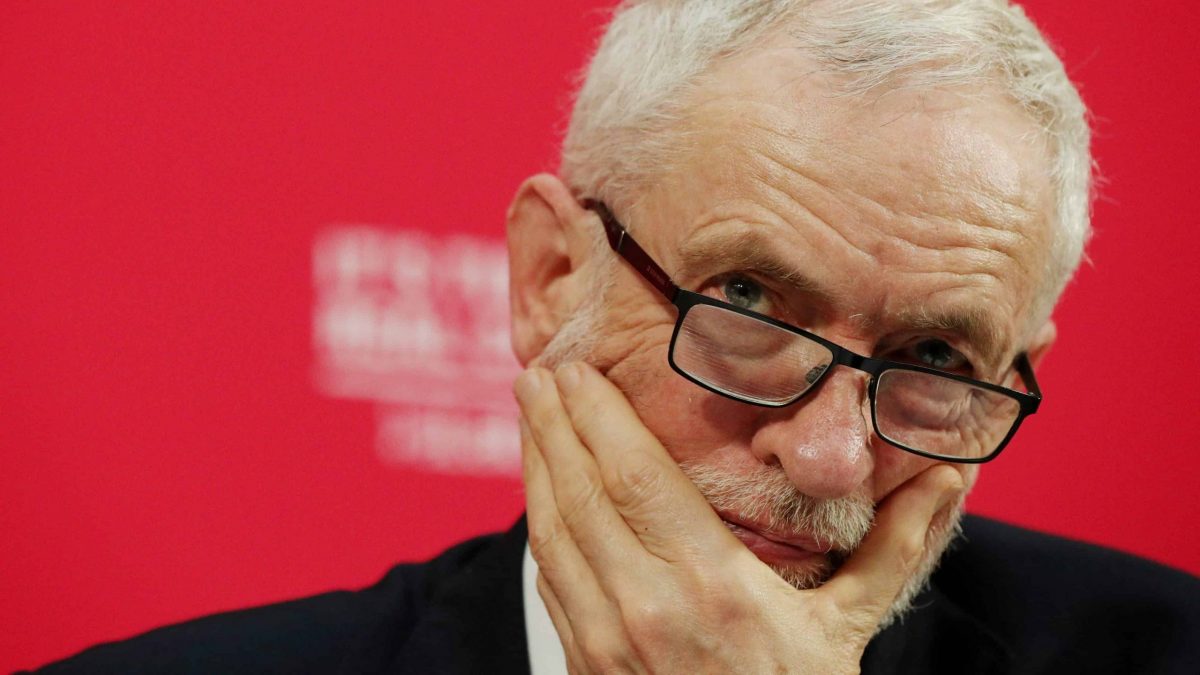 YouGov suppressed publication of a poll during the 2017 election campaign because it was “too positive about Labour”, a former manager at the pollster has claimed.

Chris Curtis revealed a poll conducted after a key leadership debate showed Jeremy Corbyn had won “by a country mile” – but that the pollster banned its release under pressure from its founder: a Tory MP.

YouGov has denied Curtis’s accusations, saying the poll was pulled because it had “a skewed sample”.

But Labour figures have branded the claims “shocking” – and suggested they raise questions about “the health of our democracy”.

‘Too positive about Labour’

In a Twitter post on Wednesday, Curtis – who is now head of political polling at rival Opinium – said:  “We did a fantastic debate poll in the hours following the debate that Corbyn took part in.

“The results were stark – Corbyn won by a country mile, and one in four Tory voters thought he was best.

“But despite having written the story and designed the charts, we were banned from releasing the story because it was too positive about Labour.”

Curtis said bosses at YouGov had “panicked at the backlash” to earlier research predicting a hung parliament – a surprising result at the time.

He said that Nadhim Zahawi – a Conservative MP who is now Education Secretary, and co-founded YouGov in 2000 – phoned the pollster’s chief executive and “said he would call for his resignation if he was wrong”.

Curtis added: “It became pretty clear we would all be out of the job if we were wrong now.”

The firm subsequently tweaked its polling methodology for its final poll before the election to boost the Tory lead “after pressure from high-ups and despite protests from those of us who thought it wasn’t ok,” he said.

John McDonnell – who was shadow chancellor at the time – told The Independent:  “This is a shocking but immensely important revelation. It throws into question the integrity and independence of polling on this country.

“The bulk of the oligarch owned media were working overtime to prevent Labour being elected but to find out that polling was being manipulated against us takes the debate about the health of our democracy to a new level.”

James Schneider – who was head of strategic communications for Corbyn’s Labour – said the claim  “more than confirms my suspicions at the time about modelling meddling”.

A spokesperson for YouGov told The Independent: “Chris Curtis’s allegation that we suppressed a poll because the results were ‘too positive about Labour’ is incorrect.

“There was a poll run by Chris following the debate in Cambridge on 31st May 2017. When reviewed by others in the YouGov political team, it was clear that the sample of people who watched the debate significantly over-represented Labour voters from the previous election.

“The idea that YouGov would suppress a poll that was ‘too positive about Labour’ is plainly wrong – as evidenced by the fact that in the 2017 election YouGov published an MRP model showing Labour doing significantly better compared to most other polling organisations.”

Responding to YouGov’s statement, Curtis said he believed the poll in question was conducted in “exactly the same way as we ran this other debate poll, which nobody had any problem with us publishing”.

He added: “The most important finding of the poll, the one I wanted to focus on and thought was most important, was that a good chunk of Tory voters thought Corbyn had won. This is rare in a debate poll where results normally fall down party lines.”